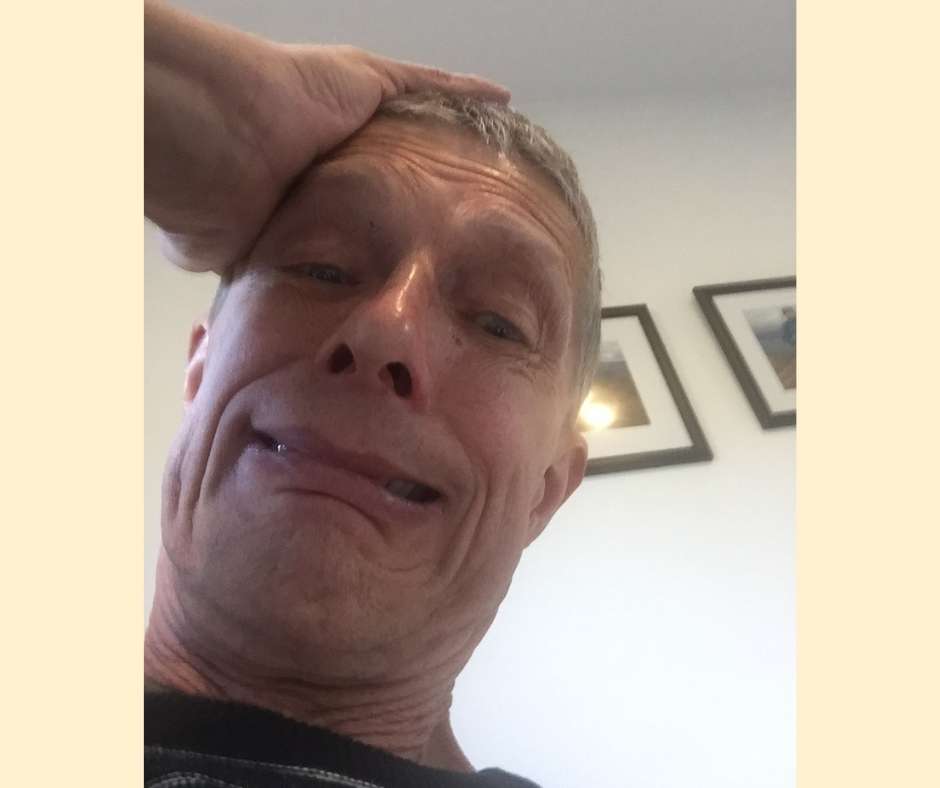 Just kidding. I’m not actually weeping but hey, the thought occurs to me that I might have taken a wrong turn. Nearly four months ago, I pulled the pin on what had been intended as a ten-year project. My Big Decade, running from age 60 to 70, was meant to stock each calendar year with varied but precise daily challenges, various Big Years. But I ran out of steam and I was repeating myself and … well, maybe the original idea was a crock? So I cancelled the enterprise halfway through.

Now, a while later, I reckon I’ve lost something. Without obsessive daily pressure on my obsessive psyche, I’ve gone backwards in certain areas. I’ve lost fitness and am drinking a tad too much and my weight balloons – is this due to the pandemic or lack of a fitness/wellbeing Big Year? I’ve dropped all the little daily tasks that previous years had witnessed – am I now set in my ways? Some of the original romantic ideas behind the Big Decade – do a Tough Hikes Big Year, Andres, or why not a Global Birding Big Year? – are now just youthful memories, and isn’t that a damned shame?

Should I set off again? Should I harness my innate desire for daily structure, for structured challenges? I don’t know and I’m blessed if I perceive how to even contemplate this maverick notion. 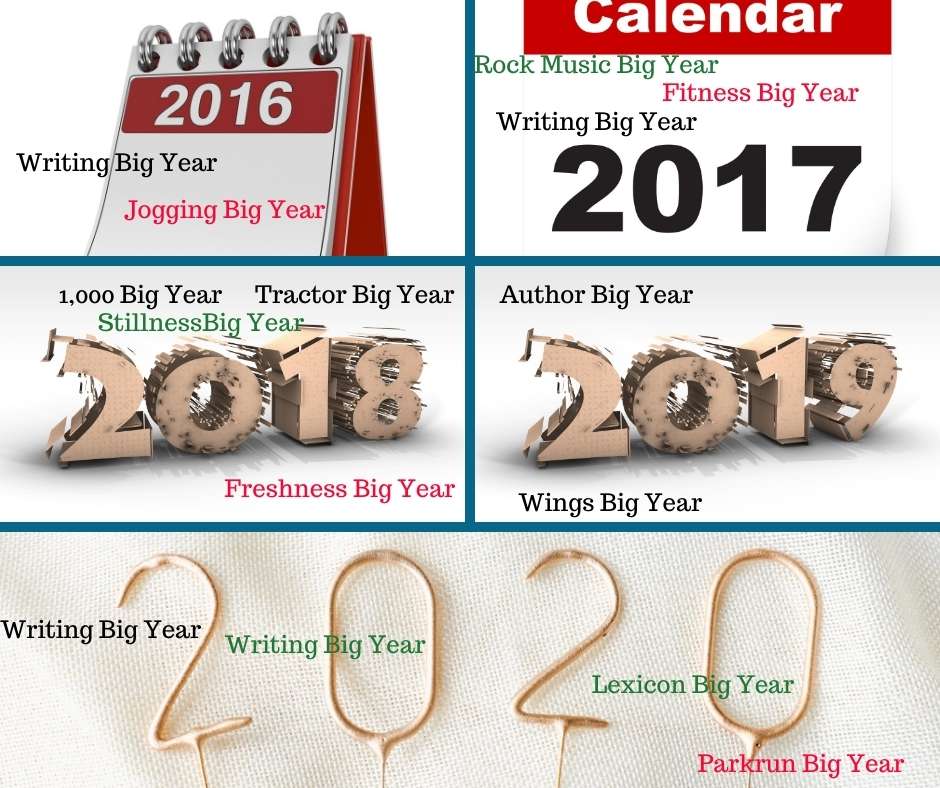 Five years ago, on my 60th birthday, I had a brainwave and launched a Big Decade, with the intention of running different Big Years for ten years. Each Big Year would impose a daily, obsessive requirement or activity, for 365 days. I saw my Big Decade as one way to inject energy into my 60s.

I decided yesterday, on my 65th birthday, to call it quits after five years. It has been half a Big Decade and that’s the end of it.

Why abandon what has been both meaningful and fun? Well, I’ve changed. At age 60, I sought huge challenges: a Big Year of tough hikes, a Big Year of long pilgrimages, a Big Year of daily birdwatching. Now I’d like to commit the second half of my 60s to writing and family (one delightful surprise in my life has been the arrival of five grandchildren), while still occasionally hiking, birdwatching, etc. At age 60, I promised myself a Rock Music Big Year, in which I listened daily, followed by Reading and Movie Big Years; I did the first and the other two are now part of regular life with my review blog (ReadListenWatch.com). At age 60, I wanted to dedicate a year to battling coal, the scourge of climate change, and another year devoted to the Greens. I’ve moved on from those days and now Extinction Rebellion is the go, and it’s something that can’t be obsessive, it waxes and wanes. And what has also become clear to me is that writing, especially the nuclear book, has to remain central (I have in fact run six “writing” Big Years over the last half decade), not just a daily “must do,” but embedded deep into the cracks of every day.

Let me tell you that the Big Half Decade has been marvelous and I commend to you the idea of daily obsession, focus, and grit, but this discipline hasn’t always worked as well as I’d imagined it would. If I narrate the half decade, you’ll get the picture. 2016 was Jogging (which worked brilliantly, that was the fittest I’ve ever been) and Writing (only partially successful). 2017 saw Fitness (expanding into cycling which worked well until I broke down) and Writing (once more a mixed bag) and Rock Music (wunderbar, such joy!). In 2018, I ran a Big Year called 1,000 (i.e. a thousand words a day, didn’t work), a Freshness Big Year (based around a holistic approach to fitness, a minor flop), a Big Year of learning how to self-publish books (tick!) and a Stillness Big Year (just ten minutes of meditation a day, a success that I haven’t kept up). In 2019, I retreated into myself with two writing projects, the nuclear book plus research on a new birding/climate change book; much useful work eventuated but also much dispirited flailing. I began 2020 with a Parkrun Big Year, which was halted by Covid-19, and a Big Year devoted to Extinction Rebellion (Covid also scrunched this but in any case, I discovered daily obsession is not the way to do activism). More recently, I’ve gone back to a Writing Big Year (motivating but I’m motivated not by the Big Year concept but by love of the work) and a daily habit of improving vocabulary with unusual words (fun but hardly revolutionary).

All in all, my 2015 brainwave sometimes delivered significant results but often sent me down blind alleys or even distracted me from what I should have been doing. I rue none of it but keeping it going until age 70 no longer makes sense.

So … no more. No more Big Years. No more blog. This is the final post. 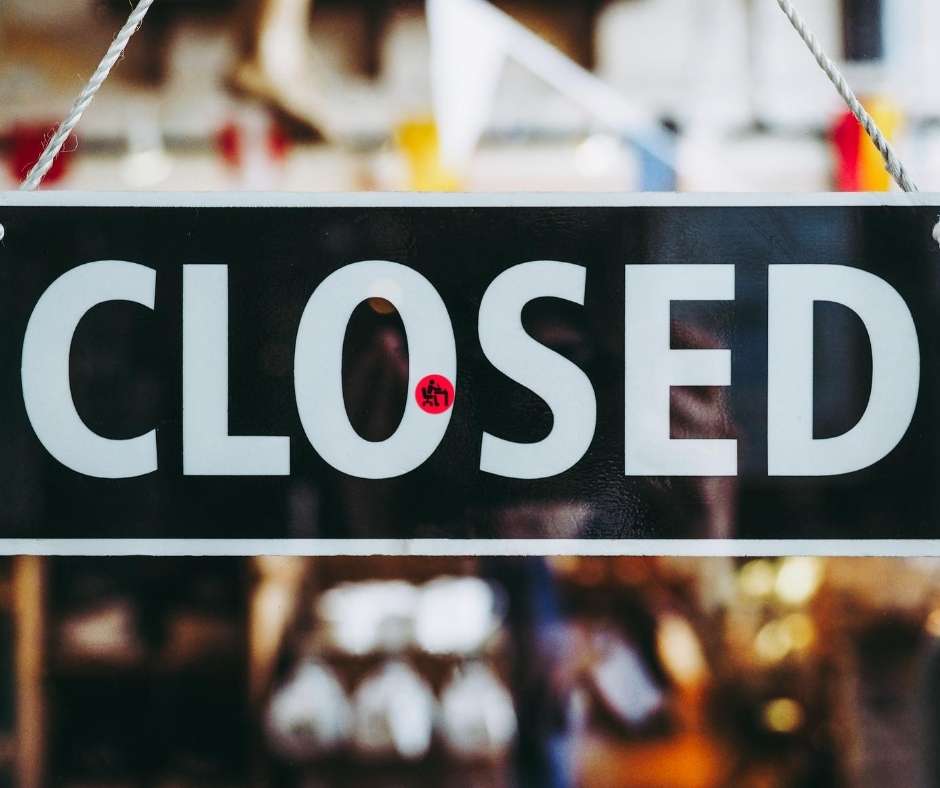 Will our post-Coronavirus world radically reinvent itself or will it, as someone quipped, be “just the same but with enhanced hygiene”? That’s way beyond my conscious analytical ability, but I’m doing what I always do: read and read and read. Even before the inevitable avalanche of futurism, I reach out at random: Marina Benjamin’s Garden Among Fires: A Lockdown Anthology; The Good Ancestor: How to Think Long Term in a Short-Term World by Roman Krznaric; Zadie Smith’s Intimations: Six Essays; and The Virus in the Age of Madness by Bernard-Henri Levy. And after these, more and more… We must read and think. 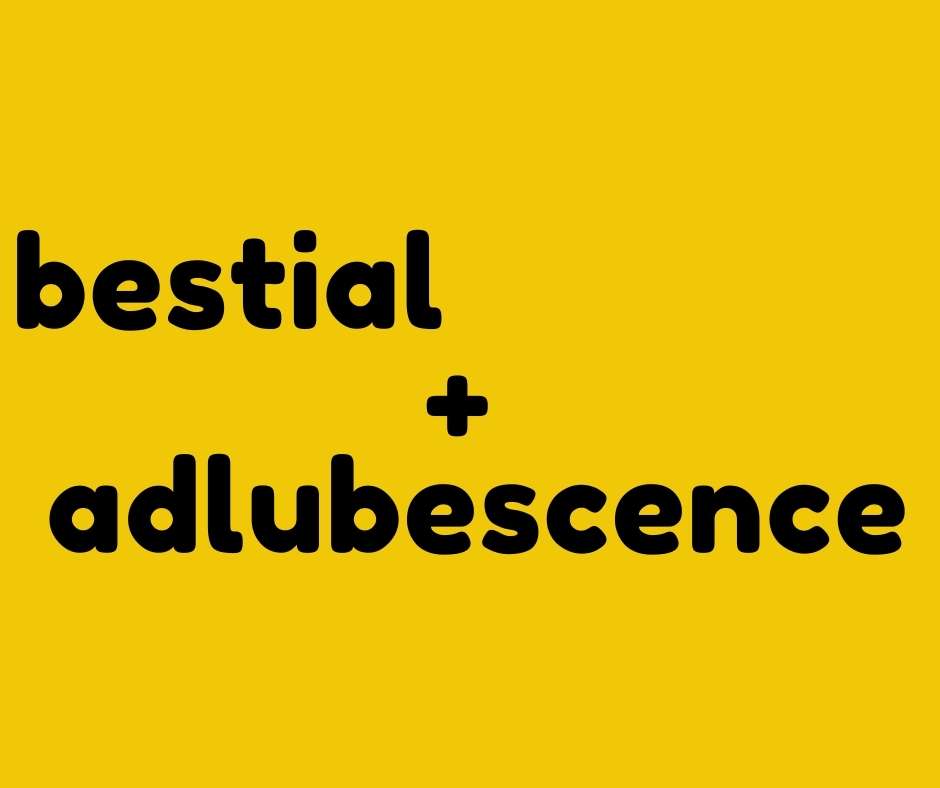 Aug 16: Steven Poole’s delightful word is adlubescence, something that really, truly brings pleasure or delight. As he himself says, adlubescence is a “charming word”, and charming words always refresh me.

Andres Kabel’s word of the day? Doesn’t bestial sound great? It carries a range of dictionary definitions, from a technical orientation of “relating to animals,” to “exceedingly cruel,” and even to “involving human-animal sex.” I often wonder: are humans bestial or not?

Wake up. Exercise (you can’t write without running). Write and write and write as best you can. Lockdown bathes you with time freed up but lockdown blankets you with a future stripped down to mere weeks. Sometime soon you need to pause and plan, month by month, perhaps even week by week. Soon, soon. 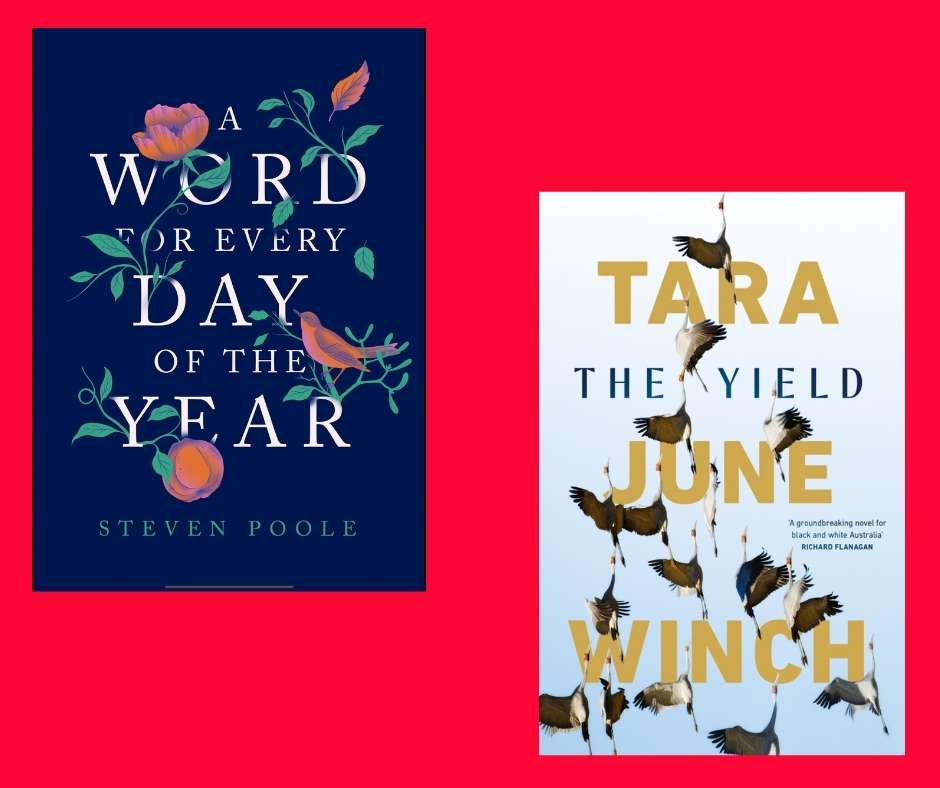 How oddly rewarding it is to dip into a book of mystifying new words every day as part of my Lexicon Big Year. Steven Poole’s A Word for Every Day of the Year is superb. Imagine then my delight in reading, at the same time, this year’s Miles Franklin winner, The Yield by Tara June Winch! One of the artful narrative devices employed by the award winning author is to interleave the story with an expanding lexicon/dictionary of indigenous words, specifically over a hundred (so 30% of Poole’s word digging, but still substantive) Wiradjuri words or phrases. Words are magical. 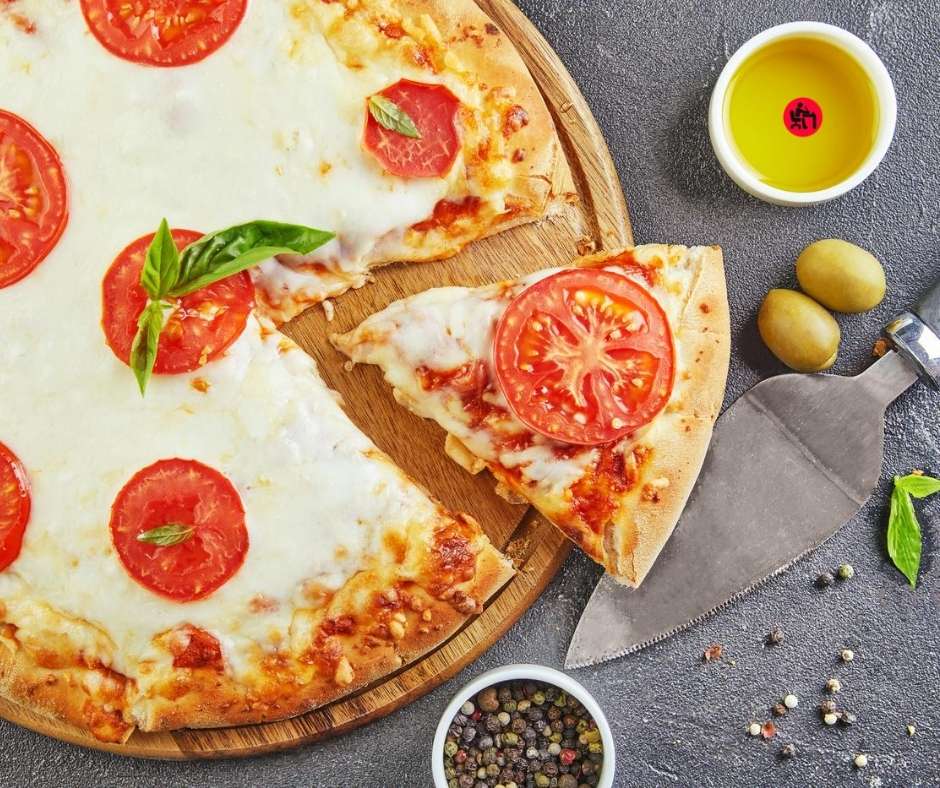 I cannot blame Melbourne’s first lockdown for thickening my girth, an uptick in my weight, but it definitely did not help. Over 2016 (my Jogging Big Year, a huge success) and over 2017 (Fitness Big Year, branching into cycling), I averaged 77 kilograms. I was, it turns out, as lean as I’ll ever be. In 2018, I added a kilo, and then in 2019 I added two more, so suddenly I was at 80 kgs! Things got worse over the first quarter of this year, and lockdown saw me reaching for pizza and wine as comfort food.

When our second lockdown struck, five weeks ago, I weighed 83 kgs and jogging was labored. So change was needed and fortunately I did the right thing (not always a given, I can tell you). This week has been my fifth week of undergoing Michael Mosley’s Fast 800 regime. Every Monday and Wednesday I eat only 800 calories, about a third of normal. I’m also trying his version of “time restricted eating,” trying to eat only between a 10 AM breakfast and conclusion of dinner at 7 PM. As you read this, you can immediately see how lockdown, with its unstinting regularity and uniformity, suits my Fast 800 tortures. And it’s working: I’m now below 80 kilograms and hoping to settle somewhere around 79 or 78. I’ll never be lean again but I can, it now seems, avoid fatness.

But Fast 800 penalizes. On Mondays and Wednesdays, I’m grumpy. I keep exercising (otherwise I lose muscle mass, not body fat), which exacerbates grumpiness. So guess what? I give myself leeway to work less strenuously. On those days, I can do some real drafting work but never a full complement; instead it’s down to catch-up crap, research, marketing, etc., etc. And the weirdest thing is, on Tuesdays and Thursdays, I feel liberated and readily “take a break.”

So it’s a matter of perspective. I’m slimming down at the expense of work quality, on the grounds that in another few weeks, I’ll possess enhanced innate energy and can power onward. Right now, on this Wednesday, halfway through an afternoon of what seems like privation, that perspective is tough to keep in mind.

Aug 5: Aerumnous is Steven Poole’s ancient abandoned word meaning “full of troubles.” When the Stage 4 lockdown news startled me three days ago, I couldn’t help feeling that I and the world are aerumnous. I’m not sure of the pronunciation but either option should sound wonderful.

I woke up in the middle of the night with a possible sentence for my book and it featured the word baleful. It means “menacing” or “threatening harm.” I’d always thought it was best used in connection with someone cast as the devil, as in “the devil’s baleful gaze,” but now I think that’s mistaken. 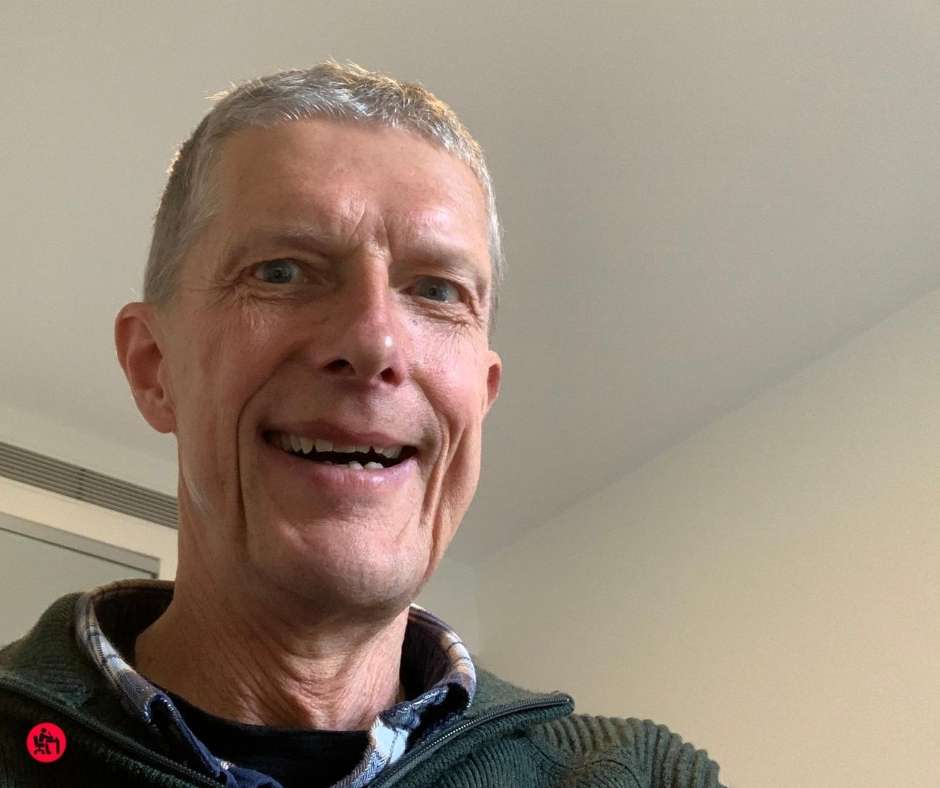 Over the first full fortnight of our second lockdown, I put in 108 writing hours, just what the Writing Big Year requires. Drafting time only amounted to 58 hours, not the 84 hours I’d prefer, but hey, there has been plenty of friction. So I should be happy and you can call me happy and I took a selfie in which I tried to look happy, but you know what? The photo is fake news. Happy I’m not – the world is sick and I know people who have died and I know people struggling mightily. 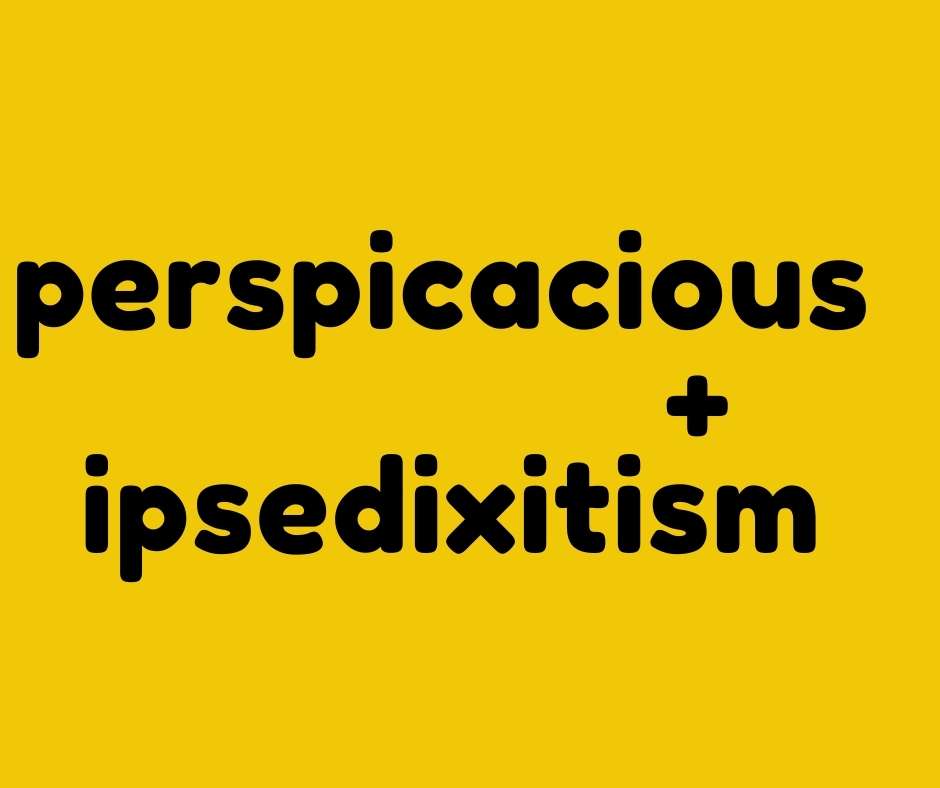 July 25: Ipsedixitism. Huh, what you saying? Well, this, according to Steven, is how you describe someone “who appeals to an idea he thinks is obvious and needs no further explanation.” This can be a tactic to avoid drawing attention to any real criticism of the idea. A word two-hundred-plus years old, let’s acknowledge ipsedixitism.

Jogging this morning, for who knows what reason, a word sprang to mind. I muttered, “persispacious,” “persospicious,” maybe “perococial,” a word having something to do with luck and foresight. It took another twenty minutes on the road for the right word to slip into my addled brain. The word is perspicacious, and it means “having a ready insight into and understanding of things” or “of acute mental vision or discernment.” So not only could I not pronounce it, I had no idea what perspicacious means.