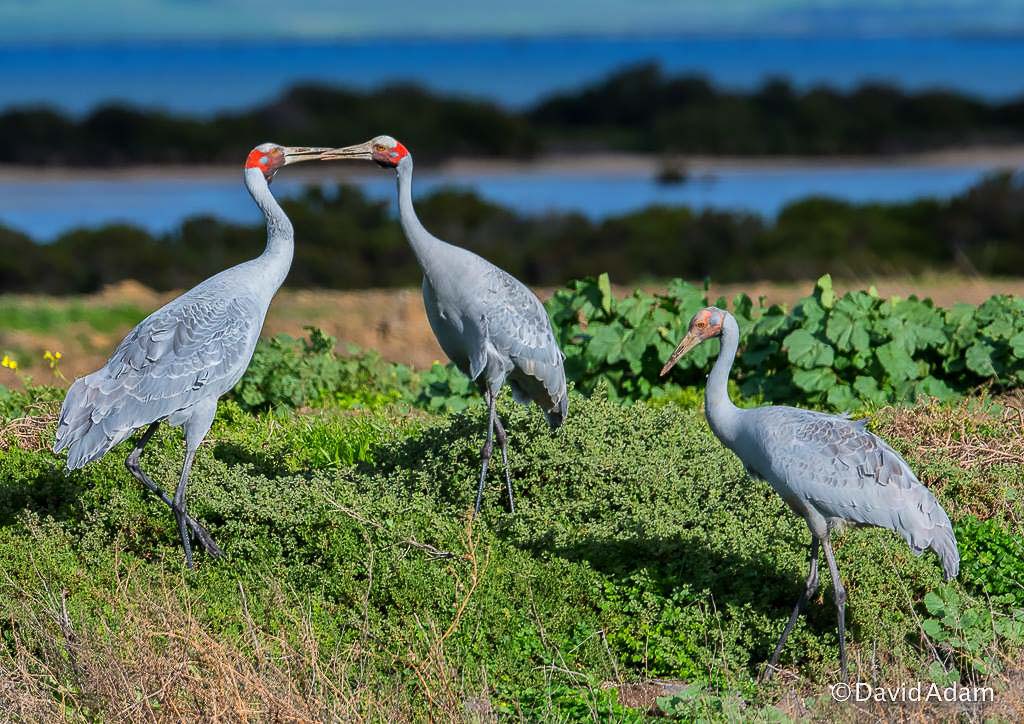 I’ve been trying not to think much about my aim to conduct a Cranes Big Year, twelve calendar months during which I seek, see, photograph and write about all the crane species of the world across every continent. This is a very different “big year” to jogging more, or writing more productively, or devoting time to activism. The “cranes” notion is an unbidden one, coming from deep inside. In some sense, the cranes have spoken to me.

Well, a sixty-year-old needs to schedule the more physical years earlier rather than later, so I’ve been avoiding cranes. But take a look at this photo of brolgas at the Western Treatment Plant! David Adam, a member of Victorian Birders, has captured a familial scene I’ve never witnessed. As soon as I saw this shot, I knew the Cranes Big Year must be bumped up in the queue. David, thanks!