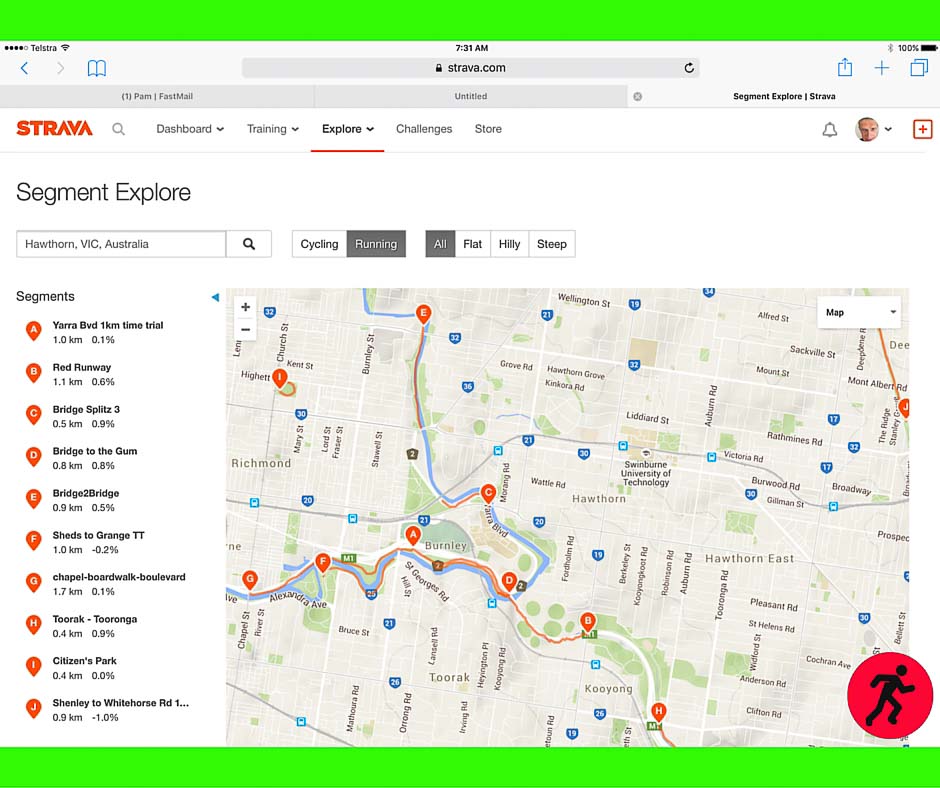 Sometime ago, I felt I was running faster than a plod, so I picked up pace over a riverside section that might, I reckoned, be a Strava “segment.” A Strava segment is a user-created route that invites Strava users to measure themselves against others. Cyclists seem to use them a lot, with work commuters trying each day to beat others on short road sections.

At the end of that jog, I looked up my Strava performance and, sure enough, I had a new personal record on a 1.9-km segment called “Yarra Boulevard to Burnley.” I’d run it in 11 minutes, 33 seconds. Hmm, how well do I compare? It turns out my outing that day was ranked 2,294th out of 2,833. I was deflated but then looked up my 55-to-64 age bracket. Refreshingly, not many old runners tackle this segment, for I was ranked 25th out of 38. Yes, the fastest old runner had done it in 7:32 minutes, 50% faster than me, but I was not the slowest, not at all.

How wonderful the modern world of data!