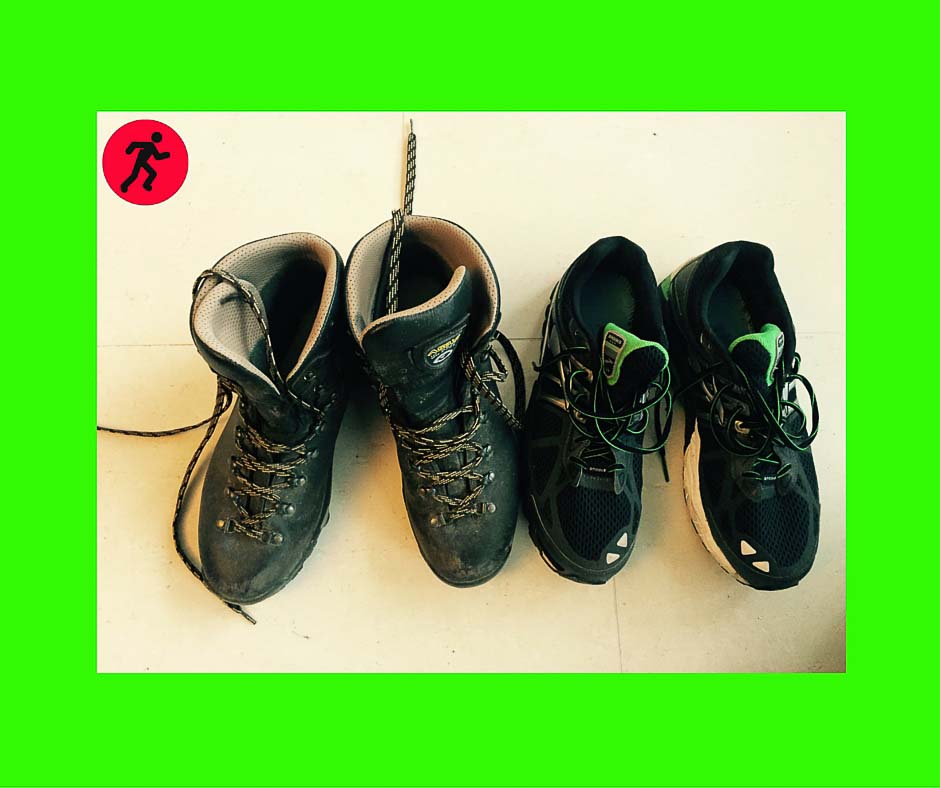 Suppose you’ve let yourself go a bit, or maybe a lot, so much so that a tendril of terror rests in your gut whenever a shopping trip leaves you a bit exhausted. You tell yourself to “do regular walking” but each attempt peters out. Life “is too busy.”
What would a Walking Big Year look like? So many options suggest themselves! What if you were to decide to walk thirty minutes, on a prescribed route (let’s call it the Honey Blossom Road circuit) from home, every single day of 2017, from January 1 to December 31? Too easy, eh?
Plan out your Honey Blossom Road Big Year. Is thirty minutes exactly the right challenge, or should you go longer (surely you’ll grow in strength and confidence) or shorter (let’s make squeezing this in a breeze)? How will you measure progress – crossing off calendar pages or employing Strava? What about travel intervals – take a break or (you think not) come up with an equivalent walk wherever you are? What about 40 degrees or windstorm – be clear with yourself.
Over the rest of 2016 you walk now and then, tweaking the concept. You inform some friends, not others. What about Sunday, January 1, 2017, the day after the big New Year’s Eve bash, the day the hordes descend upon you for a BBQ? You steel yourself and actually set an alarm for 8 AM on the Sunday and drag yourself around Honey Blossom Road. Tick one.
As January melds into February and into March, the novelty wears off. You’d decided to walk in the best part of the day, just before lunch, but your busy life threatens and stresses, so you’ve switched to 7 AM. It can seem boring, except sometimes it feels transcendent, not often but maybe enough. In May, a family crisis derails you until 11:38 PM and the rain is pissing down – with the greatest reluctance, you amaze yourself by walking in the dark with a head torch! Can you believe it?
July stresses you because that Intrepid Tuscany tour in August surely requires a Big Year break. Instead your husband urges you to keep it up during the tour, so, quite ludicrously, on August 24th you find yourself setting a 4 AM alarm and walking half an hour from your airport hotel. That night, you reflect how much springier you are on your feet than the other tour participants (including your husband) and you turn down the tiramisu dessert.
In September you trip on your grandson’s tractor and bang the right middle toe. You limp Honey Blossom Road. The physio offers you the choice of a week’s rest and your truculent riposte startles you. With seemingly the greatest of ease, you add half an hour’s stretching to your routine – my God, you’re regularly rising with the dawn! Your original Honey Blossom Road loop amounted to only a little over a kilometre over the half hour, and you’ve steadily added little extras and detours, so by now you’re clocking up two kilometres a day. You began marking ticks on a sheet of paper, now you’re Strava’ing like a champ, and it tells you your accumulated 2017 kms are 467. After a lunchtime Prosecco on September 30, you suddenly aim to walk 800 kms by December 31 – Honey Blossom Road now means an hour on the road, sunshine or rain.
A funny feeling fills you on December 31. There’s nothing special about the walk – it’s a mild New Year’s Eve day and the fact that you need to cover an hour and a half to clock up the final 800-km prize is no imposition – but you’re simultaneously yearning to take a break from the yoke of the daily trudge and almost weeping with anxiety about tomorrow. You drink too much at a rooftop party.
January 1, 2018. The head pounds. You’re miserable throughout the BBQ. At 4:36 you sneak out the back, lace up your Brooks walkers (you upgraded), and enjoy the New Holland Honeyeaters (you know seventeen garden birds by now) in Honey Blossom Road.
After family has gone, sitting with hubby in front of the television, you pull out that embroidery you began in 1985. “2018 is a Craft Big Year,” you announce, almost apologetically.