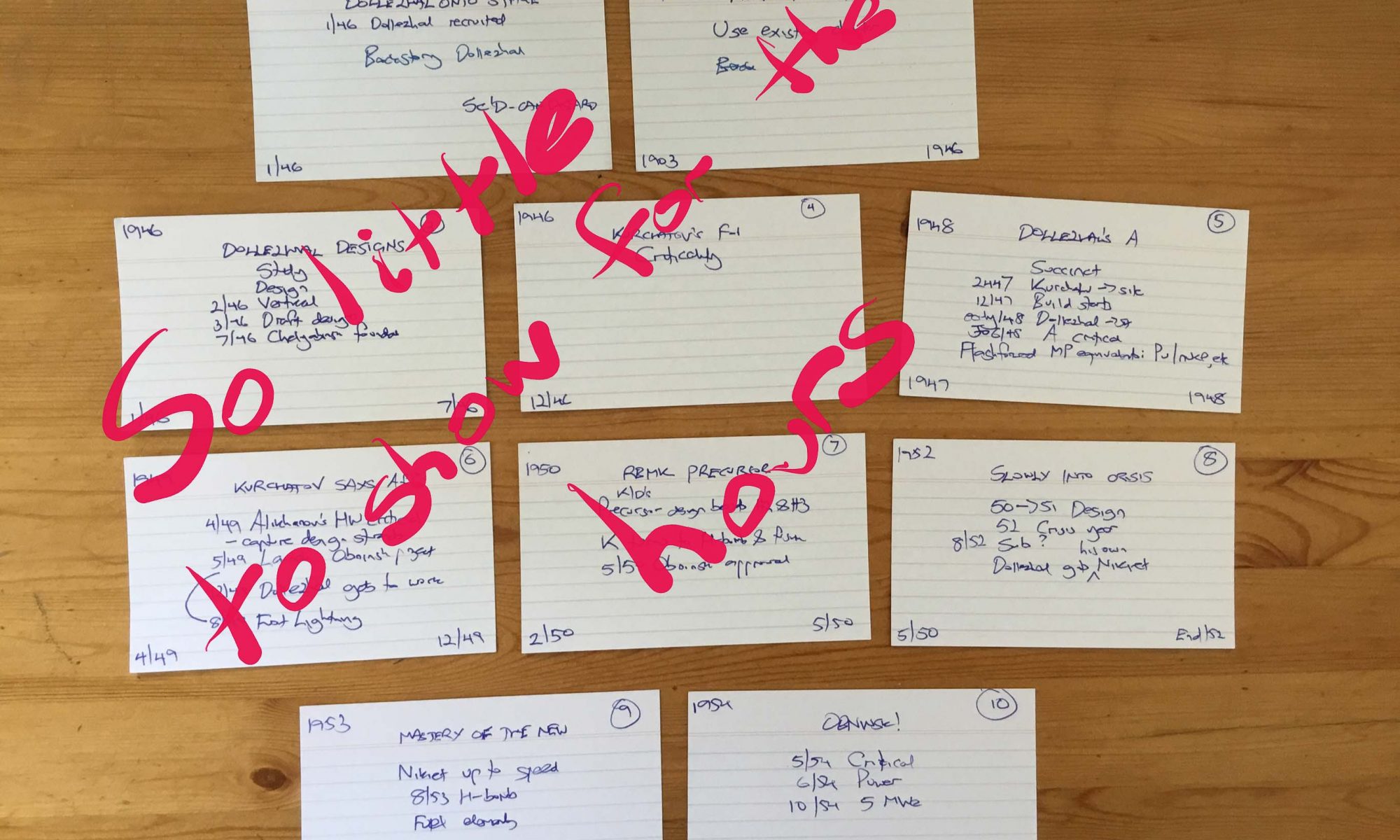 Grrrrr . . . I’ve written before about how drafting a history exposes doubts about what actually happened. Sometime in 1949 or 1950, Russian scientists and engineers started to design a power reactor – a reactor exclusively built to generate electricity rather than to make plutonium for bombs. In 1954 they started up a tiny reactor that did just that, and the following year, at an amazing international conference, the Soviet Union could blare that it had just built the world’s first “peaceful” nuclear power plant.

I possess most of the available research material on this subject. (When I say “most,” I know there are some Russian-language odds and sods I don’t have, but I can’t believe anything new would come from these.) Previously I’ve been through my material in exhausting detail. I drafted the chapter. I plotted it afresh. Now I’m rewriting. And guess what?

Suddenly I’m unclear on exactly what happened as against the story of “Russia’s first peaceful nuclear power plant.” What is truth and what is a tale? Western writers have offered a few variants but who is right? When did the decision really take place and exactly why? It’s vital for me to get this right but all my earlier work is now under suspicion.

So forgive me if I grrrrrumble . . . this will take a day or two, and suddenly my timetable is smashed.