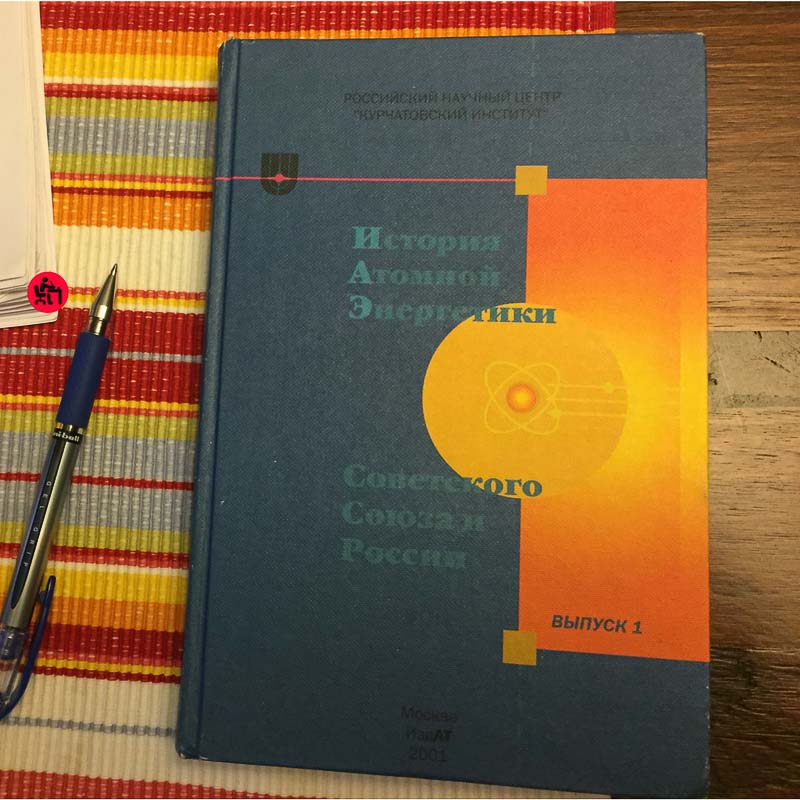 I’m in awe of professional historians who effortlessly glide between the archives of different countries. Me, I find it arduous enough to dig into American and British records. The former Soviet Union was amongst the most closed of societies, but even after is demise in 1991, only the briefest flowering of “real historical work” in my nuclear field occurred in the mid-90s-to-early-00s before Putin shut up the shop. The image is of a series of historical articles collected by ex-atomic-scientist Victor Sidorenko. It’s priceless in terms of disclosure but proved hard to translate and is ultra-technical rather than “here is the story of what we did.”

In the end my knowledge of how Soviet reactors came to be is not deep and is informed more by the work of better researchers than me, rather than my own work. Should I have done better? Maybe so, but I’d have needed to make many trips into Russia to find survivors and interview them, with the help of an interpreter and research assistant, and I could never justify the effort. Have I guessed “the truth”? I think so but I’ll stand ready to be corrected. All I can hope is that young Russian researchers one day tackle this fascinating local aspect of a fascinating global technological development.