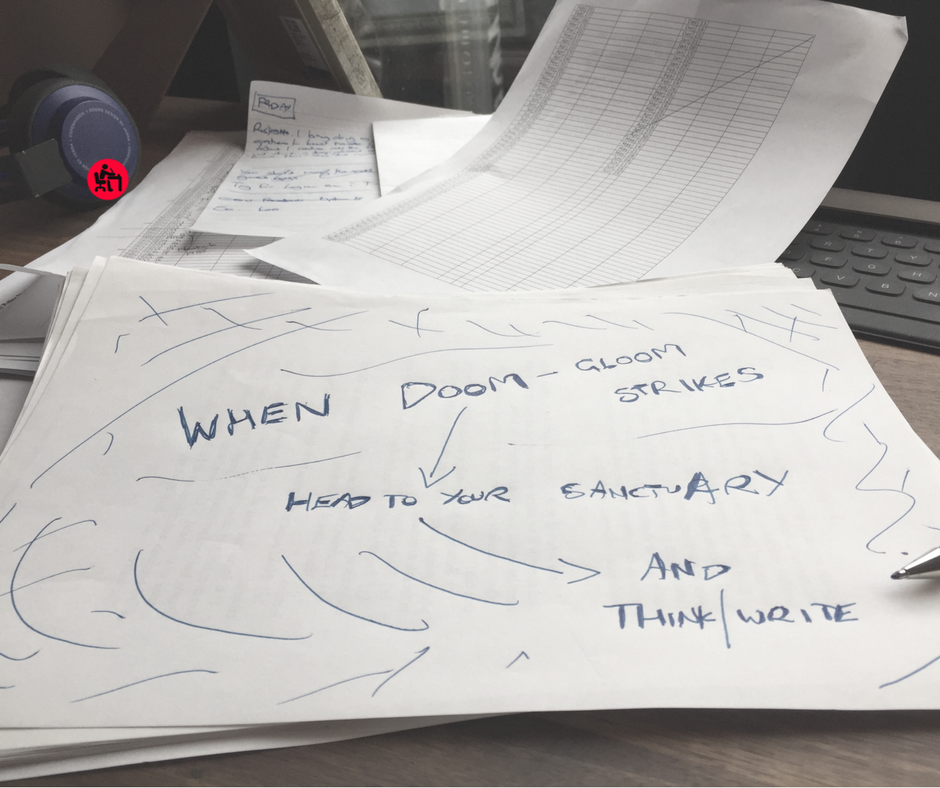 This morning I hunkered down to plan my 2017 Writing Big Year. Its outcome goal – Volume I publication by December 31 plus the other two volumes drafted by April 2018 – is unachievable. Estimating times for this and that, that and the other, gives a result that is at first daunting. I put my pen aside.

But here’s what strikes me. If I’d begun the year “fully resolved” to “write diligently,” and left it at that, where would I be now? Nowhere near my current position, I’d wager, nowhere near. Whole days and weeks would have vanished under an onslaught of whinging and mindlessness. Instead, the process goal of the 2017 Writing Big Year – to rise before the cows and to ignore Instagram until 12:01 – has been a triumph. No, I haven’t been a hundred percent diligent, desperately sleeping in a bit when over-tired and getting distracted mid-mornings, but hey, I also know to forgive small lapses, and I can honestly say I’ve stuck to plan over the first third of the year.