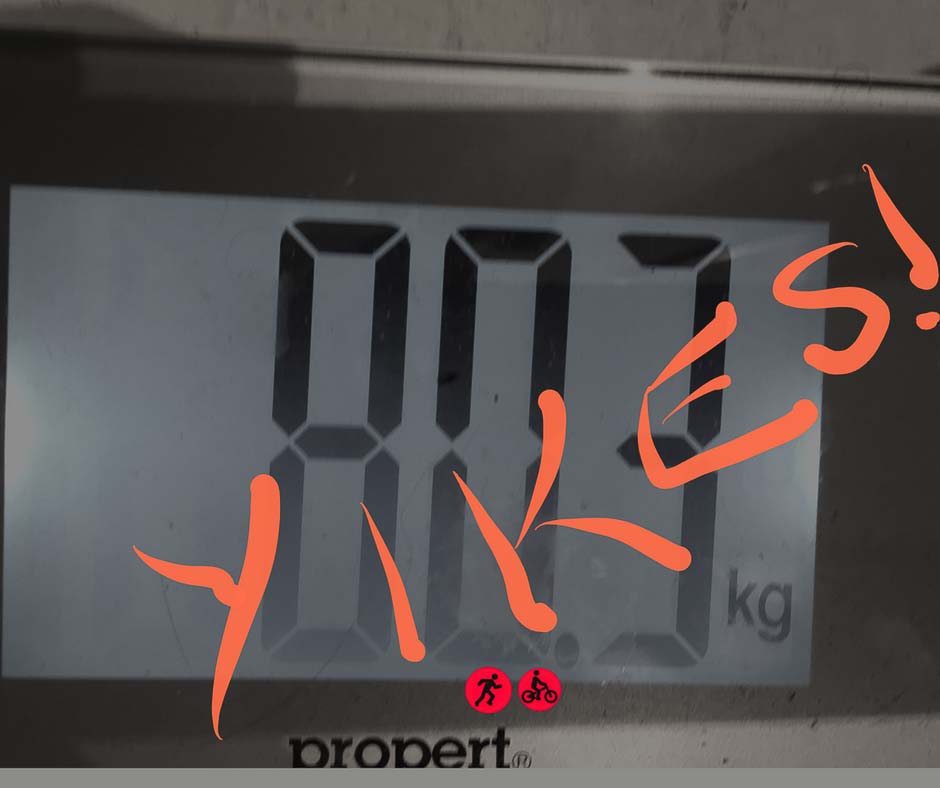 Imagine the shock. Over 80 kilograms for the first time since 2015! During last year, the Jogging Big Year, I averaged 76 to 77 kilograms and I had four months under 76. Remote hiking helped – returning from five days eating dehydrated food always led to weight loss.

The funny thing was, for the first two months of this year, the scales showed only slight increases, as if the body was still used to the 2016 regimen. I was just under 78 in March and April, and heading towards 79 in May. Suddenly I was trapped in an inglorious cycle.

Every extra kilogram feels like five on the track. Time for action . . .