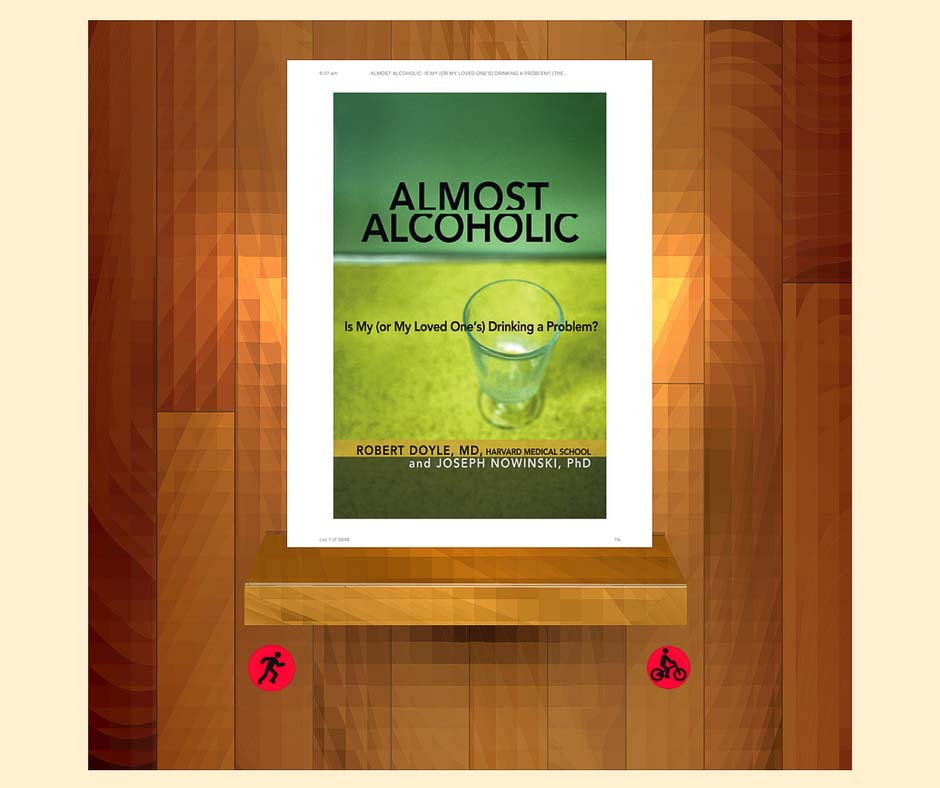 Am I an almost almost alcoholic? I took a look at Almost Alcholic, by doctors Joseph Nowinski and Robert Doyle, which kicks off like this:

Here’s what we’ve discovered: the men and women who have been diagnosed as alcohol dependent – or, more simply, alcoholic – represent but the tip of the iceberg of a much larger segment of the population whose lives are negatively impacted by alcohol use. . . . Though not technically alcoholics, these men and women – young, middle-aged, and older adults – nevertheless are experiencing problems related to their drinking. . . . the “almost alcoholic” does not drink normally but also wouldn’t be labeled an “alcoholic.”

Here’s the interesting thing: the real-life examples in the book are people I’d actually describe as drunkards or “people with drinking problems.” Me, I’m definitely not an almost alcoholic. But upon reflection, perhaps I’m an “almost almost alcoholic,” someone who is a long way from addiction but experiences a pull towards alcohol. Put simply, I love my wine and it’s not the taste (though I often pretend to myself it is) that beckons but the narcotic.

Is this an issue? I’m guessing many will say it shouldn’t be, that drinking “in moderation,” which is very much what I do, is no problem and may even be a healthy move. But I sense that this year I’ve erred by “indulging,” to use one of the many drinking cliches, a tad too much.

Having decided that, what’s the next step?