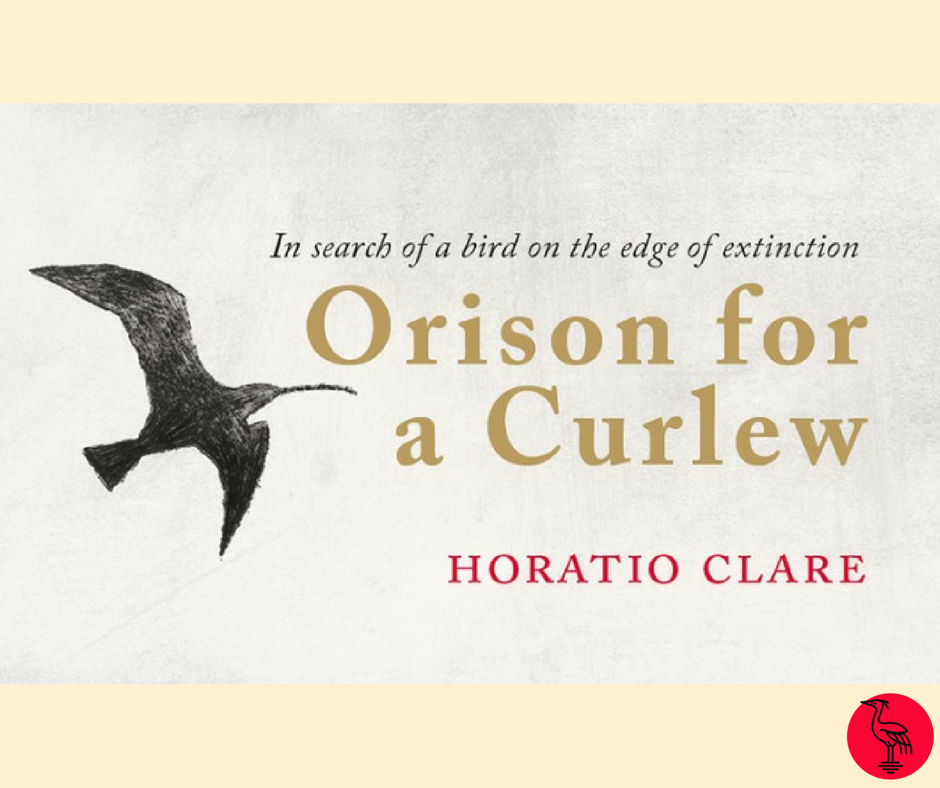 One year soon, before too long, I’ll allocate a year to go see each of the fifteen crane species. It’s a daunting project of ill-shaped intent but its persistence inside my head confirms its reality.

In 2015 English author Horatio Clare took a commission to search for a bird even rarer than the most threatened crane species, namely the Slender-billed Curlew. In fact, although once common on a European migratory path, it was last sighted in 1999! So Clare’s quest turns out to be to talk to those who last saw it (or thought they saw it) in Greece and Bulgaria.

In Orison for a Curlew, Clare does a wonderful job of capturing the sadness of the extinction, or optimistically the near extinction (might it still be found in remote Siberia?), of the Slender-billed Curlew, and what this means to him and maybe to humanity.

I wish I had seen one or heard one of these beautiful, delicate birds. A world in which only the robust survive is a dulled and blunted planet; all crows, no colour. But if the reaction of those who did see it . . . is a guide to what it feels like to glimpse one, then perhaps it was better not to have seen it. . . . Perhaps it will live on for many years in unconfirmed sightings. I hope so.

What questions will I ask of the elusive, mythical cranes?