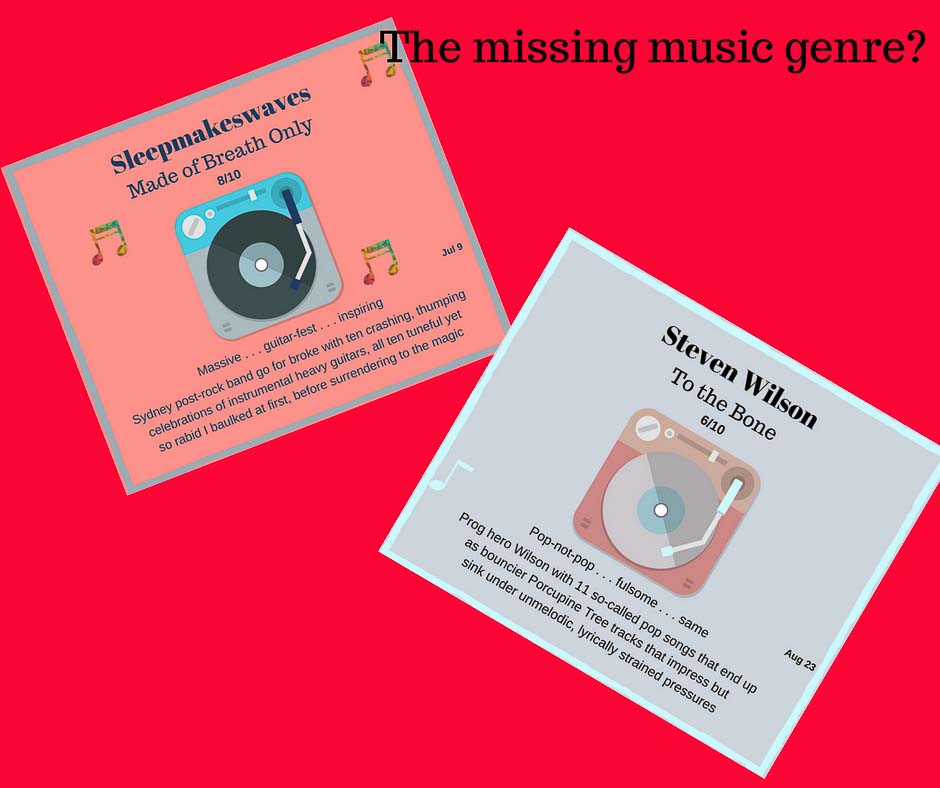 This year I’ve graced my ears with 79 new rock music albums. That’s a ton of new music! Yesterday I lauded David Weigel’s The Show that Never Ends, an engrossing, entertaining history of prog rock. Of my 79 albums, how many have been prog rock?

I’m startled to discover only two 2017 prog rock discs on my slate. Steven Wilson’s To the Bone is meant to be his album of pop songs, but the 2000s king of prog rock (he of Porcupine Tree fame) always “sounds prog.” And Sleepmakeswaves are a Sydney band carving out a huge reputation (they’re usually labelled as “post-rock” but my ears tell me they’re prog). You can see I gave the former a rating of 6/10, the latter’s Made of Breath Only shone with 8/10, so precious little of my best 2017 listening has come from a genre of rock that once ruled the airwaves.

Is it true that punk rock killed prog in the late 70s? Punk itself has remained alive, and in fact just about any historical genre I can think of has a modern, healthy incarnation. Is prog rock the exception? Is it on life support? If so, I grieve.