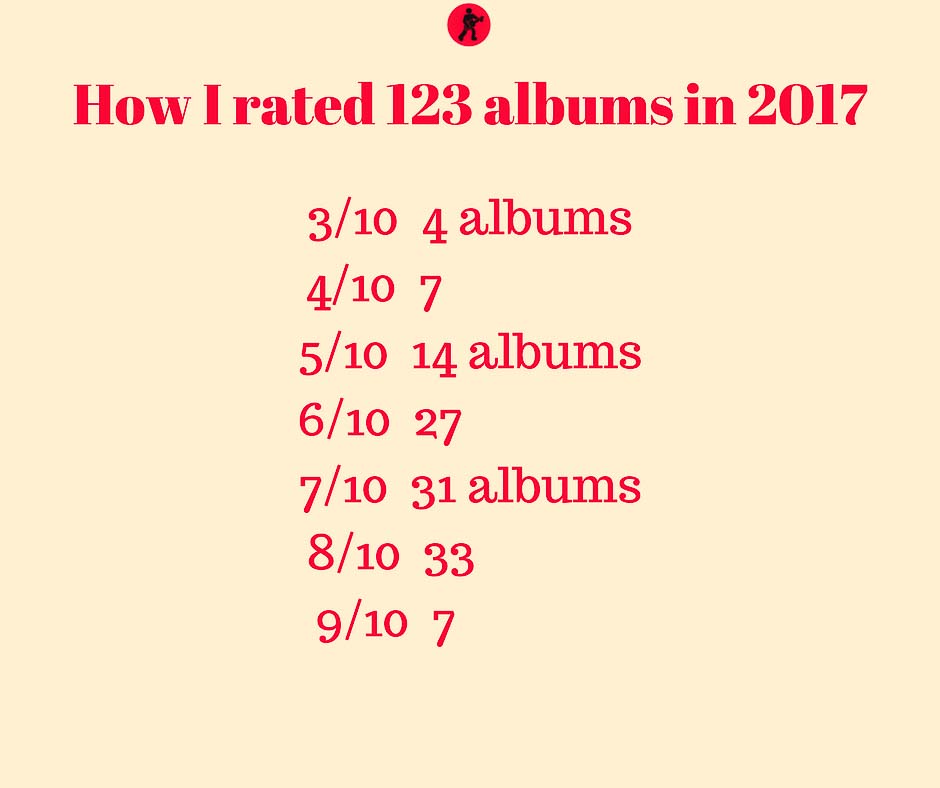 In 2017 I used the Big Year concept to attempt to resurrect a love of music. Oh, I used to adore a stew of rock music permeating my being from head to toe, but in my fifties, this passion vanished. Why? Could I do something about this parlous state of affairs?

So I forced myself to listen right through an album on each and every one of the 365 days of the year. Sometimes I listened on the home Sonos speakers, more often I downloaded the songs onto my iPhone on the Spotify app and enjoyed them on blue Jabra headphones. I conquered each album three times, then wrote them up quickly and irreverently on a Pinterest board (https://www.pinterest.com.au/bigdecade/rock-music-big-year-reviewlets/)

But the reality was far more beige than the numbers indicate. Even when my intellect judged a suite of music as terrific, most often the listening experience was numbed, flat. Almost none of the 123 received a fourth sampling. Quite frankly, the year has left me cold. That wondrous passion for melody, rhythm, and lyric, stayed away. I felt old and spent.