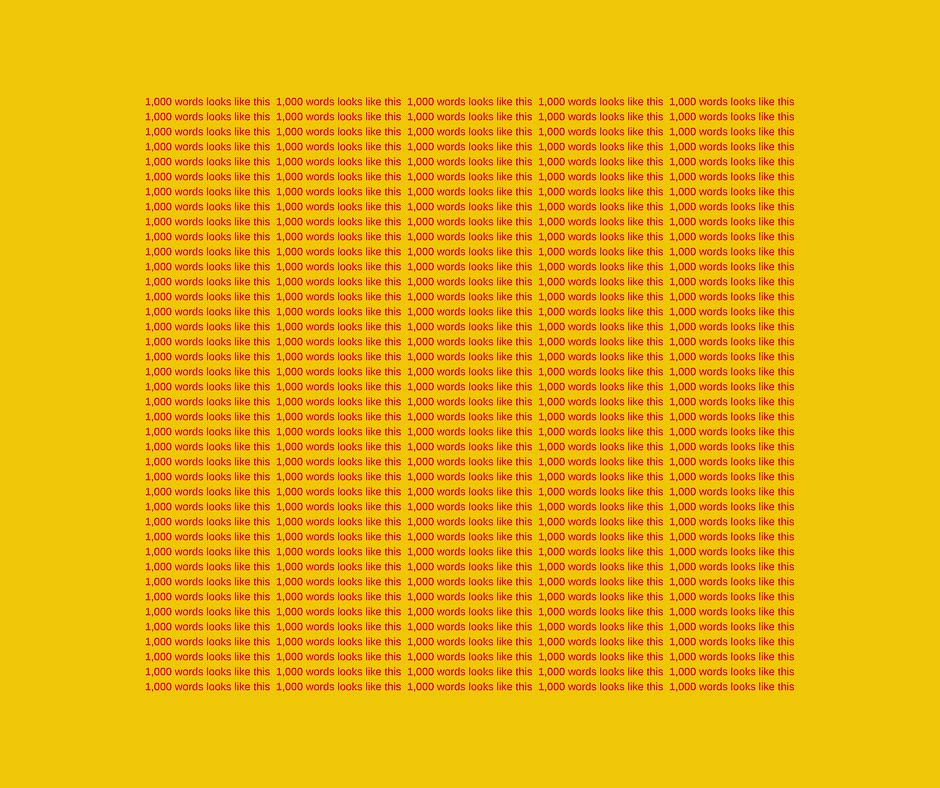 So that’s what a thousand words on a page looks like! Counting full weeks, January was five weeks, and over that period I’ve only delivered on my pledge of writing 1,000 words a day about half the time. What’s my average words per day? I’m not sure but maybe 600 (just over two pages). Complicating the analysis is the fact that I had to take six days off, being travel time or sick leave. I’m not delighted with 600 words but judge it as a good start.

To focus on my “1,000 words a day” commitment, I’m trying to put in place some heavy-duty routines, including rising on time (early, early, early!) every day. How often did I do that in January? Strangely enough, I can’t tell, for if I sleep in, I let myself claw back the morning over the afternoon. I recorded 26 successes out of 29, so at the most important level, I have locked in mornings or “call me mornings” nearly every day. Hooray for Andres!

Banning Facebook (and email and the whole shebang) during my mornings? I thought this would be tough but have done it readily each and every day. Guess what? Such a trivial (but no, it’s not) action dramatically increases my work focus, in myriad ways. Of course the penalty is that sometimes I don’t end up getting through my feeds, etc., but hey, no one has punished me for that yet. Another hooray!

In 2016 and 2017 I did poorly at daily planning and monitoring, so this year I’m aiming to do it daily. I know you can use apps, etc., but I’m having great success with a daily handwritten (but I use my Apple Pencil on an iPad) form. How marvellous to efficiently orient and reorient myself!

So . . . this Big Year is working well. I haven’t mentioned the dark side of all this perkiness, a descent into chronic insomnia, but I’ll deal with that when reporting to myself how the other Big Years are going.