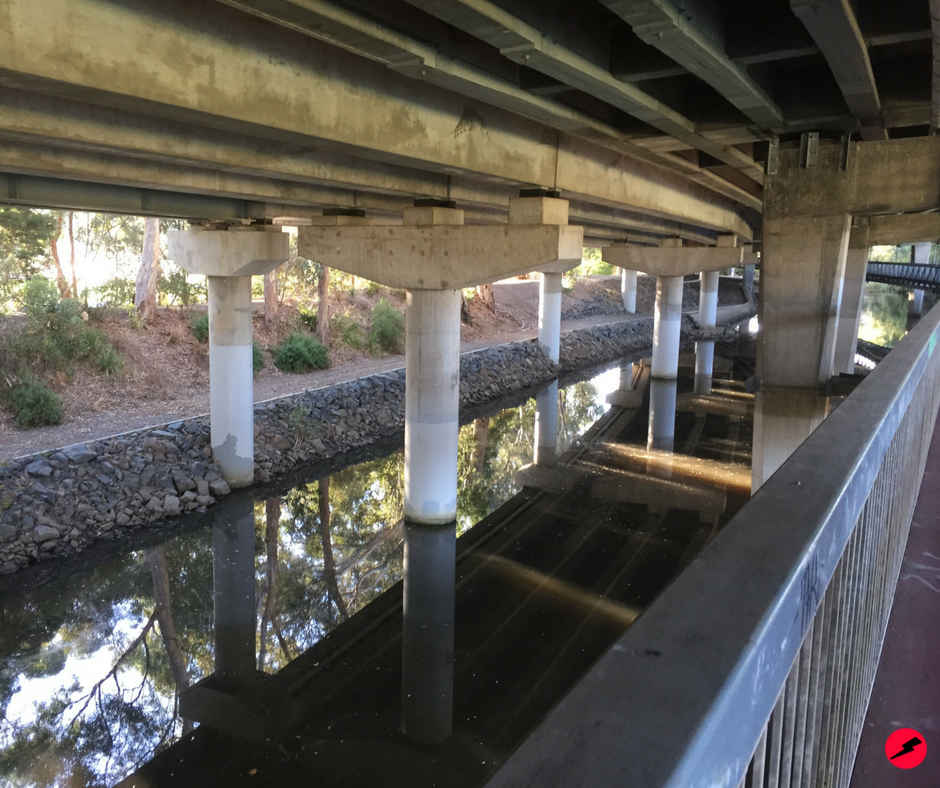 In 2017 I ran a Fitness Big Year, in which I took up cycling with a vengeance while trying to keep up some jogging and some gym. I remember that for a few short months I clocked up 110 kms every week. At my low speed, that’s nearly six hours of cycling a week. Each week was exhausting, but I was fit. I was fit, until I got injured, and then I wasn’t fit, and gradually I began missing my targets. In 2018 I kept up regular cycling as part of a Big Year, more like 40 or 50 kms a week. Then I got injured again and starting putting on weight and … it was a bit of a train wreck.

Now, as part of a refreshed exercise regime, and not part of a Big Year at all, I suddenly find myself being incredibly regular with my cycling. Three times a week without fail. The thing is, I only get out for half an hour, pumping my legs hard over only 10 kms, and, even more boring, mostly I do just one route (which includes a suspended section under a freeway as per the image above). But am I bored? Not at all. I’m loving the steady discipline. Biking is no longer a huge challenge, no longer tilted at grand tours or (heaven forbid) racing, but just a means to breathe hard and work those quads.

So after three obsessive years of Big Years that included obsessive cycling, now I’m now longer officially obsessive but am regularly (VERY regularly) getting on the bike. Something good and sweet has taken hold of me!