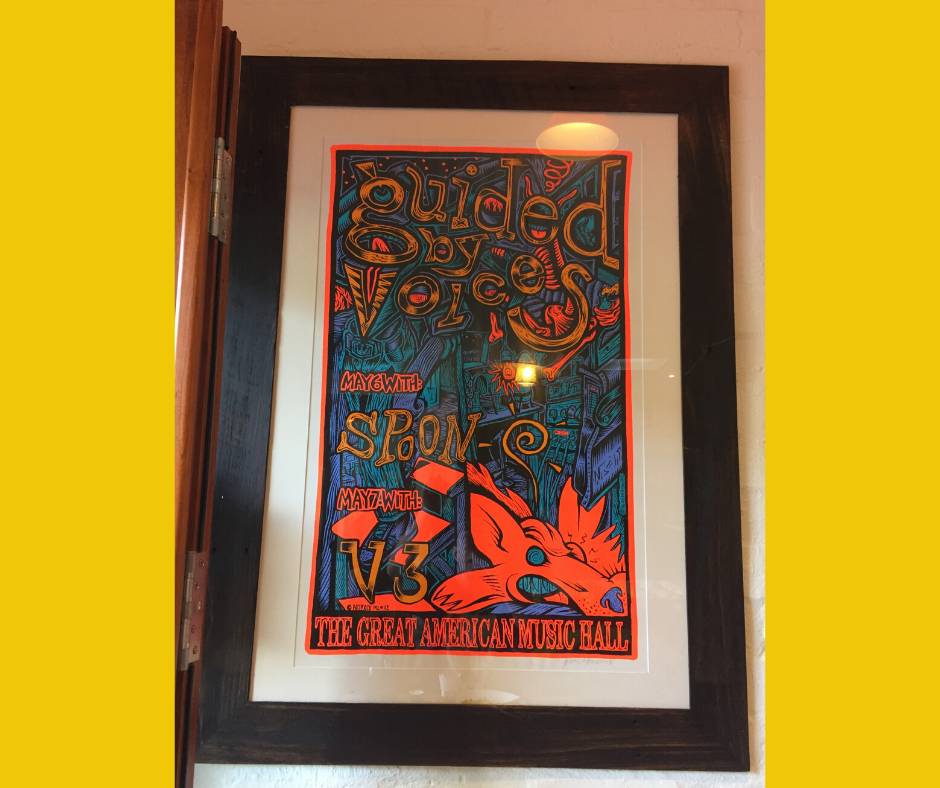 In 2017, I ran a Rock Music Big Year, in which I listened to an album every day. Every day. The idea was to rekindle the passion for music I’d had for four decades since my early teens. Did that big year work? In a sense, yes: I felt an enormous surge of “rock music luurv” over the year. But in a sense, no: I listen these days but only sporadically.

Well, the other day, I took my grandson on a long train trip and then a walk, through rain, to a lovely café called Coffee Head. We had our usual, a bit to eat plus coffee. When I stood up to place him in his pusher, I glanced at the poster on the wall and was flabbergasted. It’s a gig poster, for Guided By Voices, one of my faves, at San Francisco’s Great American Music Hall. I don’t know the year – Googling suggests it could have been last year or as long ago as 1995. But the point is this … I experienced a surge of melancholy. Why isn’t that rushing joy, the pleasure of songs and guitars and mayhem, still in my head? Is it old age? Have I lost my soul?

Now I ponder: should I have another go? Should I really push the envelope and commit to an avalanche of new and old music every day, all around me? Can old passions be rekindled?