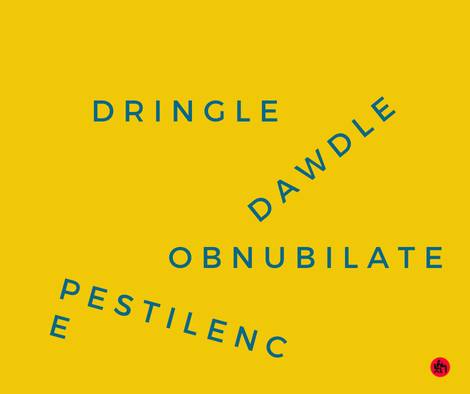 Steven Poole’s first word for the year is dringle. Never heard of it? That’s the point of Poole’s scrumptious book: “Most of the words gathered here are old and half-forgotten, or thoroughly forgotten … We could do worse than enrich our speech with such long-buried gems.” And the meaning of dringle? From an 1830 localized dictionary, Poole quotes the definition thus: to dringle is to “waste time in a lazy lingering manner,” a meaning close to that of dawdle. What a melodic word!

As I relish Poole’s morsels, I’m also seeking words from my mind, none as left-field as Poole’s, but words that I don’t use enough or words whose meanings are fuzzy in my mind. So … drum roll … my first word for the year is the one above, dawdle. “Stop dawdling,” adults used to tell us children, but these days I see it rarely. I’d like to use it in reference to “the dawdling pace of climate action by Scott Morrison’s Australian government,” but that would imply there is any action at all!

Poole’s second word, just as soft on the ear, is obnubilate, meaning “to darken,” as in degrade or render decadent. I roll obnubilate around on my tongue. My second word is pestilence, which strictly means a devastating epidemic but can be used to denote something as “destructive or pernicious,” according to Merriam-Webster. The wider meaning is the one that appeals to me, especially as, once again, it seems little used today. I’m determined to use pestilence in my forthcoming book.