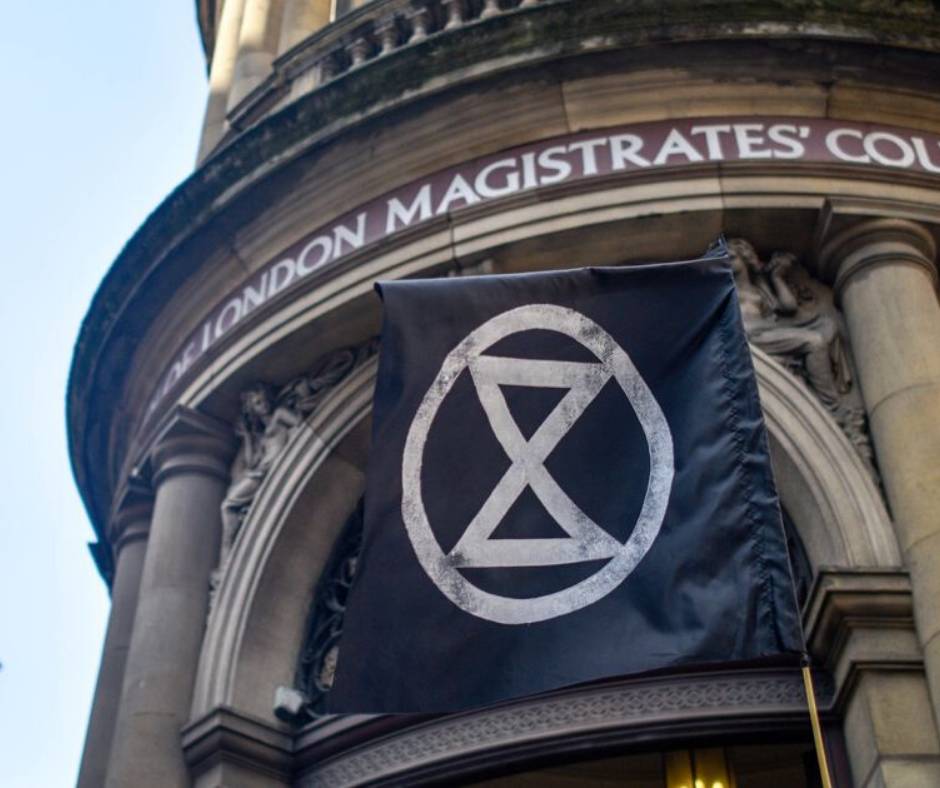 Of course I fret about my March court date. A friend alerted me to a short article on the blog of the London Review of Books. Lorna Scott Fox’s “Extinction Rebellion on trial” recounts observations about the London situation, which is Melbourne’s amped up by a factor of ten or more. Maybe one hundred of us got arrested here in the Spring Rebellion, whereas London’s April Rebellion last year netted some 850 charges, and they’ve been processed in the London Magistrates’ Court from last September.

As Fox relates, London’s wave of conscience-driven trials has been “gumming up the works,” which is part of XR’s aim – to sacrifice to get oneself noticed by the powers to be. Half those charged pleaded not guilty. I have no idea what I’ll plead, primarily because I have no idea yet what the precise range of court possibilities in relation to my two charges will be. Fox says the court officers – judges, prosecutors, even ushers – have been personally moved by the moral necessity argument raised by many arrestees, but “the narrow definition of necessity is decisive every time” … guilty … fines plus costs. There is no mention in Fox’s article of any post-trial jail time, which I guess soothes my anxiety somewhat.

What I do take heart from is Fox’s overview, so close to my motivations, of my London brethren’s pleas:

As the judge invites each defendant to prove the necessity of their actions, we hear speech after eloquent, wasted speech about the science of climate change, the terror people have for their children, their grief for the world; the sense that there is no option but civil disobedience.