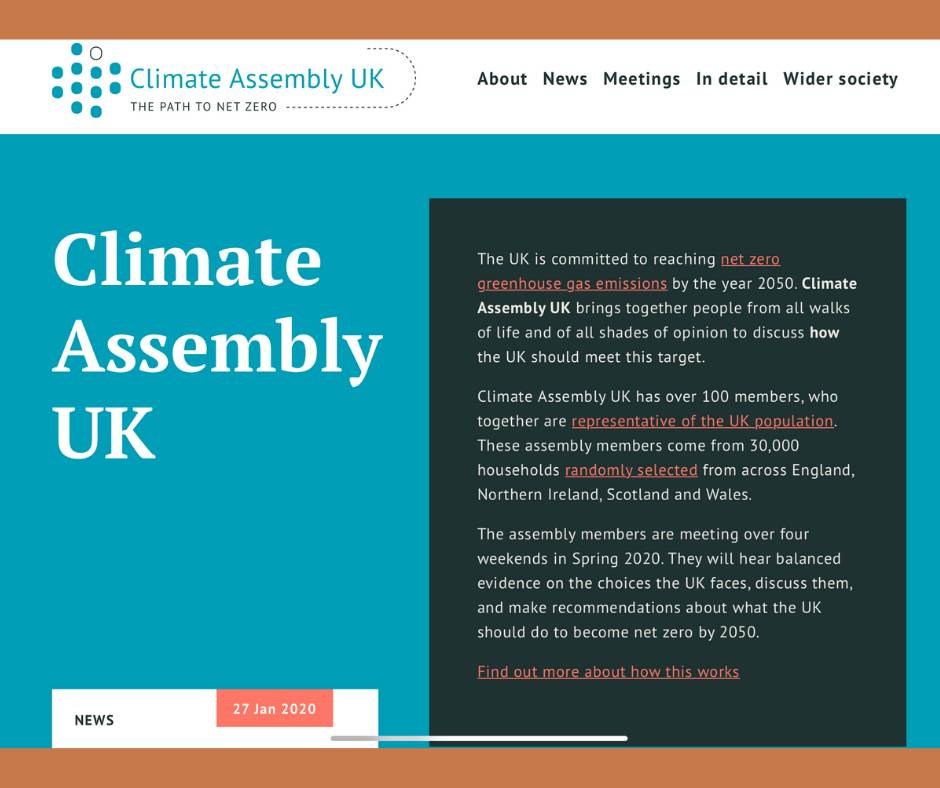 I have little hesitation in adding my voice to Extinction Rebellion’s first two demands. “Tell the Truth” is so obvious, especially in the say-something-but-never-do-anything political swamp of Australia. I won’t talk about it here. Similarly, “Act Now,” the second demand, is crystal clear: to cut emissions, we must … cut emissions.

Our third demand “Beyond Politics” is more cryptic, if also immediately sensible. To be precise (from XR’s main website, which you should check out!): “Beyond Politics: Government must create and be led by the decisions of a Citizens’ Assembly on climate and ecological justice.” I’m a strong believer in “capitalism with a human face,” entailing a more interventionist, altruistic, strong hand than we currently have, and XR’s demand to short circuit our current lobbyist-influenced shitty brand of politics rings true to me. But what is a Citizens’ Assembly?

Well, a modern real-life example is being enacted right now. In the United Kingdom, an enabling and optimistic institutionalised process called Climate Assembly UK (check it our here) has commenced at speed. The government agreed to it as a result of XR pressure, and 30,000 random households were approached, with 110 citizens finally selected as representative. Over four weekends, these ordinary folks will examine data presented by experts, as a first step. The first such briefing took place last weekend.

What will happen? Is this well designed, well structured? Will it hold political heft? I’m going to find out… Whatever happens, we want something like this, but very much with unstoppable teeth, here in Australia, to short circuit the current poisonous political stage.