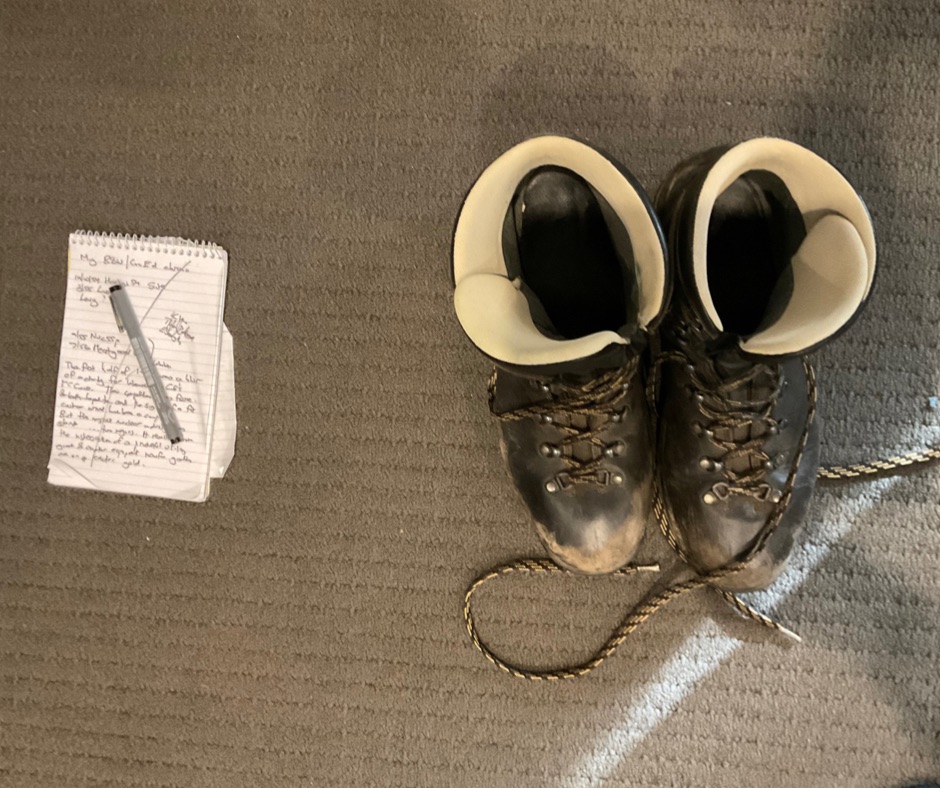 Yesterday was the final day of a week of writing in Margaret River. What makes it stand out for me is that my seven days of deskwork occurred at the same time as Pam’s 130-kilometer Cape to Cape pack carry hike. She’s doing exactly what I used to relish, a tough physical adventure away from society, and she’s had a river crossing drama that in the past would have been part of my life’s narrative.

Why am I not hiking? When asked, I say I’m lazy or not sufficiently walk-fit (this is valid but not a sufficient excuse, I’ve hiked when tender of foot before), but the truth is, I decided writing was more important to me.

So I’ll end up having nothing to talk about on my return home, having foregone a narrative of at least moderate interest to many. Do I now have regrets? A few, mostly around questions of pride: am I not strong enough, brave enough? But at another private level, the writing week I had was as much of a struggle as the Cape to Cape would have been, and I had thrilling moments equal to any I’d have experienced on a clifftop or beach or night-black campsite.