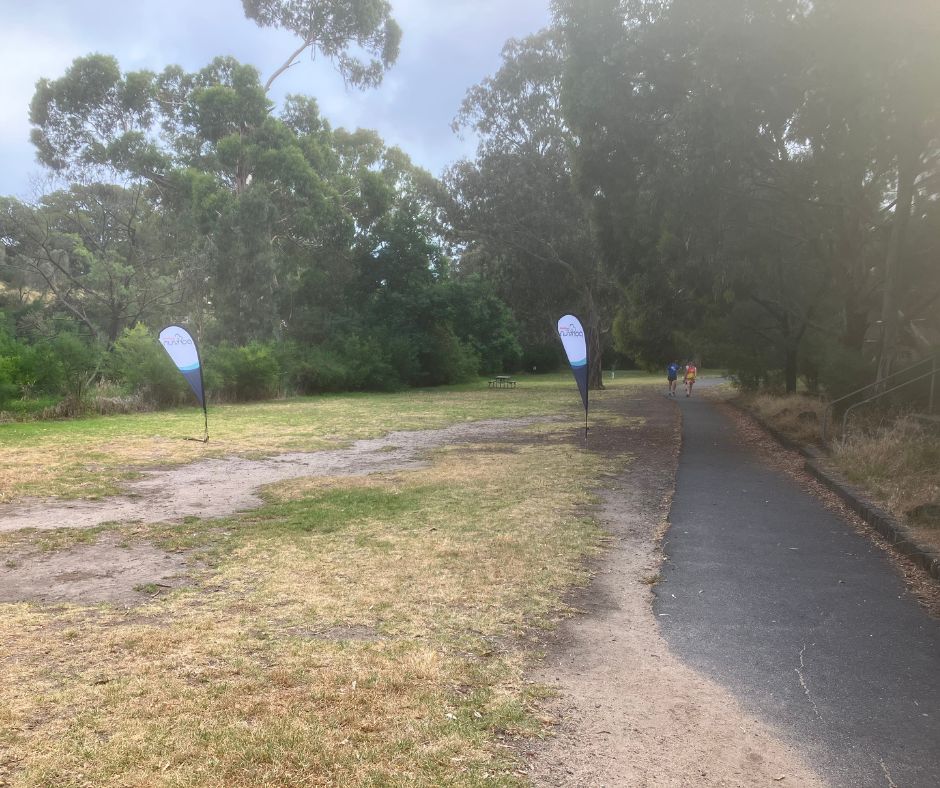 A photo of Studley Parkrun twenty minutes before the start. The familiar flags, the hubbub around me, the keyed-up sensation in the stomach … here I was, at 8 AM last Saturday. Six months ago, if you’d asked me, I’d have said I might never do a 5 kilometer Parkrun again. But now I’m light and getting fit and it was time to try my closest Parkrun. I’d previously done ten Parkruns out east, twice as far away, electing for a flat route and, honestly, a bit scared of the ups and downs I predicted for Studley. Well, the run was sweet: slow but steady, in perfect weather, happy amongst people exercising in fine spirits. I came fifth in my age group (there were six but who counted?). I adored the entire experience. 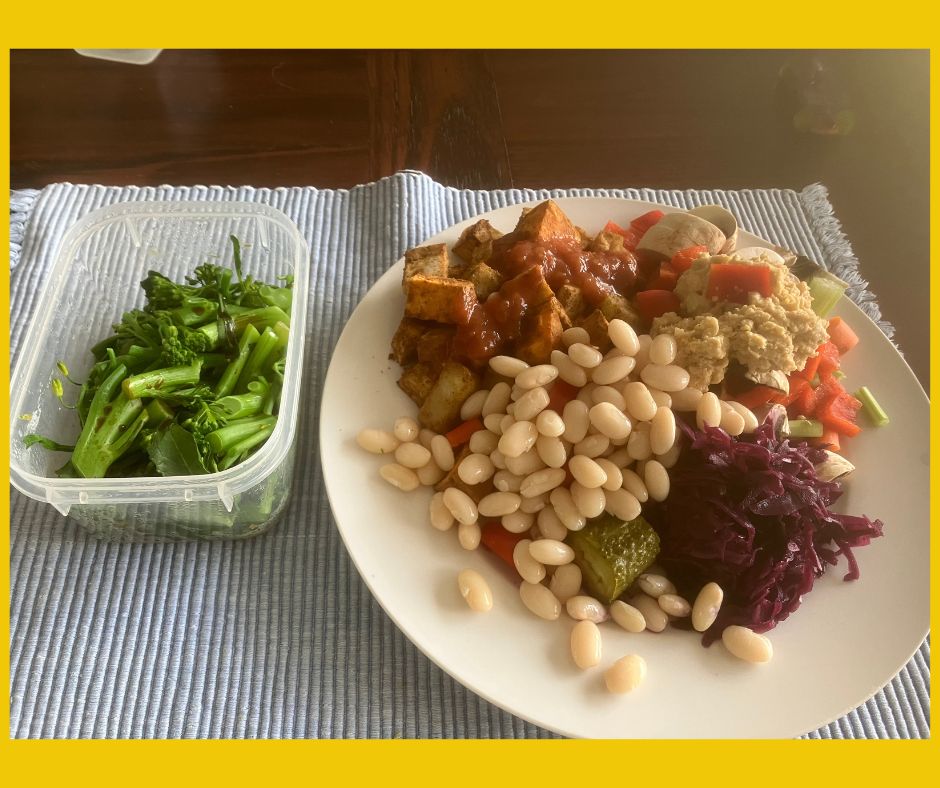 Here’s the undisputed upside of my Whole Foods Plant Based experiment: the lunches. This huge plate of vegetables, tofu, white beans, condiments, and so on, is three times the size of the lunches I used to have. It is scrumptious. And, because I’ve been meticulous in eliminating oil, it’s only 500 calories, far less than a typical cafe lunch (for example). Because everything on the plate is good for me, instead of being bad for me or (depending on your view on certain foods) neutral, my blood pressure is sashaying downwards, I’m still slowly losing weight, my mind is clear, I’m sleeping soundly.

Of course the experiment’s downsides are legion. I’m not eating the foods I really like (don’t get me wrong, I like everything on that lunch plate, but hey, yummier things do exist). Eating with others can be agony. I get drooling visions of goodies withheld. Oftentimes the food I look forward to is the food I’m not going to eat. Sigh. 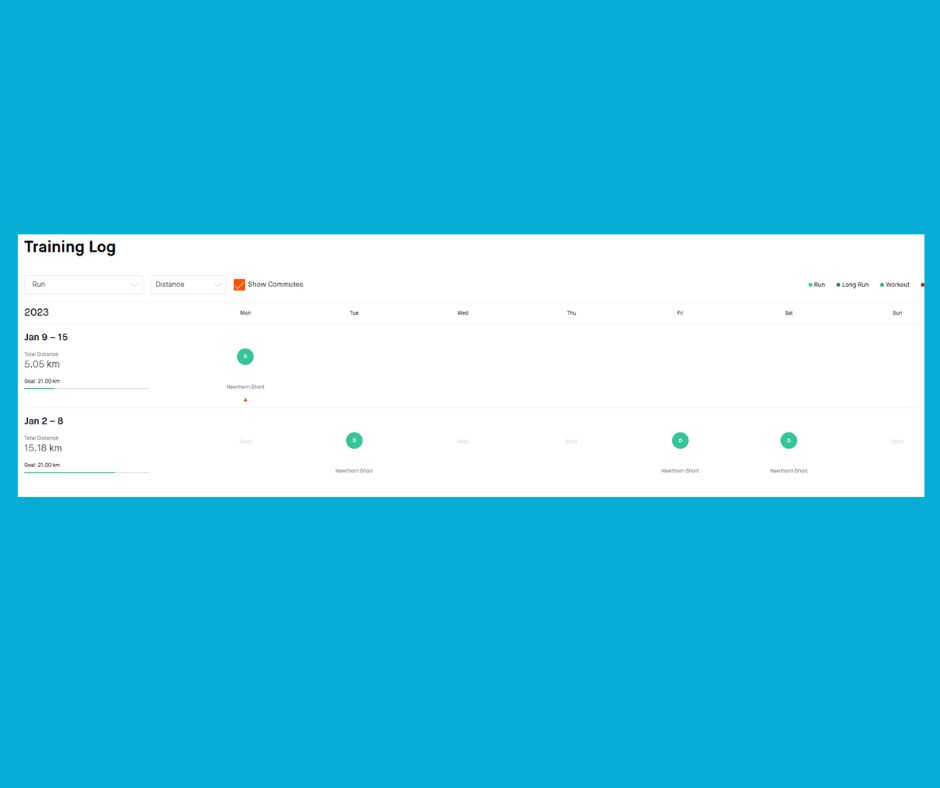 Last week was the first week in years in which I ran (with no downtime walking) at least 5 kms three times. Indeed on Saturday I jogged 6 kms! Every session feels so much easier at 77 kgs than was the case at 85+ kgs. I now have ambitions to keep up steady running and ramp up distances until I can do the 10 km run at Run Melbourne In October. Just two months ago, the very notion of such a goal was risible.

This diet is working! (At least for now, I’m still treating it as a personal experiment.)

I’m also back to a full three sets at the gym, and am exercising every day. I’m being reasonably diligent at my weekly roster of stretches, and hope this week to fully comply.

This diet is working! 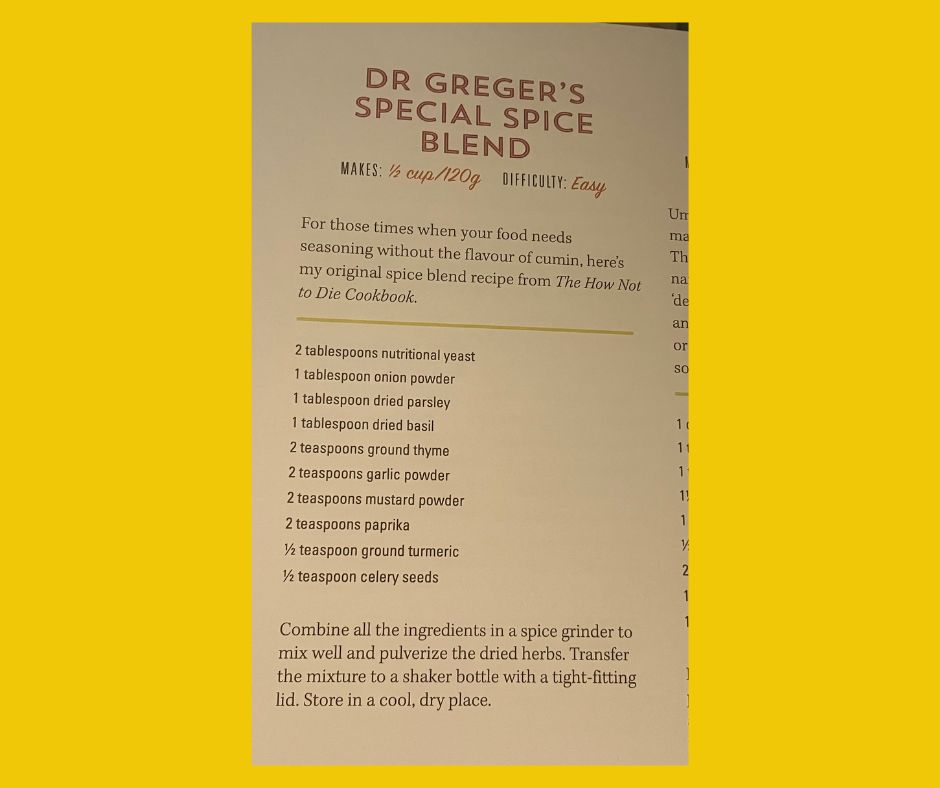 This WFPB diet takes up much more time in terms of food preparation and eating. The vegetable meals are so huge! I’ve noticed how the experienced practitioners end up organizing their food far more systematically than most people do.

One example. Banning oil (and in my case, minimizing salt) blunts food of its classic tastes, so you end up adding tons of spices and herbs. This in itself sucks up time, and the result is sometimes hit-and-miss, a melange of tastes that doesn’t quite work. So today I made my first spice mix, just whizzing up various dry spices. It tastes complex and spirited. Potatoes air-fried with this dusted on tasted terrific! 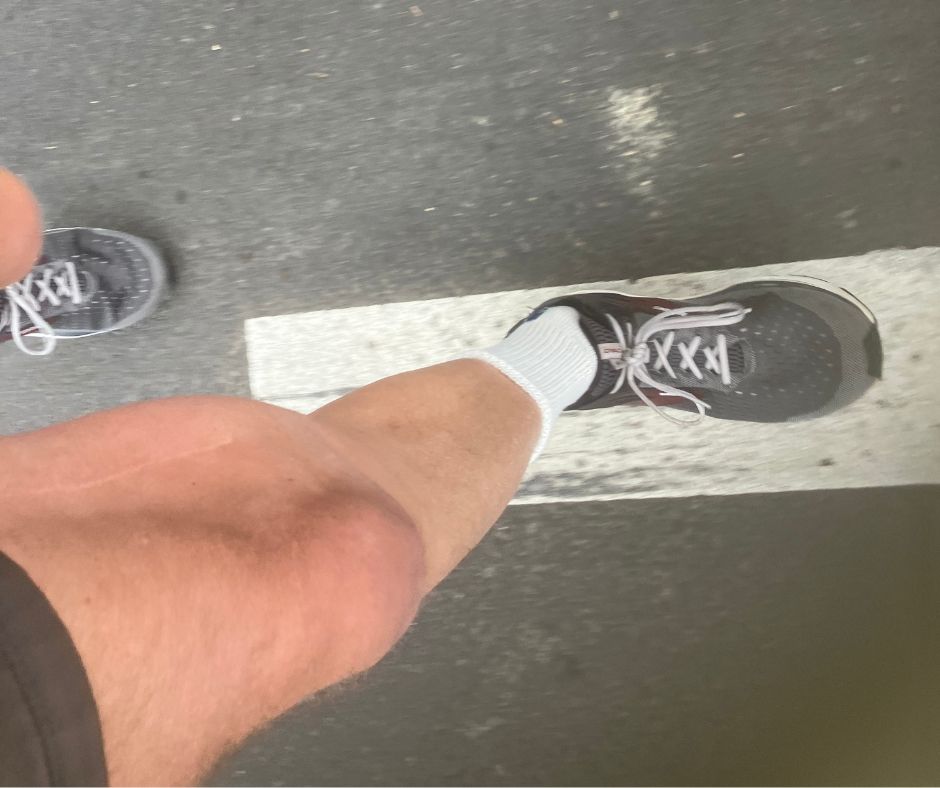 New Year’s Day, the morning mild, the streets whisper-quiet. I have a goal today. With weight at last under control, back down to 77 kgs (and oh so easily, this WFPB food regime sings!), let me attempt a jog out of my suburb into the adjoining one, a 6 km effort I managed only three times this year and not at all last year.

I do not huff and puff. Instead I control my pace to keep my heartrate in Zone 4, below the Maximal zone. The ground zooms past. So sweet is this easy effort that I almost lose track of time. I’d fretted my legs would rebel over the final, extra kilometer, but no, I plod up the ultimate rise. I could have gone on…

Suddenly my head fills with plans. Jogging plans. Small plans to a “real” runner, but to me, it’s like a new world opening up.

What a start to the year! 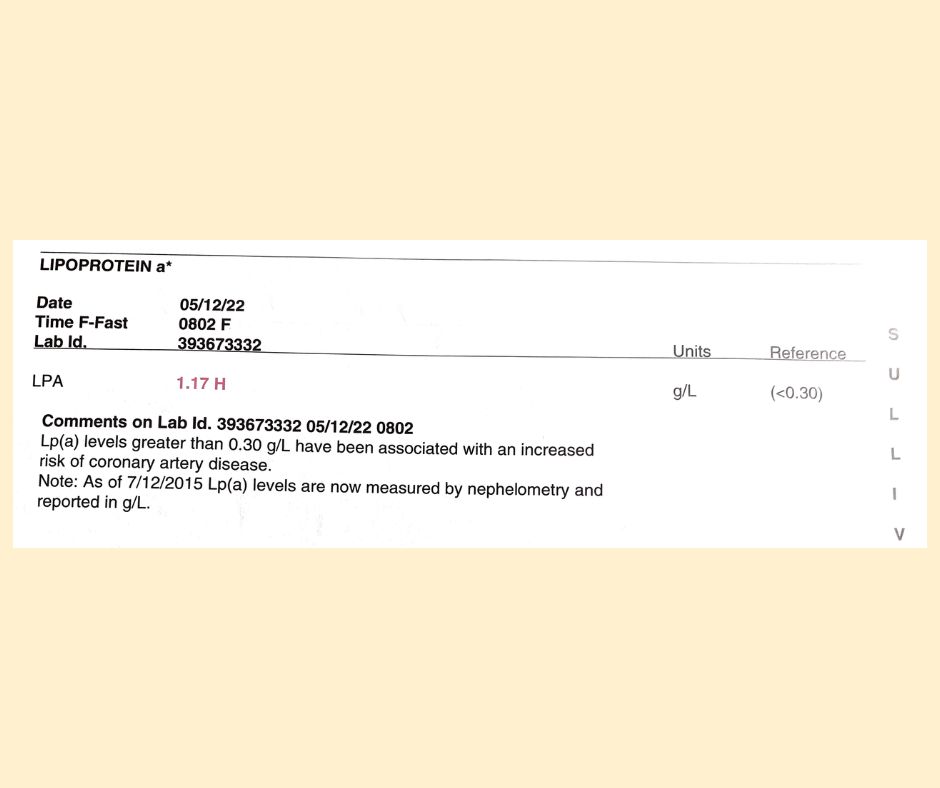 Whenever a medico talks to you about heart disease, they put you through a risk factor calculator. A key factor is family history of cardiac problems. This has bothered me because you might merely inherit your parent’s bad diet/exercise/smoking habits, rather than possess a genetic problem handed down.

Well, I’m a bit wiser now. My first bloods since the August scare included, on the insistence of Dr Mackay, my “second doctor,” something called Lp(a). Lipoprotein(a), that is. I had no clue what it meant until he wised me up. 10-20% of the population has this marker, which indicates the presence in arteries of another sticky protein like “bad” LDL. It’s genetic and can’t be “fixed” with diet/exercise/etc. or with any pills.

As Dr Mackay put it, once you know you have a high Lp(a), you need to “tick all the boxes”: keep yourself lean; lower your blood pressure; exercise; avoid dairy/eggs (let alone meat); and get your LDL down to below 2 mmol/L. This new WFPB diet is an attempt to do just that. 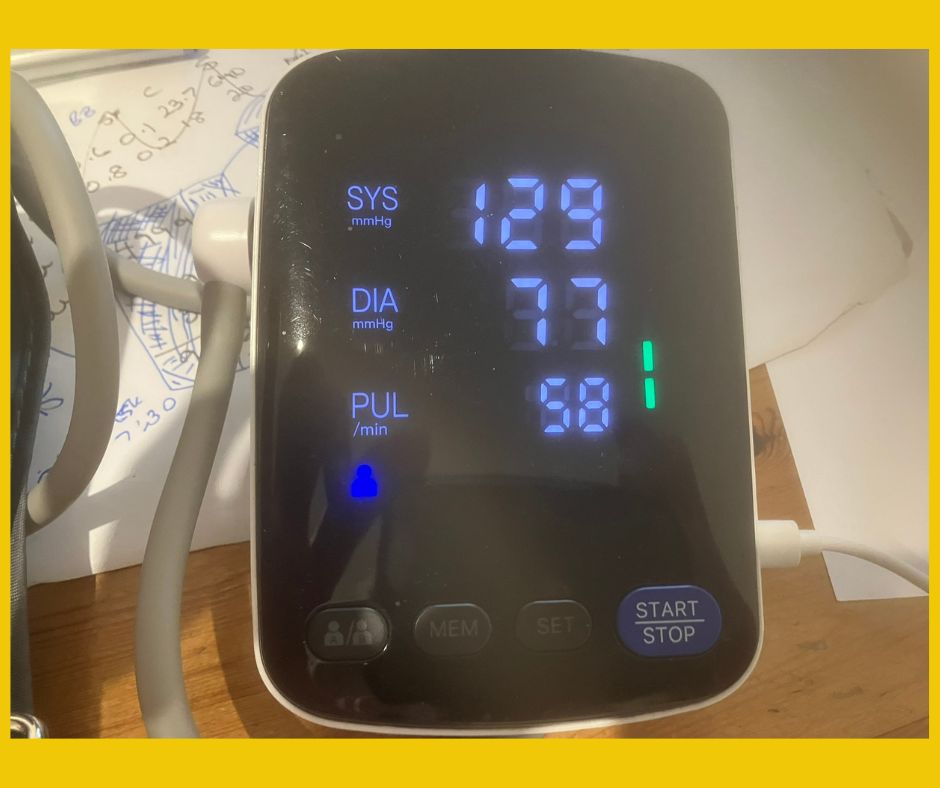 One of the reasons I’m trying out a Whole-Food Plant-Based diet is that I bought a blood pressure monitor after my heart scare in winter. I had never paid any attention to my blood pressure. Why should I? I was fit and healthy! Whenever a GP took my blood pressure as part of an examination, I forgot the funny numbers immediately. Even when, more recently, I began to be told that I on the “high end of normal blood pressure,” I blocked out the message.

In July I could not reel off the numbers at all, so I bought a cheap machine in September and began recording daily numbers. What a wake-up call! Essentially I was at 140/95, sometimes at 150/100.

Five months into the diet, the numbers vacillate but the trend is definitely downhill. I’m recording under 130/80 and last week’s average was 150/85. Pam is at 110/something. Is there any hope of me eventually getting down to that level? 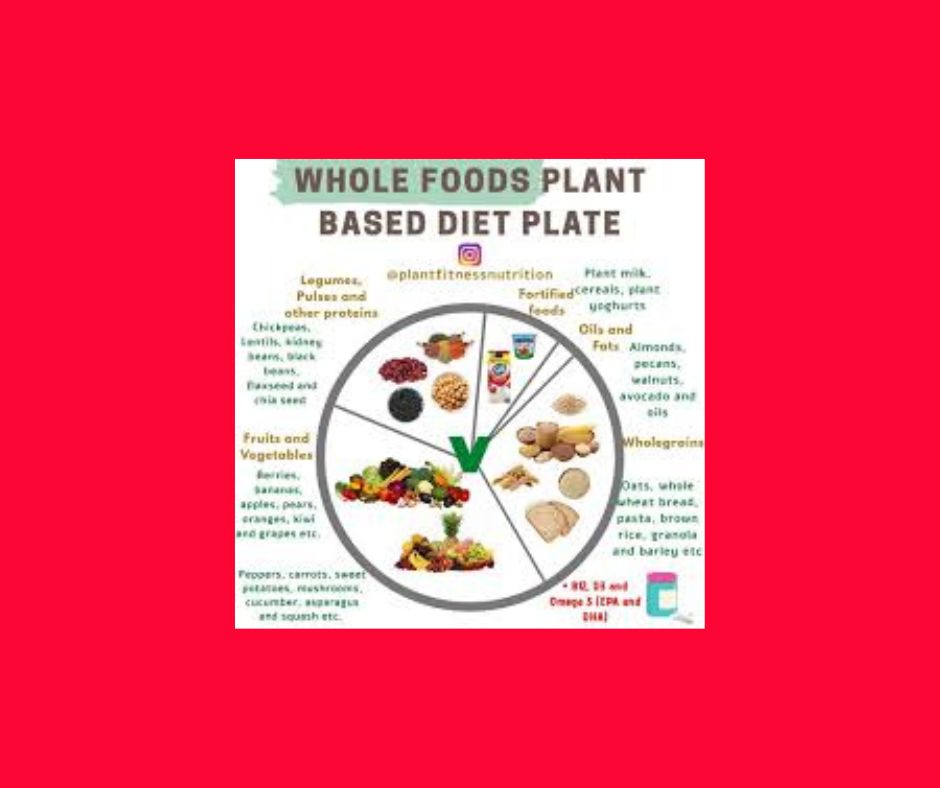 I’ve been silent on this blog but not for lack of daily attention to that core existential issue of health and energy. Let me recap for my own benefit. At the start of August an angiogram seemed at first to be a blessed relief. One artery is 30-40% blocked … no stents, no bypass. But by the end of the month, it dawned on me that I now have a “heart condition” and will be prescribed statins/aspirin for the rest of my life, It seemed illogical to just grin and bear the diagnosis and drugs.

My local GP is incredibly supportive but has minimal grounding on nutrition, so I went and saw Dr Malcolm Mackay, Australia’s leading proponent of preventative/curative medicine through a dietary regime called WFPB (Whole Foods Plant Based). i tried it for three days, regressed, then, five weeks ago, adopted the diet on an experimental basis. “I’ll try it for a while,” I told the world and myself, “and see if it makes any difference.”

WFPB sounds benign. After all, we’re all trying to eat more veggies, right? And we all know we should resist highly processed foods. But in reality, WFPB is veganism plus eliminating all oils (trying to get fats down to 10% to 15% of what you eat) plus saying no to all processed foods. With one step into the unknown, you become someone who only goes into supermarkets to buy vegetables, fruits, lentils, beans, and a few nuts. Plus selected low-fat vegan foods. On top of that, it turned out I have high blood pressure, who knew? That means reducing salt intake to a minimum. Believe me, this last stricture is one of the toughest.

I’ve had to learn a whole new way of eating and preparing/cooking foods. At book group meetings, I can now only eat carrot sticks and a bit of hummus (if it’s low-fat and low-salt). I’ve spent the last five weeks obsessively reading up on the diet (and its opponents and alternatives, for there is much controversy), sourcing the strictly regimented ingredients, tracking precisely what goes into my mouth (via an app, for how else can I come to grips with what to eat in a day and how much?), stocking the pantry and freezer with items, and cooking new things and in a new way.

Five weeks isn’t long enough to settle the experiment, but it is enough to settle down into it, and to stop being obsessed. And my first blood test results since August confirm that the diet is very friendly to my body. I’ve lost six kilograms, my cholesterol is way down (partly, of course, due to the fricking statins), my blood pressure has ticked down a bit, and I feel great.

So … I’m back in action as a writer. I’ll blog on this health experiment going forward, mostly to sort out in my mind whether it is in fact worth doing. After five weeks, I can now relax into the world and see where I end up. 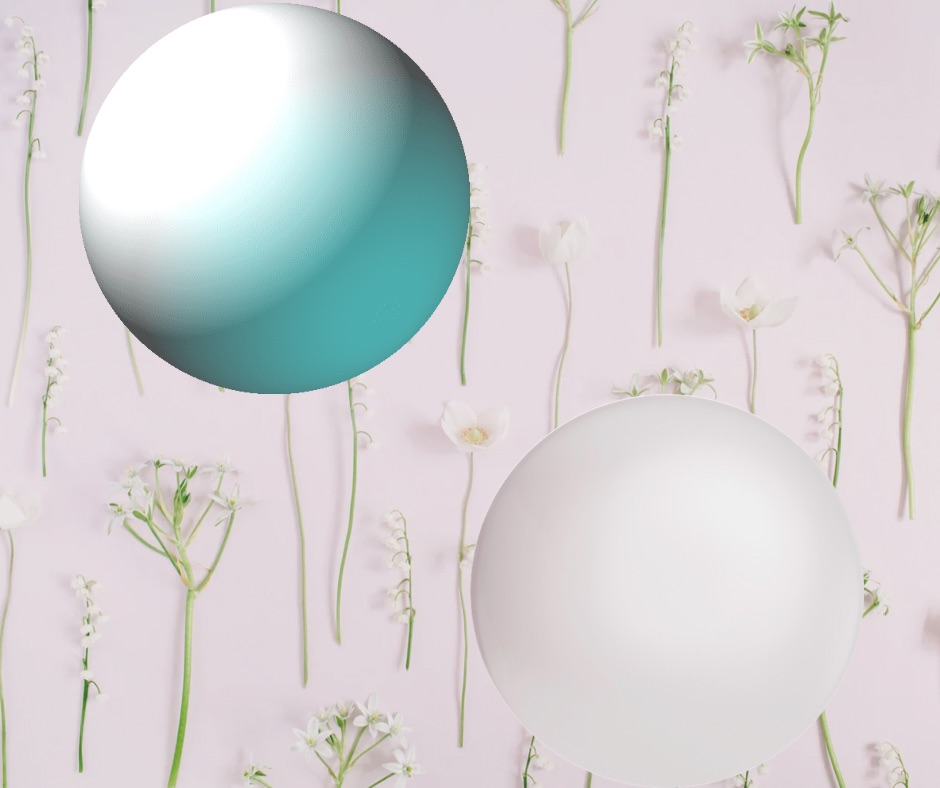 My thinking is convoluted at the moment but it makes sense to me. I’ve realized I struggle huge tensions between my mental/physical health and focusing on the book work. When one sphere disappoints, I blame the other sphere of attention, and my mind rolls around and around and around.

Well, today I can see a way forward. I have my work (one sphere) and my life’s energy (the other sphere). They’re both important but I don’t entangle them. They float in space, if you like, bumping rarely. I try and fit my workday into the main part of the day, and during that I don’t worry about what I’m doing to be healthy and mentally grounded. Early in the morning, I do the exercise I need (but if I miss out, for example by sleeping in, well, I wait until tomorrow), and I have flexible rules on what I can and can’t eat, and the period from late afternoon until bedtime is when I I mop up the day and look after myself.

Sounds silly? It does, even to me. But I’ll try it. 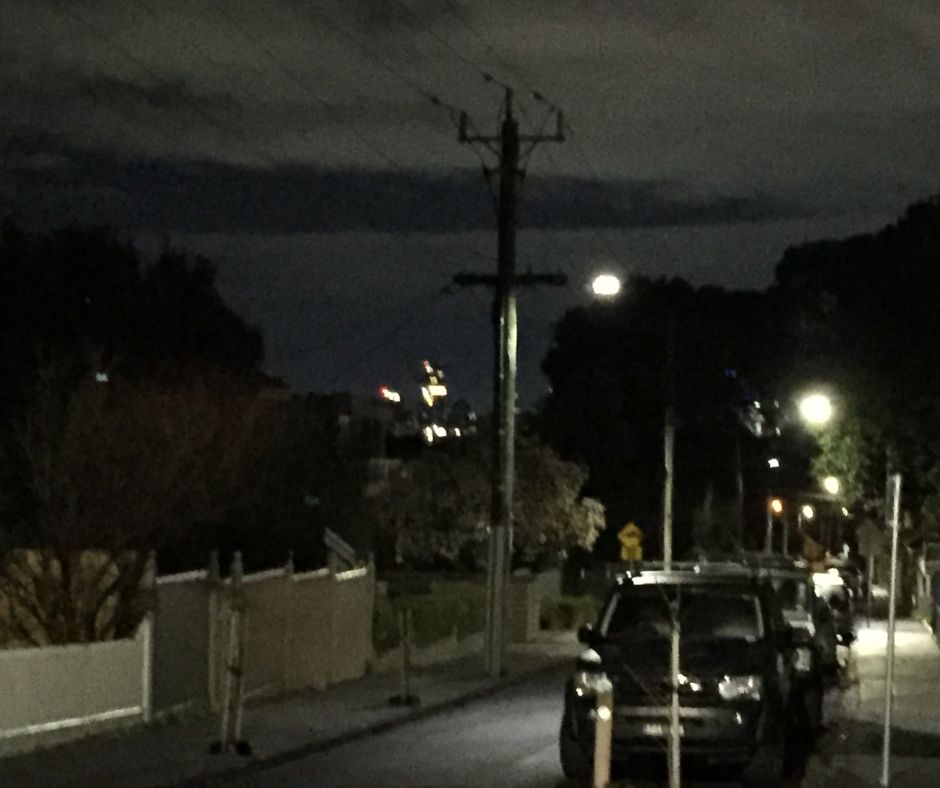 This will be my view plunging down toward the Yarra River tomorrow. Mostly I’ve been running on the quiet and not-so-quiet roads but this morning I ran along the lazy brown flow. Soft early sun. A balm. Daylight saving kicks in overnight, so it will be dark once more tomorrow. I’m so lucky.