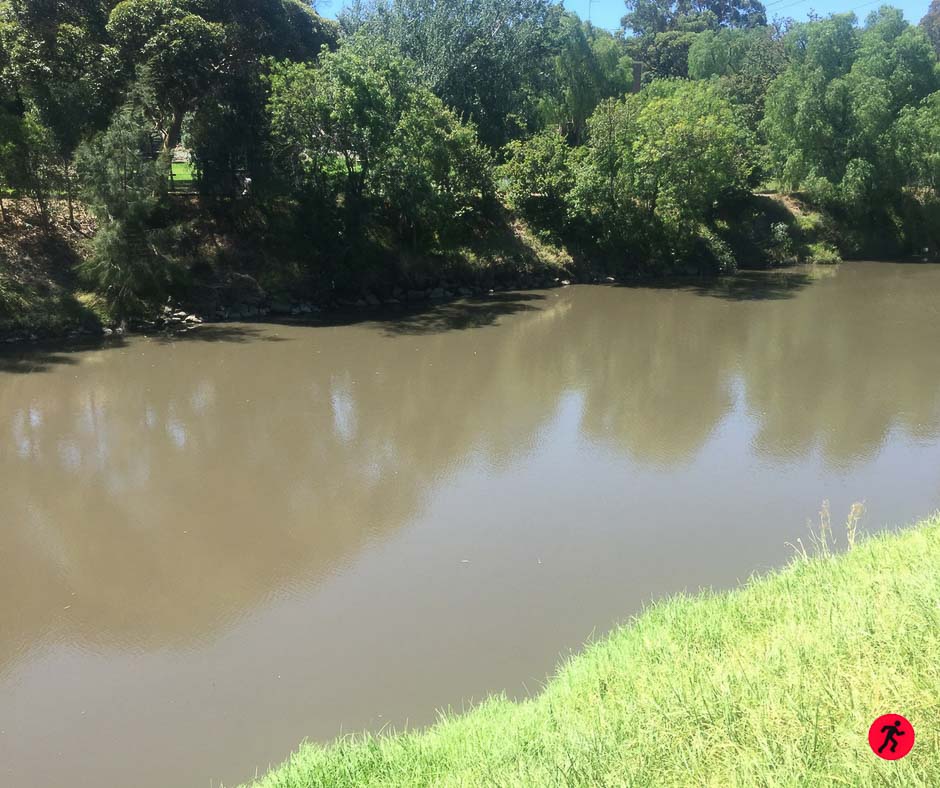 Just when I hoped the jogging hoodoo was smashed, yesterday’s 30-plus heat brought out the worst in me. After 4 kms, gazing up the hill to Yarra Boulevard, I turned around and then, even more ignominiously, after another kilometre, I stopped. I recorded 5 kms and walked home.

Last year such a lapse would have torn me apart and I’d have plotted a catch-up run. This year I find I have a different perspective: the Writing Big Year is manifestly more important. A nagging chest muscle issue, now over a month old, tells me not to push matters. So . . . I decide to focus on the year-end numerical goals: cycle 5,000 kms, jog 1,000 kms, and attend gym 100 times. I’m behind in all three but have options and time. Plus I remain committed to exercising each and every day. So . . . yesterday’s paltry 5 kms is, after all, good enough.

One month in, the Writing Big Year is intense to the point of near mania. I’ve finished two chapters but am falling a bit behind schedule, without much possibility of catching up later in the year. Protecting early rises by staidness and moderation in the evenings is a habit that’s onerous to master. In practice I’ve missed a handful of in-the-darkness alarms and had to scramble to make up time later in the days. So far I’ve honored the basic commitment. February will be key: can I deliver on the (adjusted) schedule? Let me also say how enjoyable this focus is.

The Fitness Big Year is a magnificent work-in-progress. I’ve kept up the daily jog/cycle/workout commitments and find the new activity mix exhilarating. Who knew riding a bike would be so much pure fun? Jogging has turned into a trial by fire but I’m only a bit behind target: 71 kms towards my 1,000-km goal. A persistent chest muscle injury hasn’t stopped me from getting to the gym 7 times, close to what I need to meet the 100 workouts/year goal. That injury, however, has led me to hold back on longer cycles and I’ve only managed 252 kms, only half what I’d hoped for in order to reach 5,000 kms over 2017. I’ll have to ride faster, or for longer, or both, or maybe I’ll have to put in some scary long rides. February also looms large for this Big Year.

Funnily enough, the Rock Music Big Year has proven straightforward. I’ve listened to 11 albums and written 11 “reviewlets,” exactly as proposed. I’d thought I’d listen on couch in evening; instead I’m one of those zombies you see walking the streets in a headphone cocoon. Such revelatory bliss! The only downside has been reduced book reading, but so be it.

February, be kind to me! 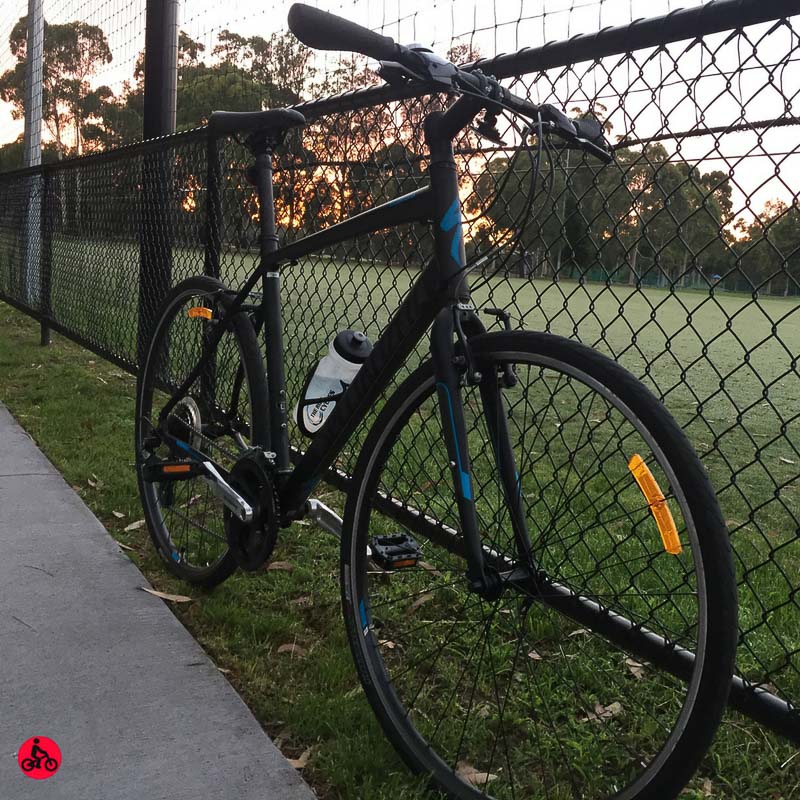 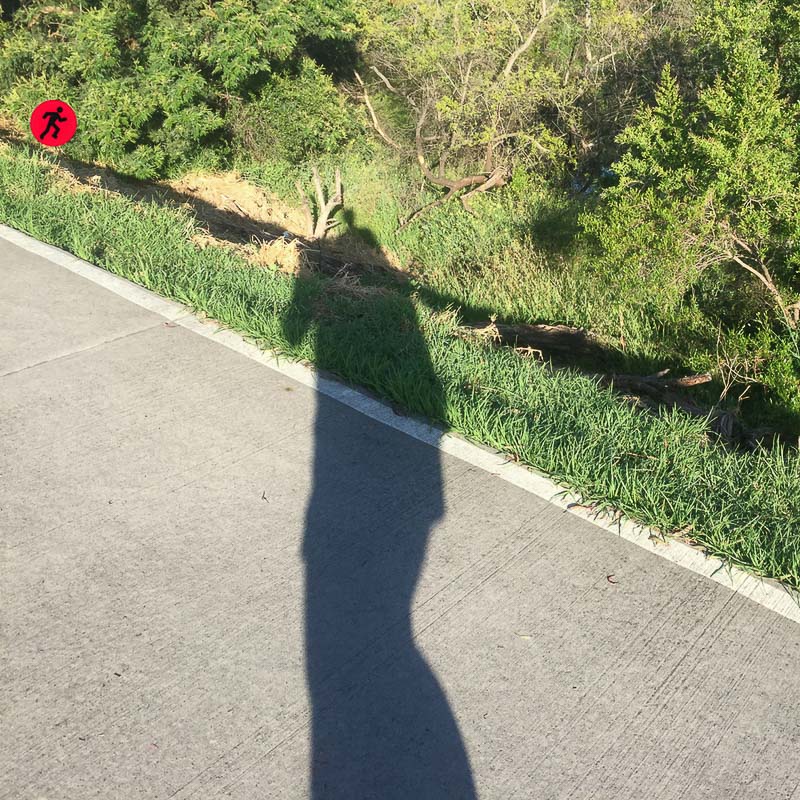 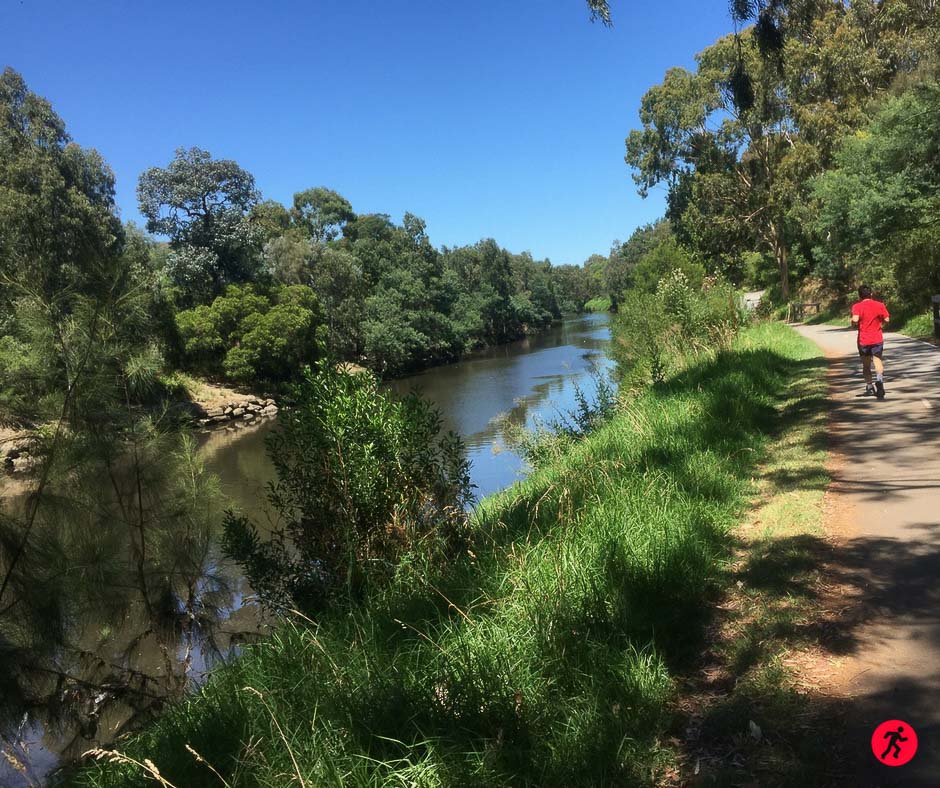 Well, I stretched slowly, then headed out along the river on a nigh perfect day. My first three splits were quite fast but I made myself slow down. At the halfway mark, the monkey mind tried to tell me to stop, but I stuck with the slow pace and, to my relief, arrived back home without stopping. A slow pace of 6:31/km but I was so pleased to have not succumbed this time. 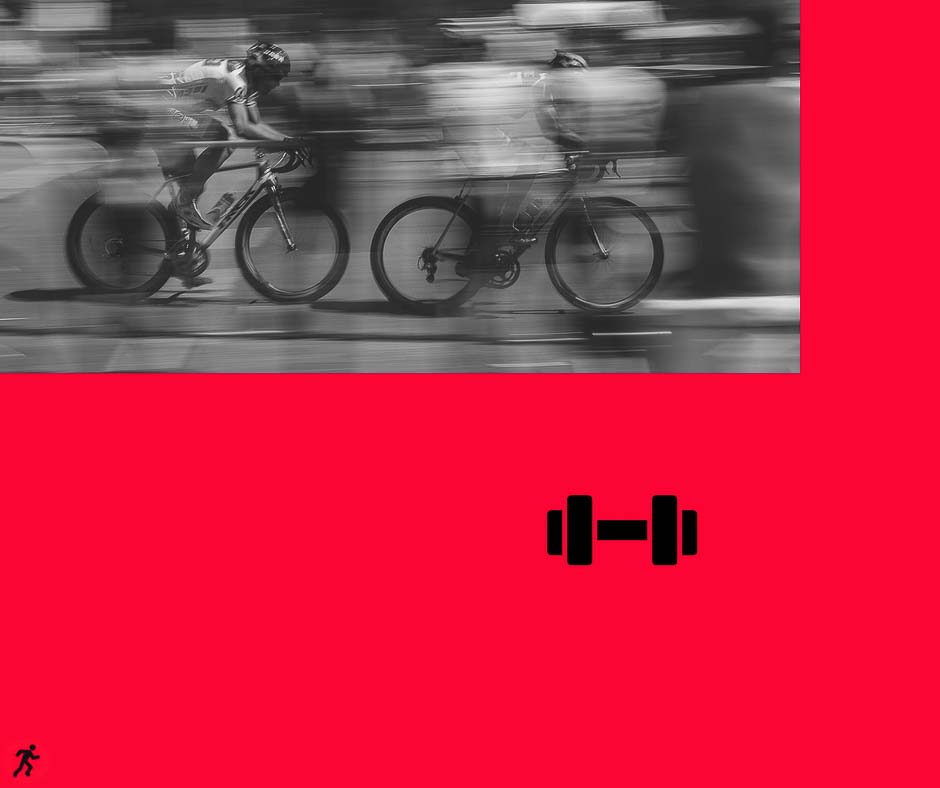 Twenty days into the year, six of them away hiking, I’ve already missed one day, sidelined by an annoying inflamed chest muscle that scuppered any of my three fitness activities. I’ve jogged four times and stopped short, for no good reason, twice; 31 kms instead of 40 kms. I’ve cycled five times, not six, and 130 kms is well shy of the 200 kms I should have achieved. The muscle injury was really uncomfortable hiking near Mount Jagungal and will likely take another week to fully fix. Not the kick-off I’d desired, that’s for sure! 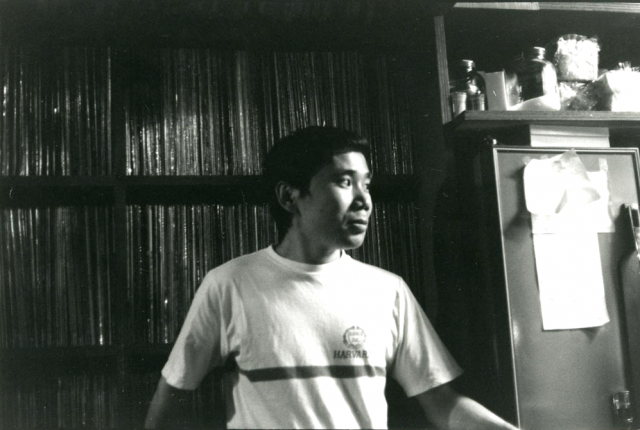 Take a look at this from Volume 4 of the Paris Review Interviews, one of my heroes, Haruki Murakami:

When I’m in writing mode for a novel, I get up at four a.m. and work for five to six hours. In the afternoon, I run for ten kilometers or swim for fifteen hundred meters (or do both), then I read a bit and listen to some music. I go to bed at nine p.m. I keep to this routine every day without variation. The repetition itself becomes the important thing; it’s a form of mesmerism. I mesmerize myself to reach a deeper state of mind. But to hold to such repetition for so long—six months to a year—requires a good amount of mental and physical strength. In that sense, writing a long novel is like survival training. Physical strength is as necessary as artistic sensitivity.

Zap! Not a lot different to what I’m aspiring to in 2017, albeit with less of his “good amount of mental and physical strength.” When you spot interconnectedness like this, it’s tempting to infer a cosmic sign, but in this case I’m not quite sure how to make use of Murakami’s advice . . . 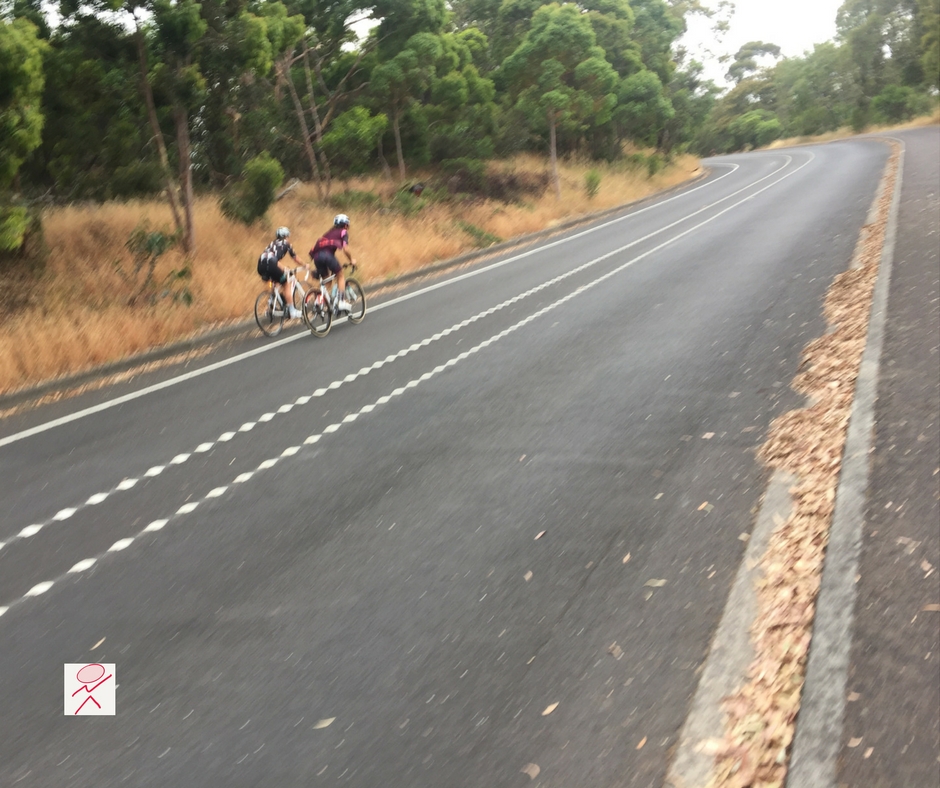 What is fitness? Dictionary definitions don’t help at the individual level, nor does Google (you get millions of vague words by personal trainers pitching for clients). Specifically in my case, I called 2017 a Fitness Big Year simply because I was committing to a haphazard mix of cycling education (with a half decent distance goal), jogging (“keeping my hand in”) and gym (“it’s good for me, right?”). But is that all, am I just focusing on daily discipline? Or do I actually hope to “increase my fitness?” How will I know if my fitness does improve or worsen? If there is some form of goal beyond working my body daily, shouldn’t I be a bit more scientific about my approach? Shouldn’t I mix up some aspects, such as speed workouts and hills? My time is constrained, so I can’t join a club, or get a “fitness assessment,” or sign up for some kind of trainer, or do a course. Every time I run or cycle, these thoughts come back to me, but I’m confused, most confused.

It’s a fitness obsession but why? Last year’s stricture was to jog an hour four times a week and to attend gym three times a week, plus stretch daily. I called that a Jogging Big Year because I wished to instill a habit of strenuous runs. This year, needing to mainline on energetic writing, I’ve shied away from big-time physical goals. Instead I’m mixing up the exercising: three cycles a week, two jogs, two gym trips. What makes it a Big Year is insisting all of it is compulsory, from January 1 to December 31.

In essence, each week I substitute two bicycle trips, of two hours’ duration, for two of 2016’s one-hour jogs, and also switch one gym session to a one-hour cycle. A few people have told me that an hour pounding the streets on jogging shoes is “better for me” than twice as long on wheels. Perhaps that view makes sense? Will I “lose condition” in 2017? What is “fitness?” How does one judge if one is “fitter” or not? Should I be doing anything special to turn my dailies into a “fitness regime?”

Using so many quotation marks tells me I’m messing with rubbery concepts. How do I conceptualise “fitness” and make something “big” out of this Big Year? I’d better ask around . . . 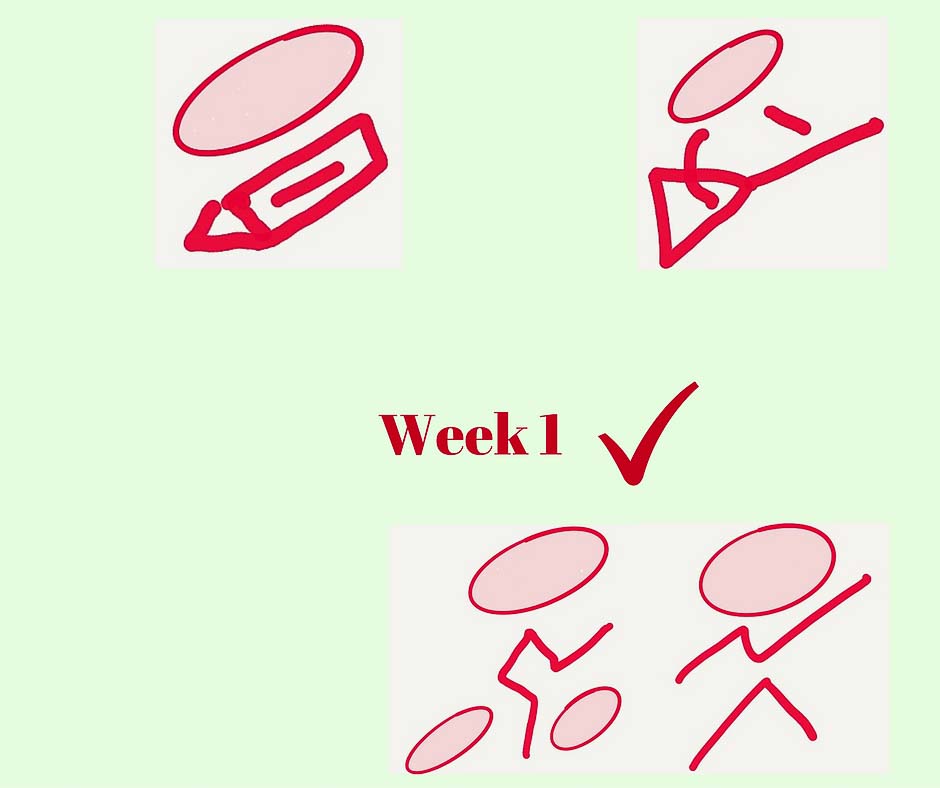 Most important: I wrote and worked well . . . not quite as well as I should have, but I rose early on six days (slept in once but made up for it) and hunkered down. I rode a bike three days, only 76 kms not 100 kms, but enjoyed every moment and consider my launch a fine one. Jogging was, for some reason, horribly tough, and I dropped short on Wednesday, but I forgive myself. I listened to music all 7 days – carving out the time was irksome but I’m already getting used to that – andsuddenly I’m humming stuff in my head! All up, an encouraging start and the tension I imposed upon myself will, I’m sure, ease over the next few weeks as I get used to a very different way of focusing time.