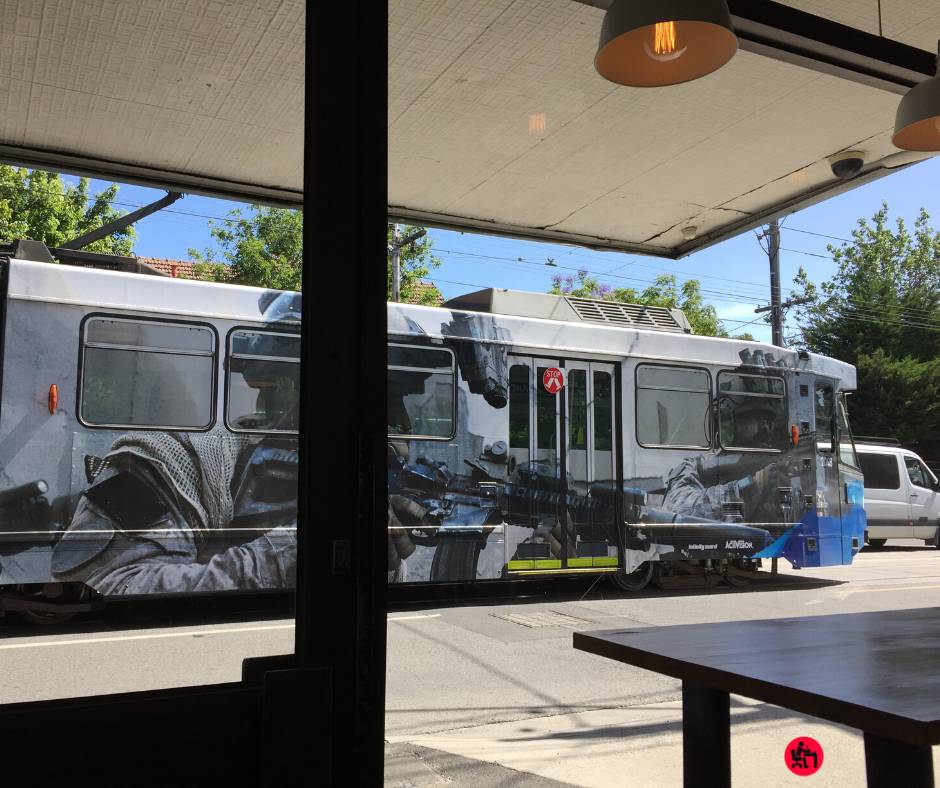 The myth of the writer who cuts herself off from the big smoke, who pens her masterpiece in a remote country cabin, is just that, a myth. Who in their right mind would endure isolation when you can lift your head from your pen and spy a tram wrapped in an image of Call of Duty: Modern Warfare, all guns and battles? Inspiring, I call it. 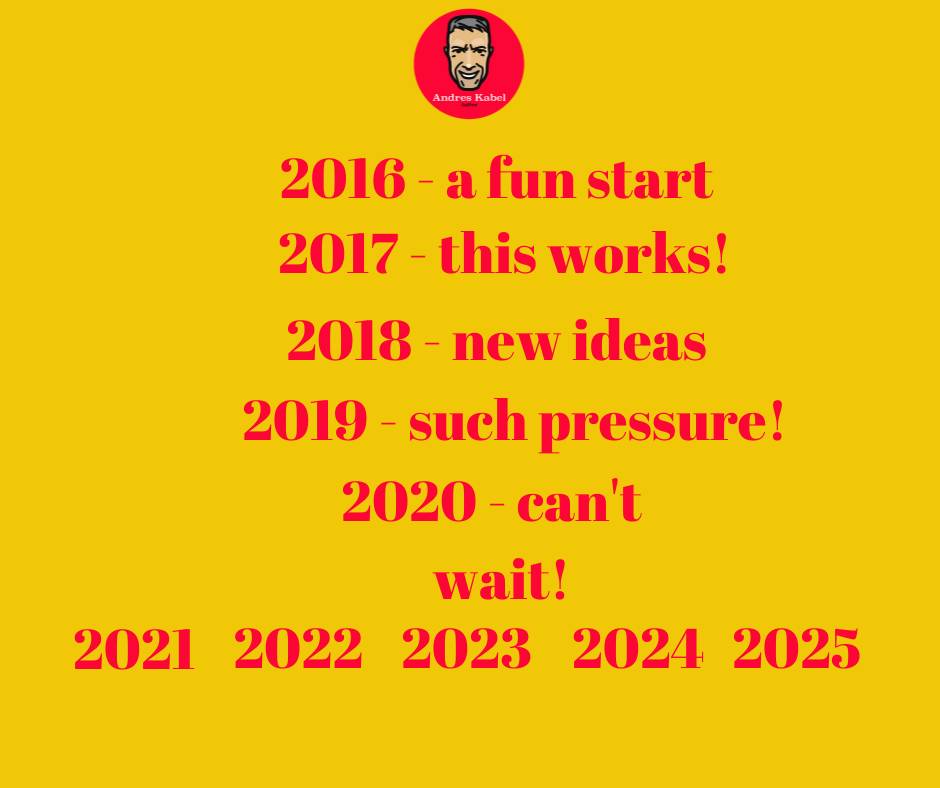 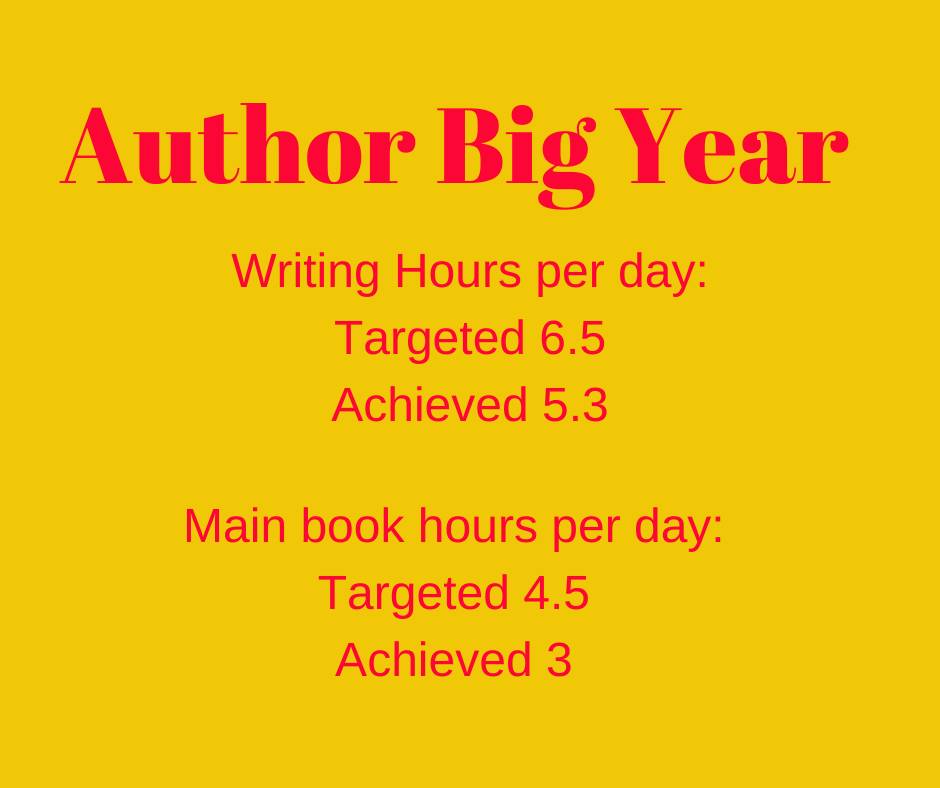 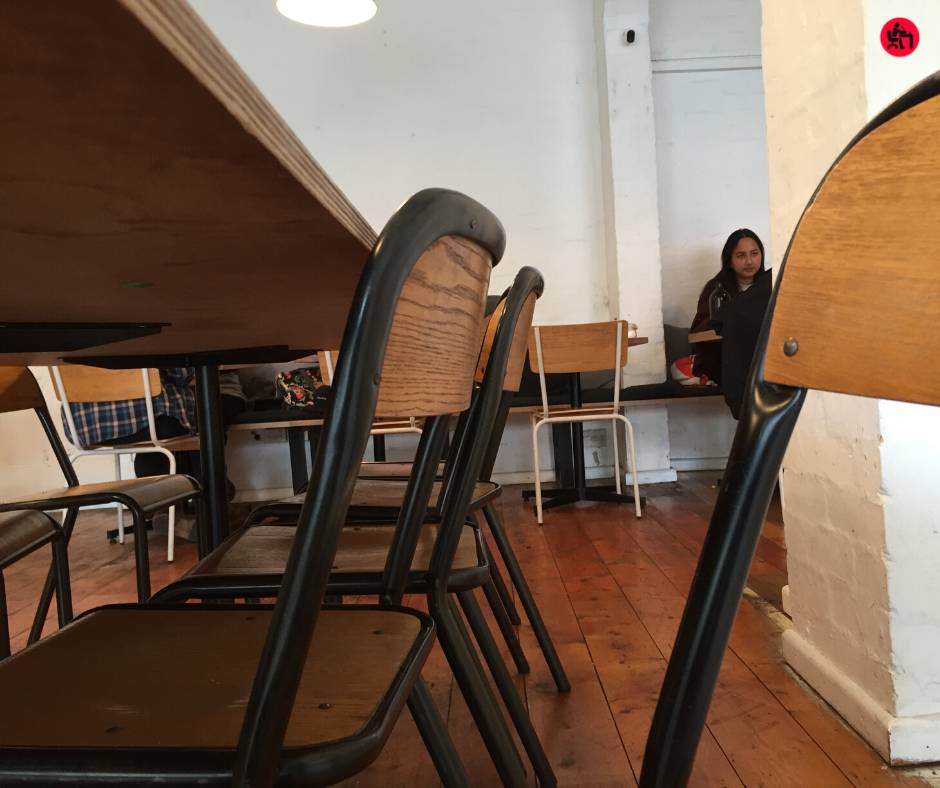 Recuperative, inspirational, taxing vacation over, a wet Melbourne day of buffeting winds greets me. I get where I belong. 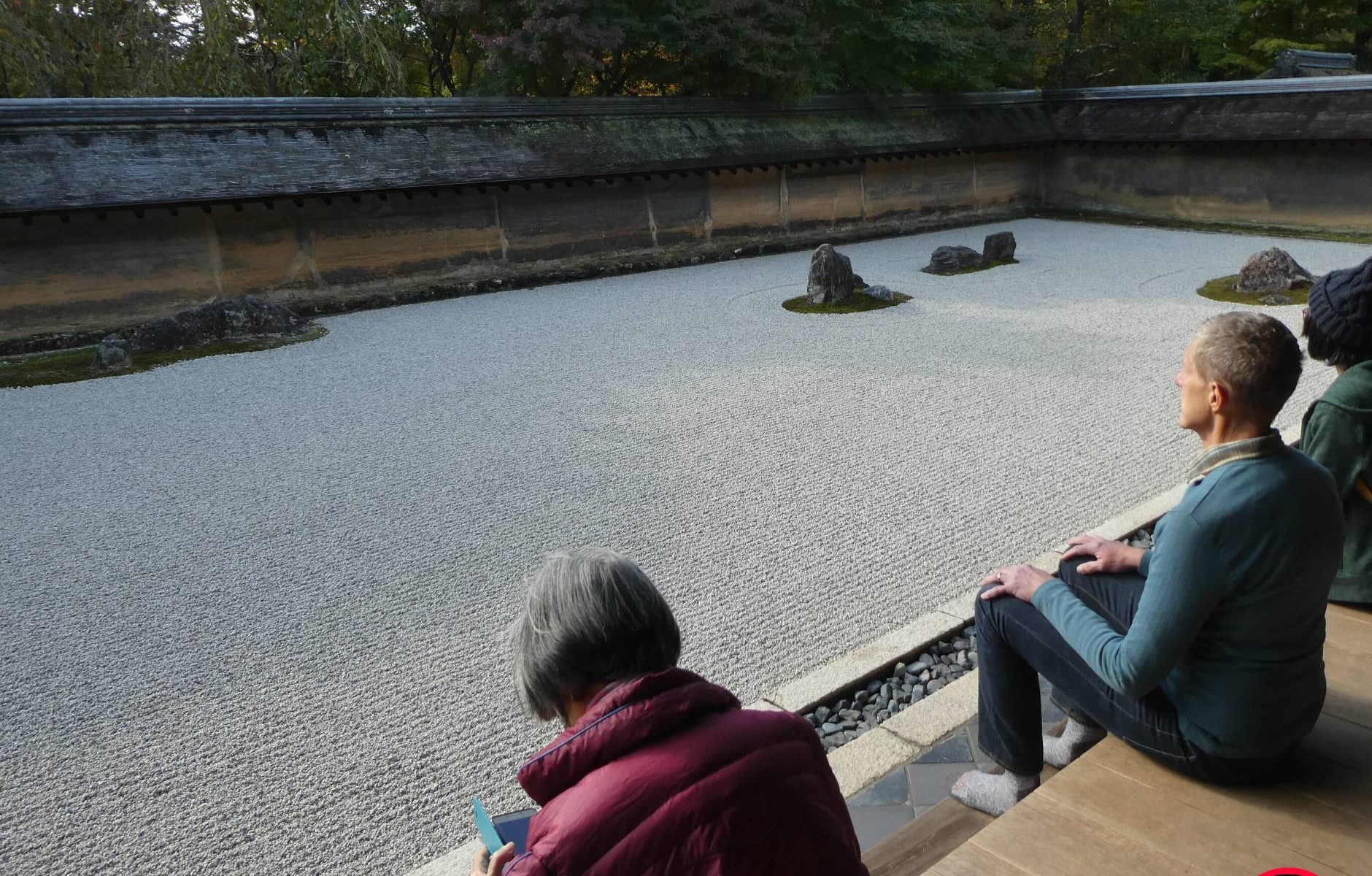 My memories of a month traversing Japan thirty-four years ago are hazy but I recall a Kyoto temple where a field of sand was raked daily in a Zen style. I remember a sense of peace. Yesterday I asked a walking tour guide about such a place and he showed me a Google image of Ryoan-ji Temple about an hour from where we were staying. It matched my recollection.

So today we caught a bus to check it out. It proved to be a highlight of our fortnight in Japan.

I tried an experiment at the karensansui (dry landscape) sand-and-rock garden. Last year I ran a Headspace Big Year, diligently using the app to do ten minutes of meditation-lite each and every day. The habit didn’t stick long in 2019 but at least I can sink into some level of quietness, so I set my iPhone timer to fifteen minutes and sat next to a shaped tree facing the white sand, an expanse that stretched beyond its physical dimensions, or so it seemed to me. In spite of the clamour of tourists as around, I succeeded in resting my mind on the images needed.

I had a couple of purposes in mind. One was to finally agree with myself on two Big Years for 2020. Mind in a rare unruffled state, I did just that. 2020 will be selfish and unselfish. Each day I’ll run a race or train towards a race (we’re not talking athleticism here, I’m as slow as can be), call it the Racing Big Year. Each day I’ll work on something for Extinction Rebellion; call it the Activism Big Year. 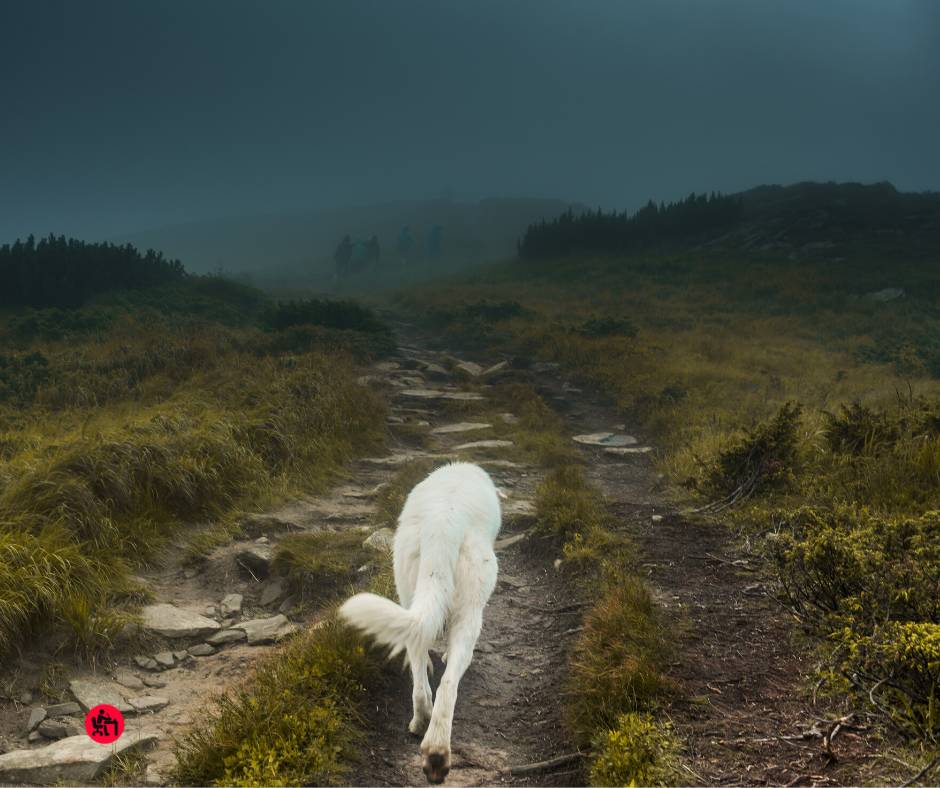 This Author Big Year – a massive effort daily, with rules and strictures – is nearing its December 31, 2019, conclusion. Maybe after the event I’ll say it was worthwhile but right now I can’t pretend that. Perhaps it was badly designed. Too big? Too exhaustive? No matter what the cause, all I know is that I’m slinking, not striding, towards year’s end. 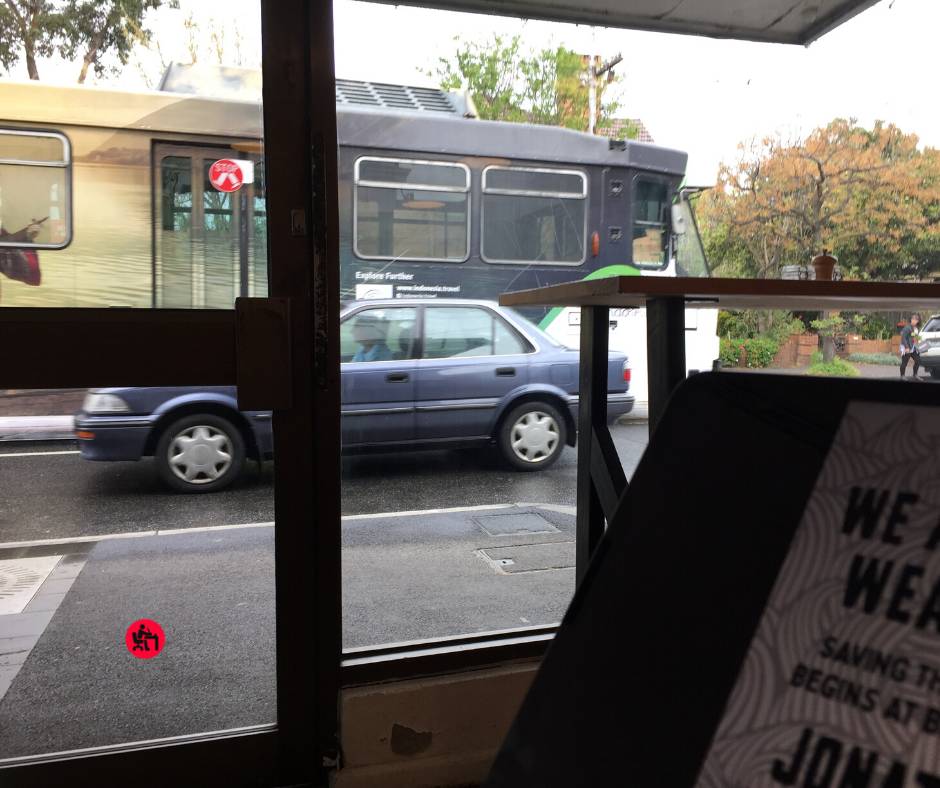 Leaving the late spring of Melbourne tomorrow for the encroaching winter of western Japan. Some hiking, some laziness. This fortnight will screw up my Author Big Year daily averages, but guess what? I couldn’t care less! A break will be a salve. 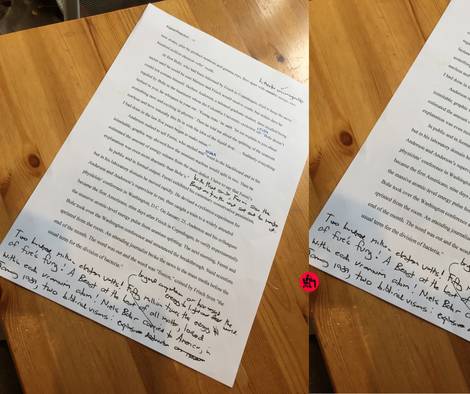 Quietens the raging beast, steady work does. I’m taking great care with a book’s chapter, making sure all the technical bits are clean. Soon I’ll be able to do the permissioning (make sure I can reproduce copyrighted quotes, etc.) and photos (where on earth do I get them from?). I could do this kind of work for hours. Hey, I just did. 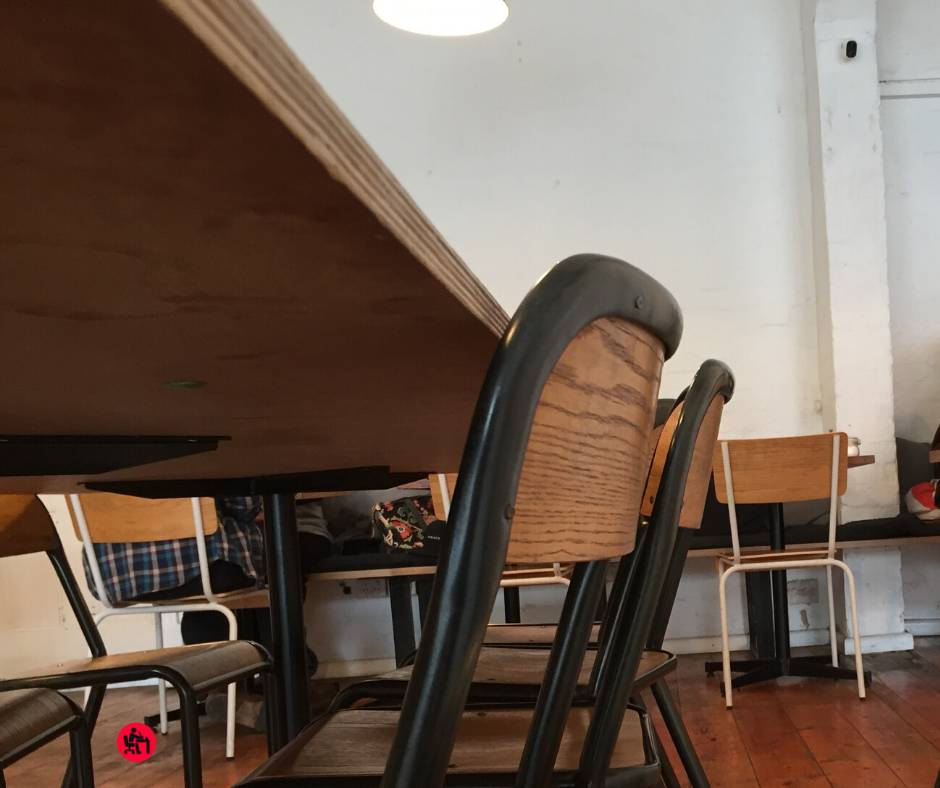 After a week of solitary desk and café work, sometimes highly productive, sometimes meandering, I’m beginning to gain perspective and strength. A routine of routine work delivers routine results, it seems to me. What I can now see is that over the last few months, taking on new, exciting projects has dumped on my shoulders a ton of preparatory “get to know the subject” research that I’m only now clearing. More to the point, some of the research/reading on these new frontiers is done and dusted, some of it can take its own sweet time to be explored, and some of it isn’t all that pertinent in any case. Suddenly I’m shedding tasks and getting back onto an even keel.

I need to work on the nuclear book (see my Nuclear Power History blog and note how sparse it’s been lately, a state I’ll correct this upcoming week). Beyond that, I need to promote the mystery novels and pick at more work on them. I need to do ongoing research into and preparation for my 15 Cranes project (see my 15 Cranes blog). I need to steadily review for my Read Listen Watch review site. I need to prepare my Extinction Rebellion arrest case. Of all these tasks, the first should take nearly three quarters of my time; lately, that’s been only a quarter or sometimes less.

The more I can just work in quiet, with anticipated interruptions, with a steady heart, the better off I’ll be. Bring on the routine. 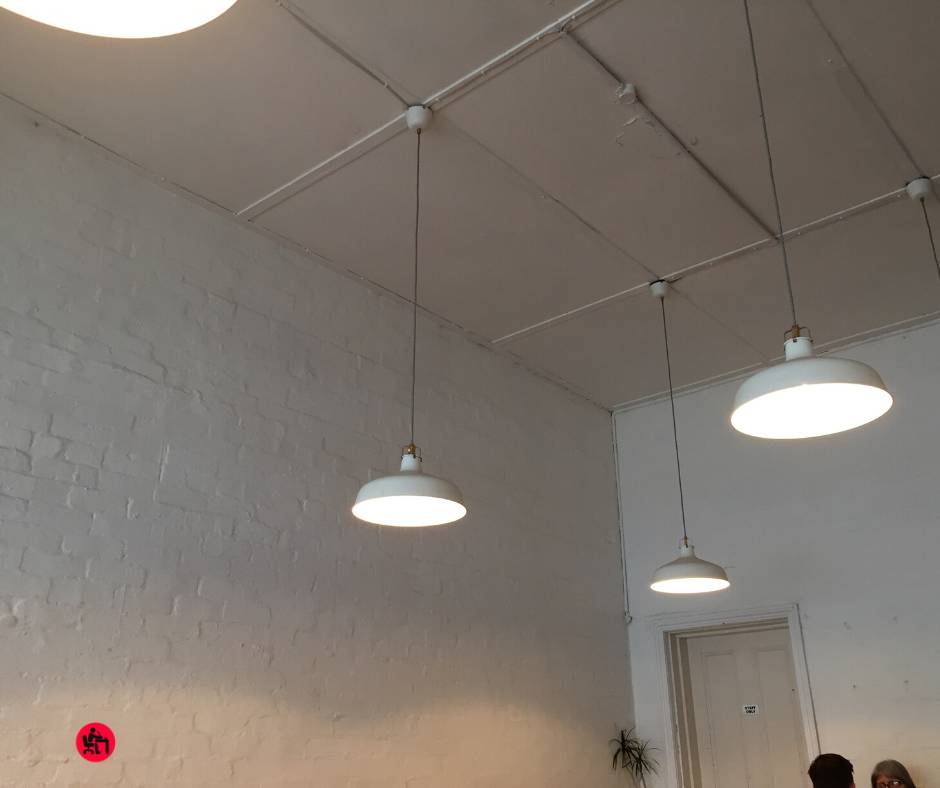 Here I am, mortal and confused. Working so hard but blurry of focus. I don’t need you to tell me this is not a recipe for success.

But what of my 2019 Author Big Year? It’s actually 13 months because I launched it on December 1 of last year, and as of today, it’s been sitting in the middle of my brain each and every day of 330 days. That’s five-sixths of my “year” done. Have I delivered what I promised, which was 6½ hours of writing (4½ hours of which was meant to be “focused” on the big reactor book)? My daily record shows 5¾ hours at desk or in café or in transit, which isn’t too bad, but the “focused” writing has only been 3 hours a day. In other words, the Author Big Year is doing its job, motivating commitment, but not necessarily on the right projects. I’m not surprised – I’ve launched a number of “nifty new projects” and they’ve jostled for space in my head and heart.