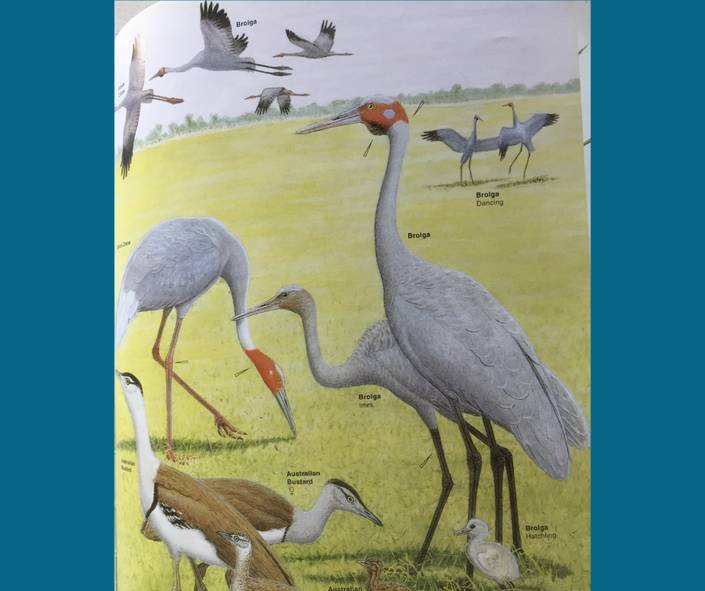 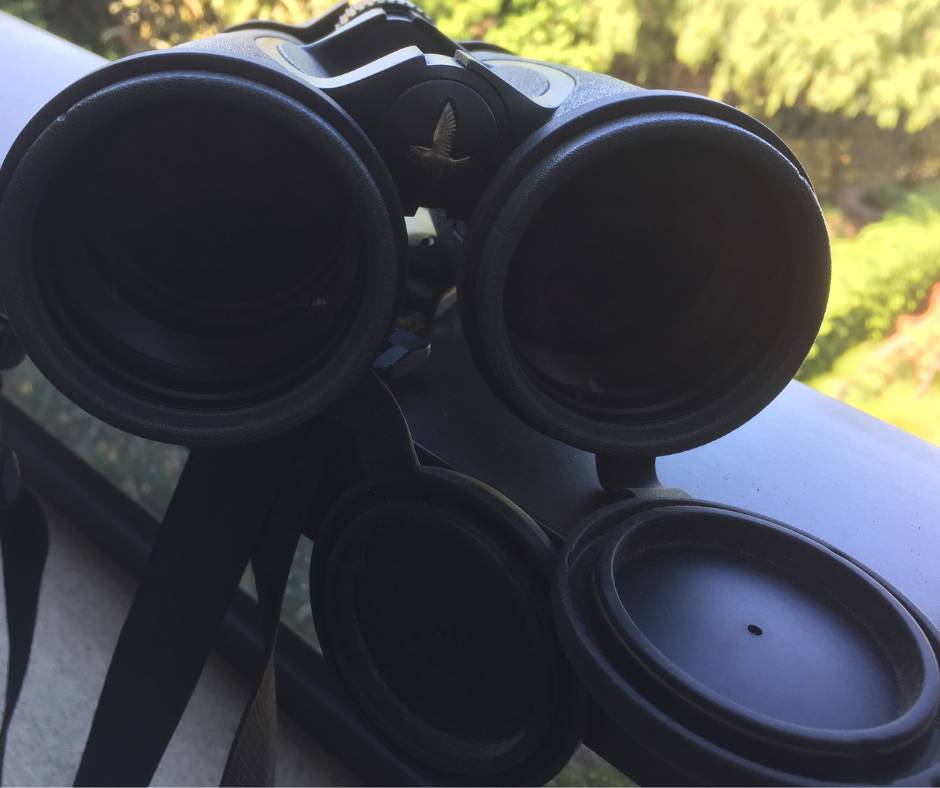 Birders go birding for many reasons. Mine?

So I’m all of the above but none of them. I’m just a bumbling but devoted amateur. This realization hit me yesterday on a tram, thinking of the Cranes project. It came to me: I don’t have to apprentice as an ornithologist or aspire to 5,000 birds ticked or spend months in the bush. All I need do is realize there is some inner passion tugging me towards birding. Call the Cranes project my obedience to that passion. For this project and for this project alone, I’ll research the heck out of fifteen species, I’ll travel the world chalking up full observation and knowledge, and I’ll revel in our wondrous Earth. 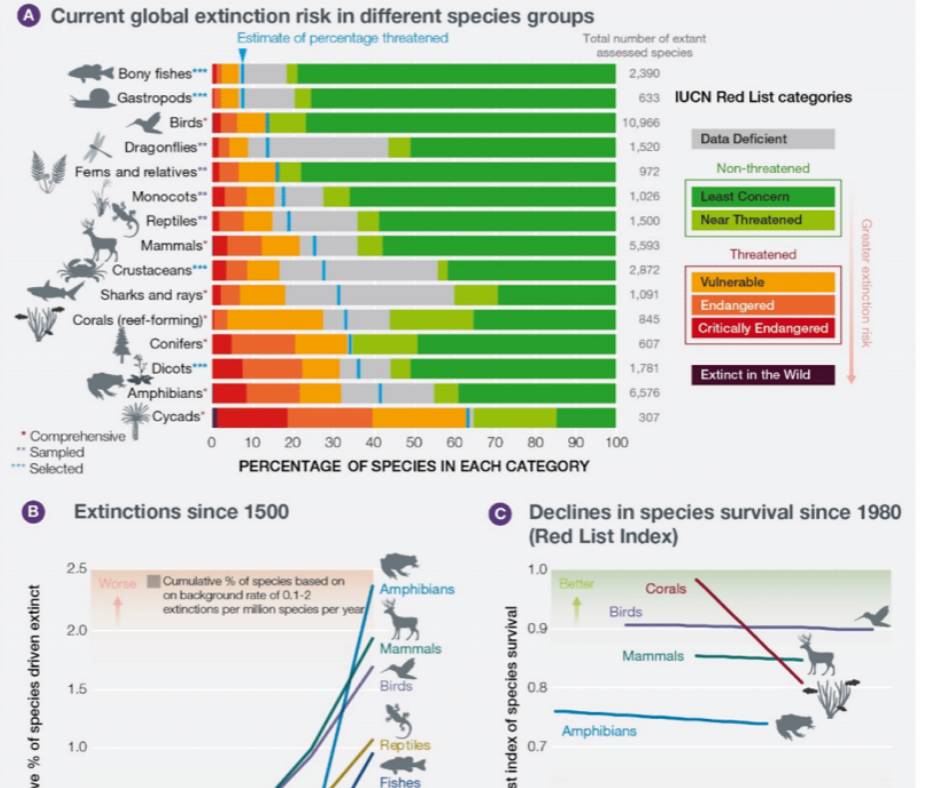 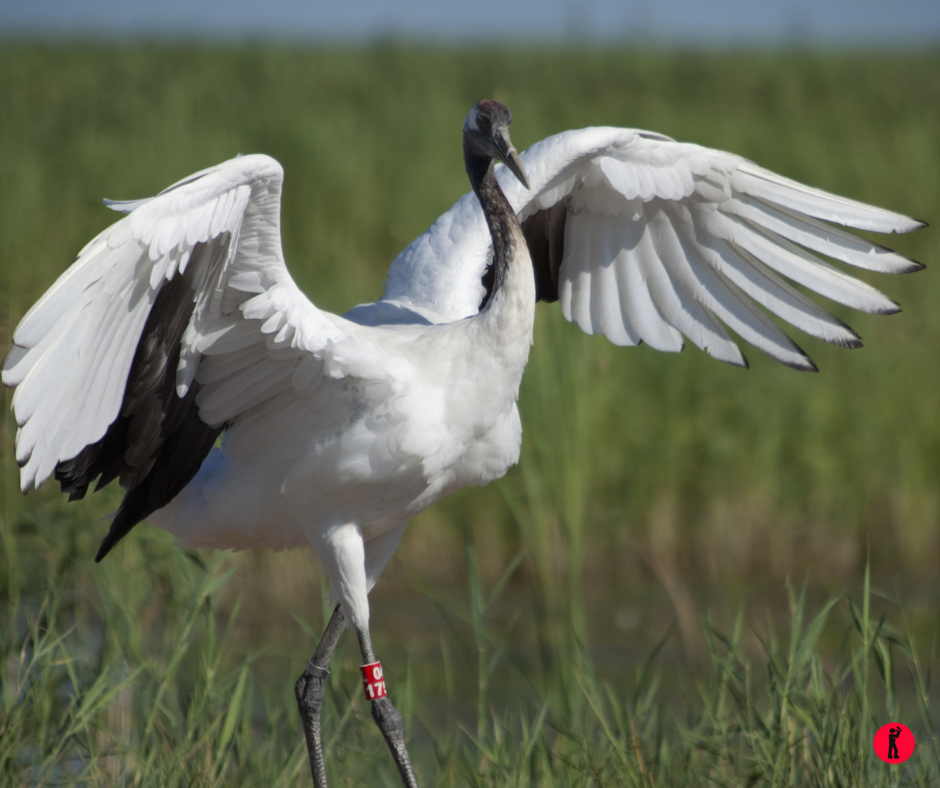 A plan. I’ll keep going everyday with sharp bursts of research and writing, but drop the time requirement to half an hour a day. That’s all I need, but I do wish to stick the course with daily attention. Daily works best, in my opinion. I’ll now focus on what I need to do to start a Cranes project next year: a project plan, a rough budget, a marketing pitch, and essential background knowledge. Onwards! 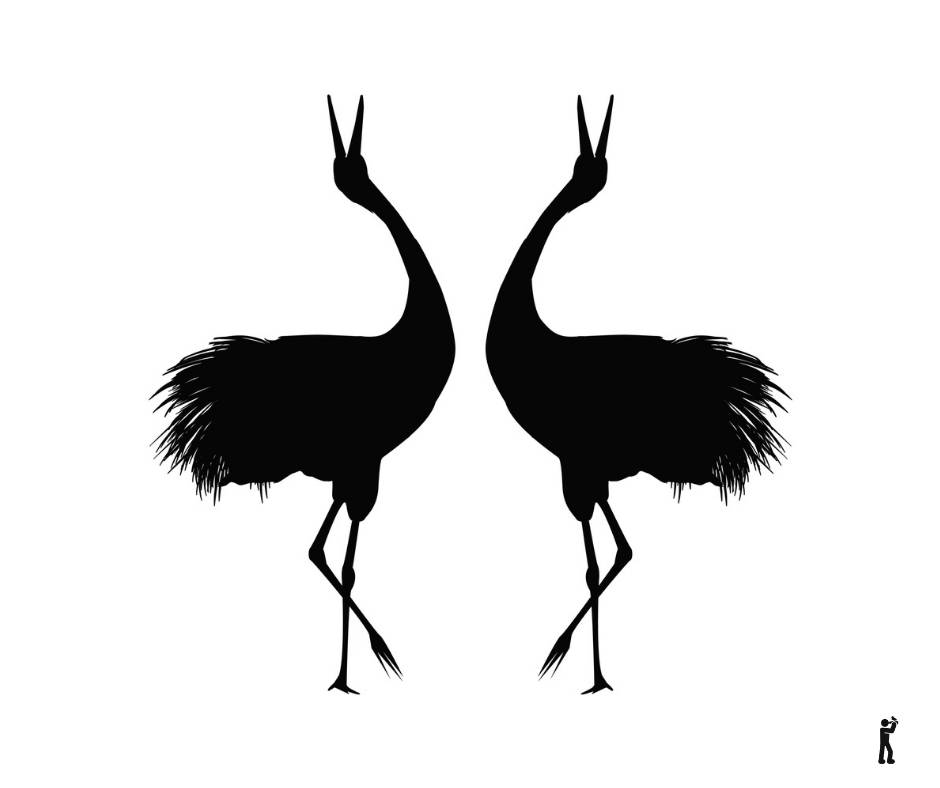 I’ve kept up with daily thinking and research on birding but my heart hasn’t been in it. Only now do I realize just how painful was the ditching, back in February, of my vague dream to see all fifteen crane species, dotted around the globe, in one calendar year. A Cranes Big Year I’ve been calling it for nearly four years. And now it’s abandoned. I know this decision was correct – too tough, too expensive, too ambitious – but quitting a dream hits hard. At the time, I decided to reshape that big year as a multi-year project but have felt no motivation since to do so. Now I’ve decided to reshape this Wings Big Year, for the remaining eight months of 2019. I’ll reshape it around that longer-term project to bear witness to these magnificent birds before they vanish from the face of the earth. Tomorrow’s job of concentrated re-imagination… 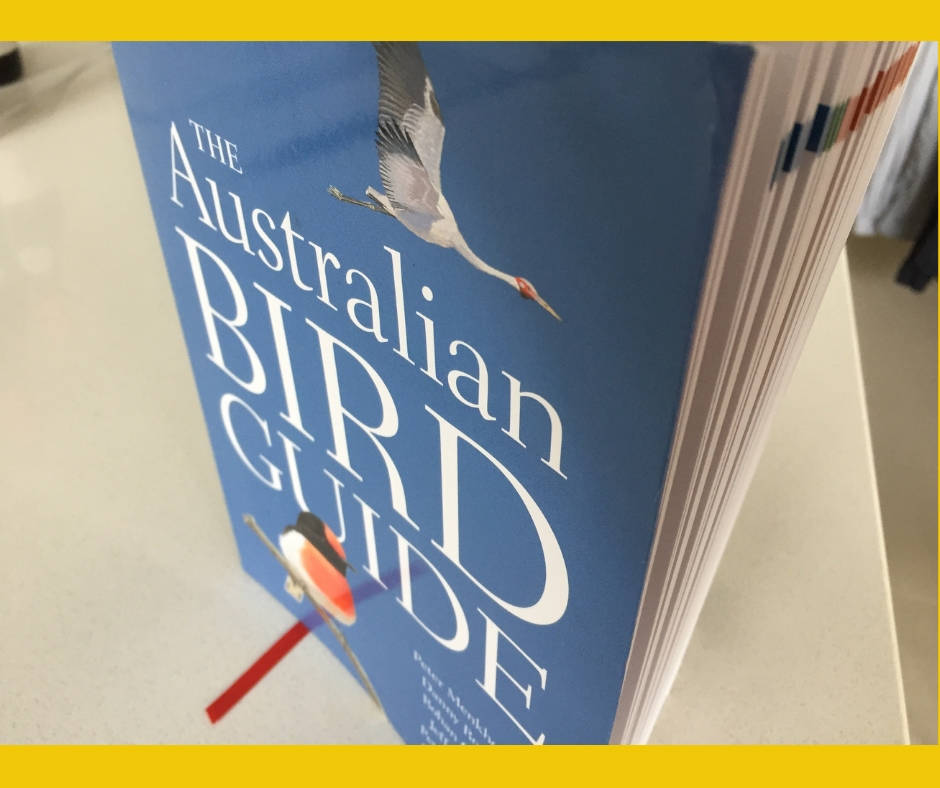 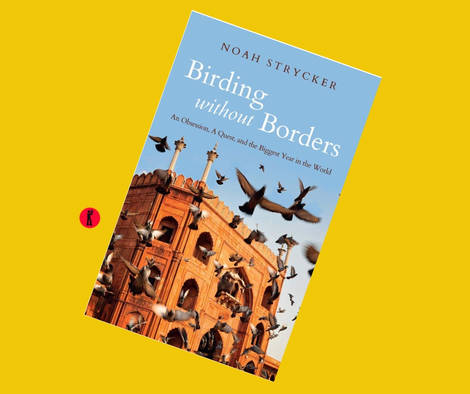 In round figures I’ve always “known” there are something like 10,000 bird species on this Earth of ours. But what’s the precise number? Not having tracked down a full range of data sources, not being an academic, all I’ve done so far is flail around in some books.

Noah Strycker’s “Birding Without Borders: An Obsession, A Quest, and the Biggest Year in the World,” relates how he kicked off January 1, 2015 in Antarctica and then sought 5,000 bird species in South America, Central America, U.S.A., Europe, Africa, the Middle East, Asia, and Australia. It’s a beguiling tale and a beguiling read, but today I was most interested in one question: if 5,000 species was the target over 2015, how many species does he reckon exist? I used to be an actuary, so numbers are important, right?

Although hard to believe in this globalized age, there is no single, agreed-upon checklist of all the bird species on Earth. Instead, we have competing interpretations: the Americans versus the rest of the world. In the United States, most birders use the Clements Checklist, which is periodically updated by experts at Cornell University and which recognized 10,365 living bird species while I traveled in 2015. In Europe and other parts of the world, birders tend to rely instead on the International Ornithological Congress (IOC), a progressive committee that acknowledged 10,612 species in 2015. 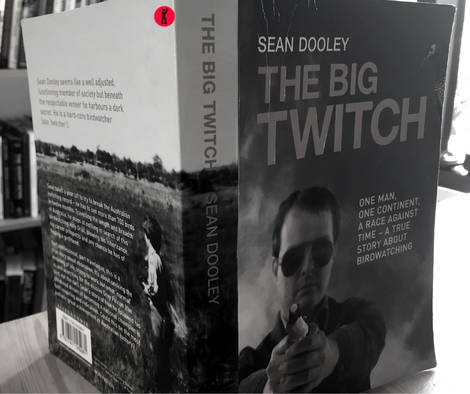 Yesterday I asked one question of Sean Dooley’s “The Big Twitch?” Today I went hunting for two birds in particular. Where did Sean, back in 2002, sight our two cranes, the quite common Brolga and the rather uncommon Sarus Crane? Determining the answer did not prove to be straightforward, for the book isn’t indexed. I find a list at the back of the book of his 705 sightings from January 1 to December 31. Brolga was #316 sighted in Brisbane (really? is it that easy?) on February 15, a tick that apparently wasn’t exciting enough to mention anywhere in the book. But on August 30, he saw Sarus Crane, #564, at the Weipa sewage ponds, his mention being just that, a mention. 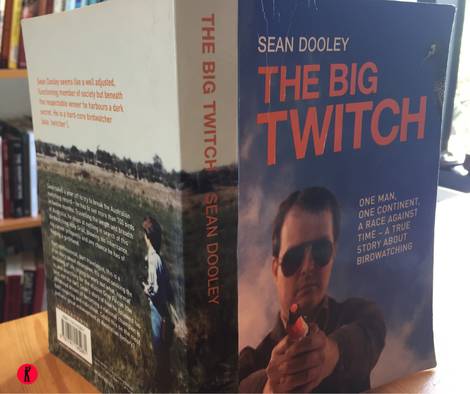 Few keen birders avoid the pleasure of ticking off the birds they see against some kind of master list. I know “twitching,” the obsessive pursuit of ticks, can arouse scorn, but shouldn’t a systematic pleasure be stronger than an unfocused pleasure?

A core inspiration for my own birding was Sean Dooley’s 2005 masterpiece about a ticking obsession, “The Big Twitch: One Man, One Continent, A Race Against Time – A True Story About Birdwatching.” The book narrates how in 2002 he ticked 708 Australian bird species, a big advance on the previous record of 633 set by Mike Entwhistle in 1989. Dooley’s book is a captivating, funny yet earnest paean to a fine obsession. Triumphant at the end, he wrote:

There are a million ways to occupy your time on this planet. They’re all pretty much absurd if you analyse them too closely. I chose twitching, one of the more outwardly absurd of them all I suppose but really no more ridiculous than anything else, yet that year of absurdity has had a profound effect on my life since.

Ever since 2005, I’ve wanted to reread “The Big Twitch” but time is too short right now, so today I confine myself to two bits of factual research. The first is: how many Aussie birds were there in 2002? Unfortunately, on this topic Dooley is not as precise as I wish him to be, simply saying there are “over 830” on the 1994 RAOU Australian Bird Checklist. He also says that after eliminating “extreme vagrants” (only once-off sightings), this comes down to “around 710,” which means he saw nearly ALL the birds in this country. 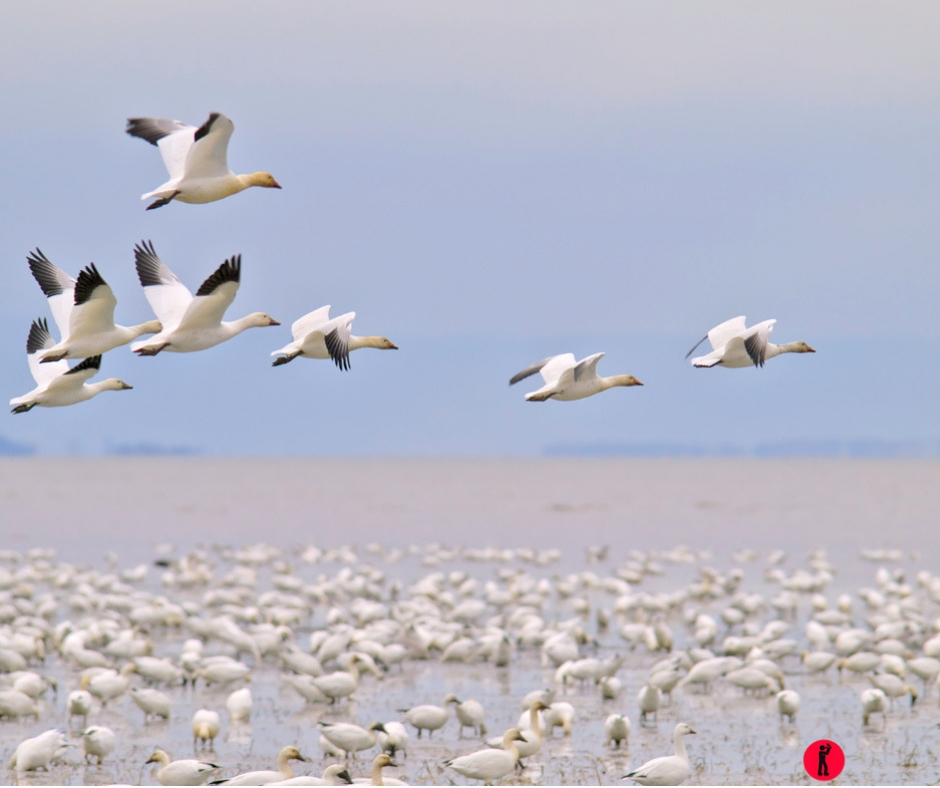 Study is such fun. Yesterday’s Wings Big Year reading unearthed a technical term I’d kind of known about but never appreciated. For migratory birds – creatures who breed in one place and then regularly fly somewhere else, often far away, for the other half of the year – a “flyway” is its annual path on a map of the globe.

This is most relevant for me. If I do indeed launch a special project next year on cranes, which mostly migrate, here are the words of advice of Harry Saddler (author of the terrific “The Eastern Curlew: The Extraordinary Life of a Migratory Bird”): “The idea of writing a book about migration without travelling along the migration route is inconceivable…”

That simple phrase might not strike you as particularly profound but it hit me like a hammer.