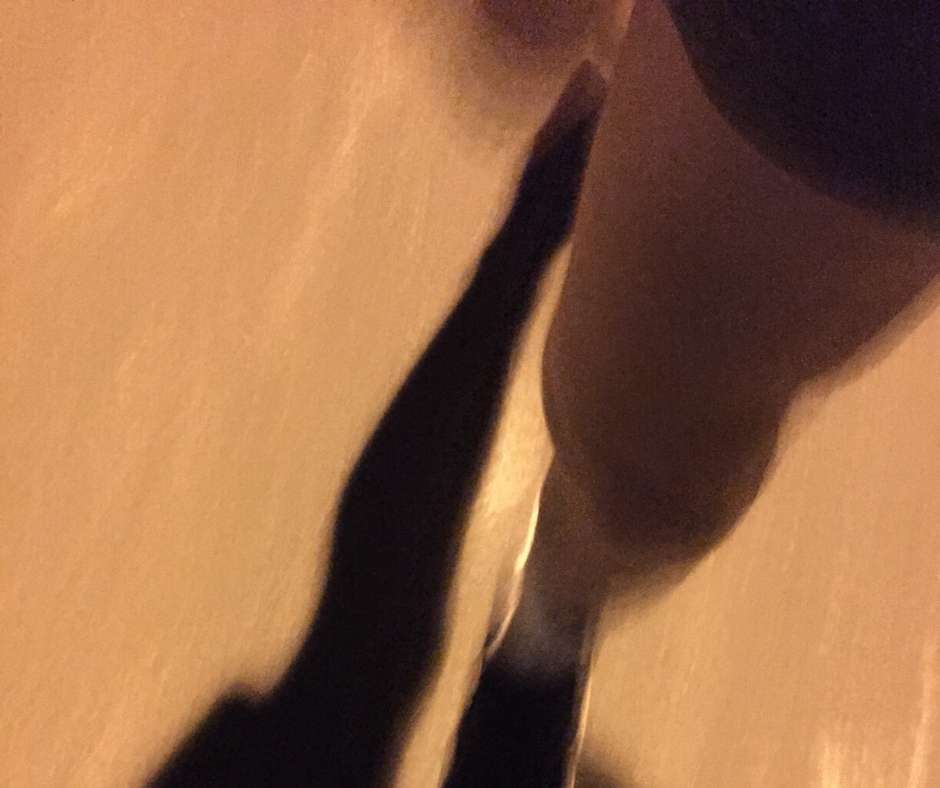 A hidden pleasure of lockdown: jogging down a major road early, early 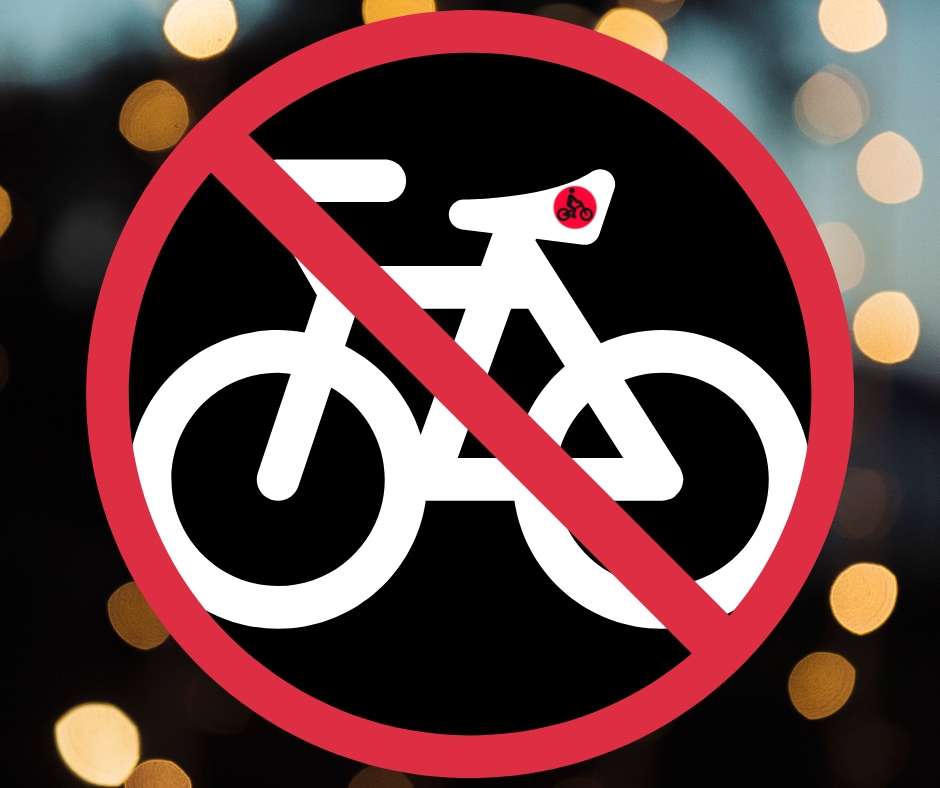 Upon turning age 60, I committed the next year, 2016, to jogging regularly, specifically 10 kms four times a week. The following year I followed the advice of several family members and friends to purchase a cheap bicycle and take up regular cycling, so 2017 was an intense twelve months of both running and riding. (I should note that I know plenty of people for whom my achievements that year were puny but what counts is my own relative effort). Injury came and in 2018 I tried a Big Year of mixing up jogging (now at more like 5 kms rather than 10) and cycling (now just short hit-outs) and gym. Last year was a physical struggle, with more injury and a loss of capability.

This year I embraced a Parkrun Big Year, based around getting faster at the organized Saturday running events, with a training regime built around jogging, short-distance cycles, and gym workouts. Progress was mixed. Then Coronavirus arrived and a couple of weeks ago, I abandoned the Parkrun Big Year. There didn’t seem to be any point.

Since then, as a result of a lack of motivational aims, and the weird state of lockdown, I’ve put on weight, slowed down, and become sporadic with exercise. I never turned into a couch potato, but I was sore, slow, and surly.

I’ve decided to put a firm foot forward. While I still can, I’m hunkering down to jogging four or five times a week, hoping to build up some speed (i.e. faster than my current pace, that of a half-dead tortoise) and distance, plus maintaining a gym routine (which, oddly enough, has been a reassuring constant during lockdown).

What has ended up being squeezed out is my bike. After three and a half years, I’m not sure that keeping cycling in my exercise mix works. I don’t have anyone to motivate me with social cycling and, frankly, I’m too busy to join groups. In theory, a mix of running and cycling works complementary sets of leg muscles to good effect. In practice, cycling on top of running leaves me sore and, perhaps, open to injury. It’s not that I dislike riding my bike, indeed I often really enjoy the experience, it’s just that I don’t, as yet, love it at the core of my being. I tell myself that when my knees and feet finally force me to quit running, that’s when I can switch over and embrace the two-wheeled life. Until then, jogging sits in my heart and I’m best devoting myself to it.

I’m not going to name a Running or Jogging Big Year for the remainder of 2020. I don’t need that motivation and any aspiration right now, during this period of losing weight and getting back into a routine, would seem downbeat. Instead, I’ll set myself Strava targets and just carve out a steady routine without overstressing any “challenge.” Maybe in 2021, I’ll tilt at a goal worthy of being named.

So for now, goodbye fair bike. I shall ride occasionally but 2021 will end up being a non-cycling year. 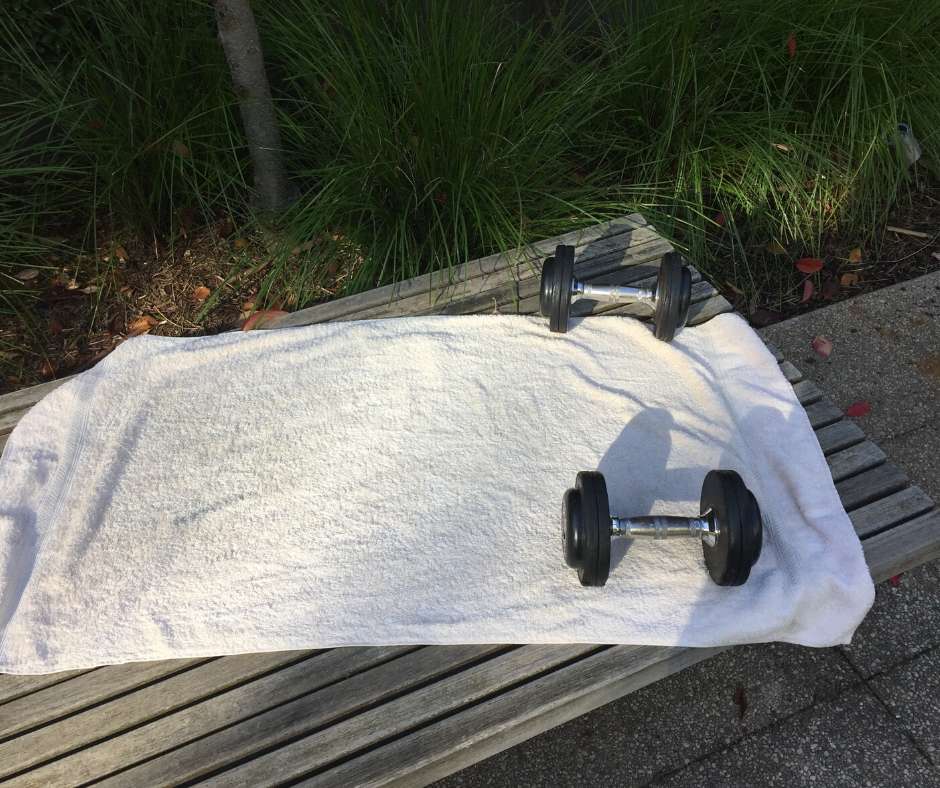 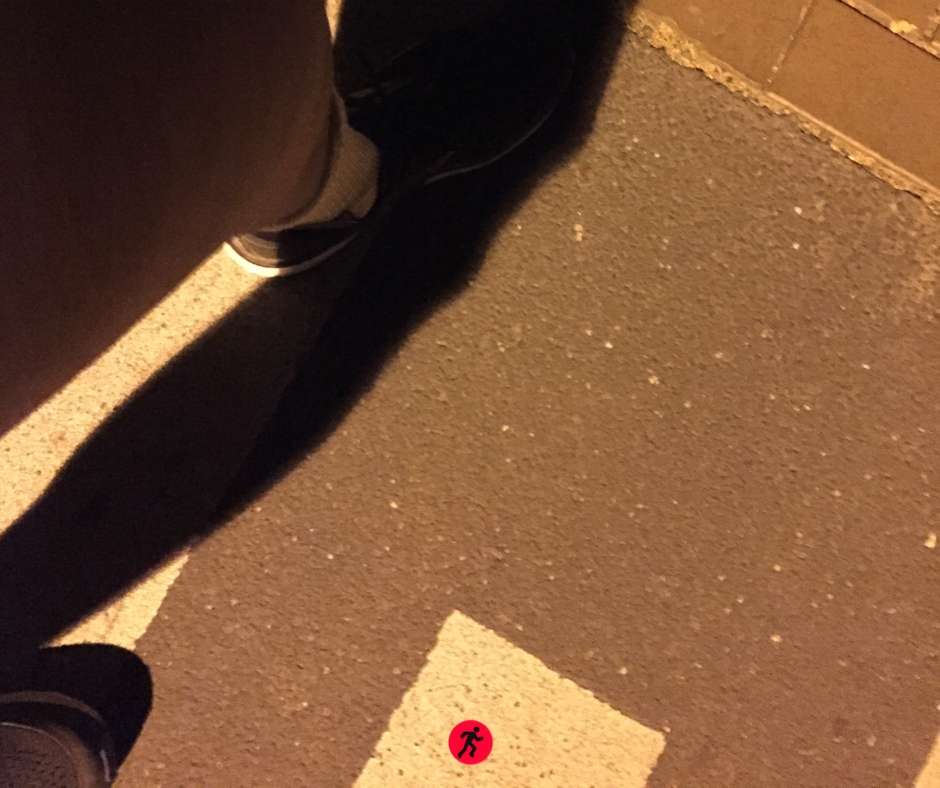 The aim was to do a 5 km Parkrun every Saturday of this year. Running amongst a crowd, with the stimulus of racing adrenaline, was meant to restore some of the physical fitness I feel I’ve lost since a peak at age 61 or 62.

Even when Parkrun was shut down globally, I kept up the concept, running each Saturday morning, trying to get back a little speed, and for some time a “pretend” Parkrun held meaning. But now, with lockdown still in place, and with a host of anxiety and work performance pressures, suddenly Parkrun makes no sense. A Big Year is a big deal to me, something that I single out from all the many noble impulses beating inside my chest, and faux Parkruns don’t excite or scare me enough. So … this particular Big Year is hereby cancelled.

I’ll put something else in place, or at least I suspect I will. But isolation and lockdown mess with motivation, so I’ll need to interrogate myself closely to see what might make sense over the remainder of 2020. 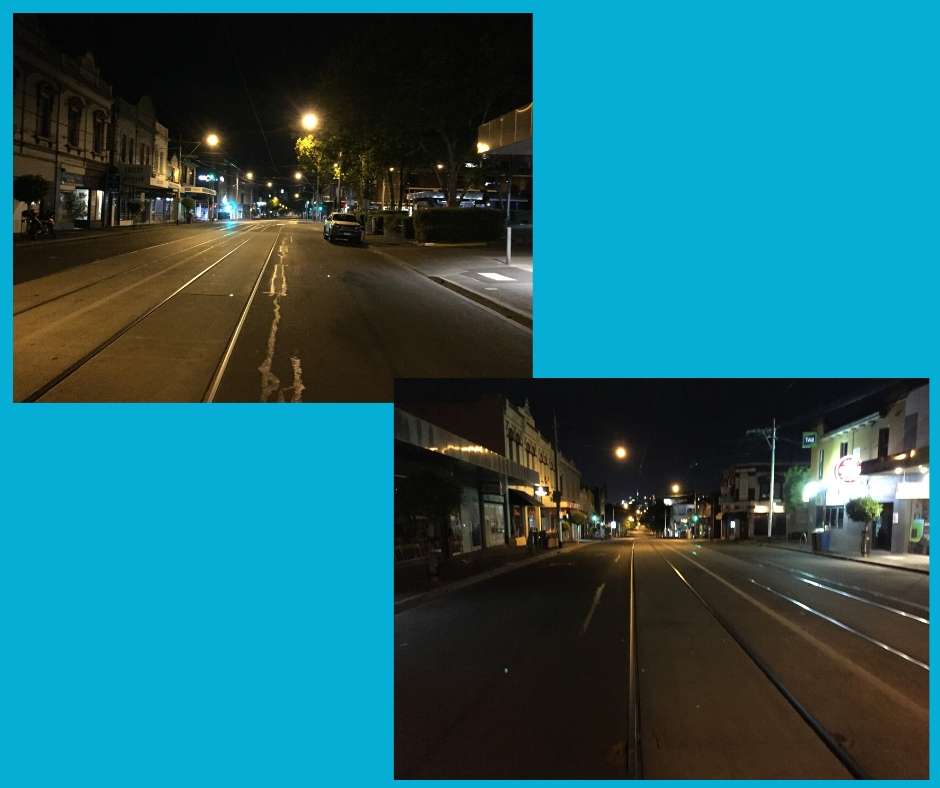 5:30 AM, Burwood Road, incredible, no traffic in either direction! 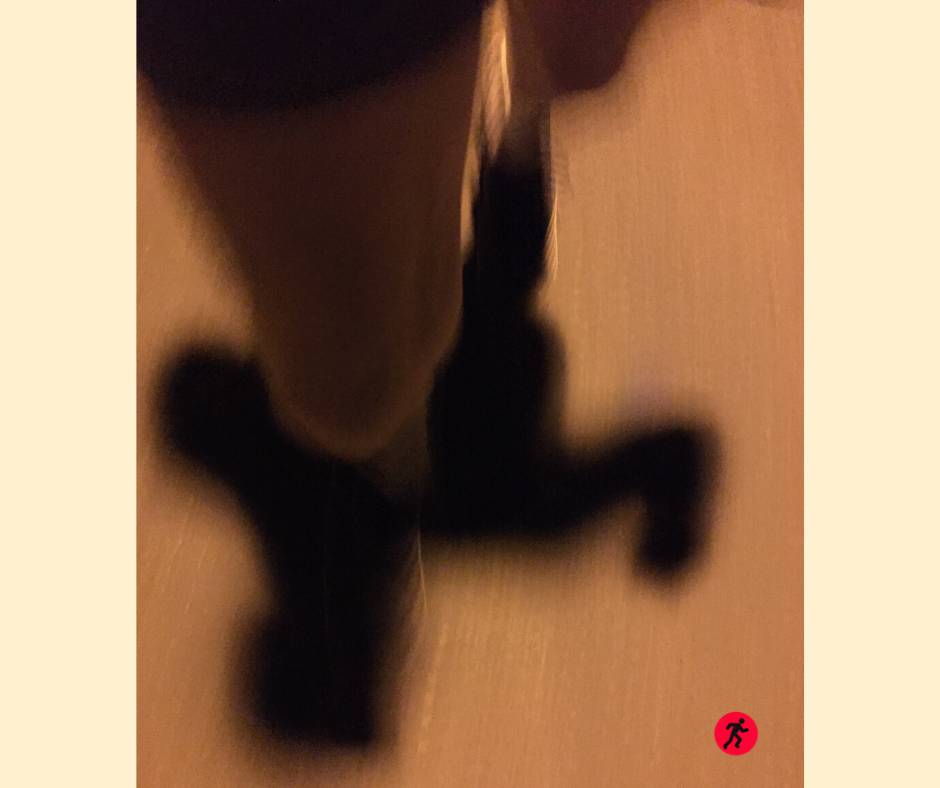 The best time to ensure your jog is self-isolating is 5 AM. 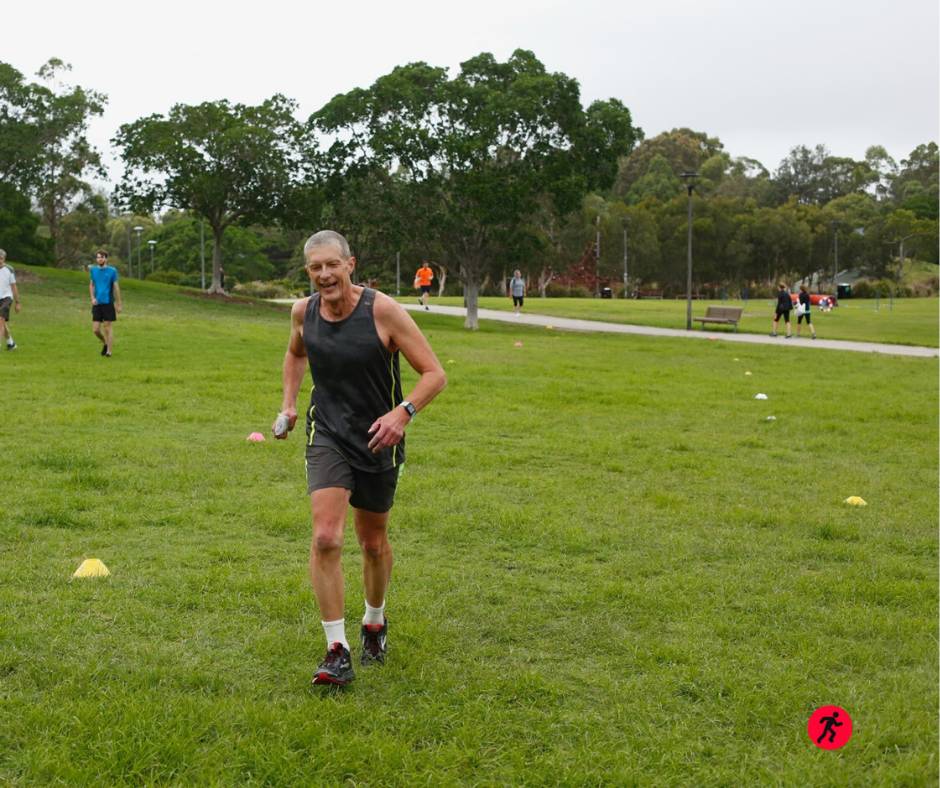 I ran in the St Peters Parkrun last Saturday. I’m accustomed to finishing in the top half of the participants, only because many walk part of the way. At Sydney Park, my heart sank when I saw how young and fit the 280 runners were. They’re a different demographic, the citizens of Newtown, near a major university. I ran steadily, that adjective denoting slowly, a tad faster than 7:00 mins/km, and I only beat 20 home. But I grinned.

That Parkrun was the tenth in 2020. I’ve missed three of them, once due to travel, once due to Extinction Rebellion, once due to smoke haze cancellation. This morning, Parkrun Australia took the sane action of suspending events as part of the Covid-19 lockdown. At least the next three events are kaput, but I’d guess more, so my Big Year resolve of running 52 events could soon be 50% under target.

I’m not feeling faster but general fitness is picking up and at last I’m getting the weight down, so I’ll honor this Big Year over the next couple of months by attempting 5 km runs on Saturdays with some speed in mind. I’ll court injury or puffed-out disappointment, but on the upside, hey, I might find myself shouting, “I’m improving!” 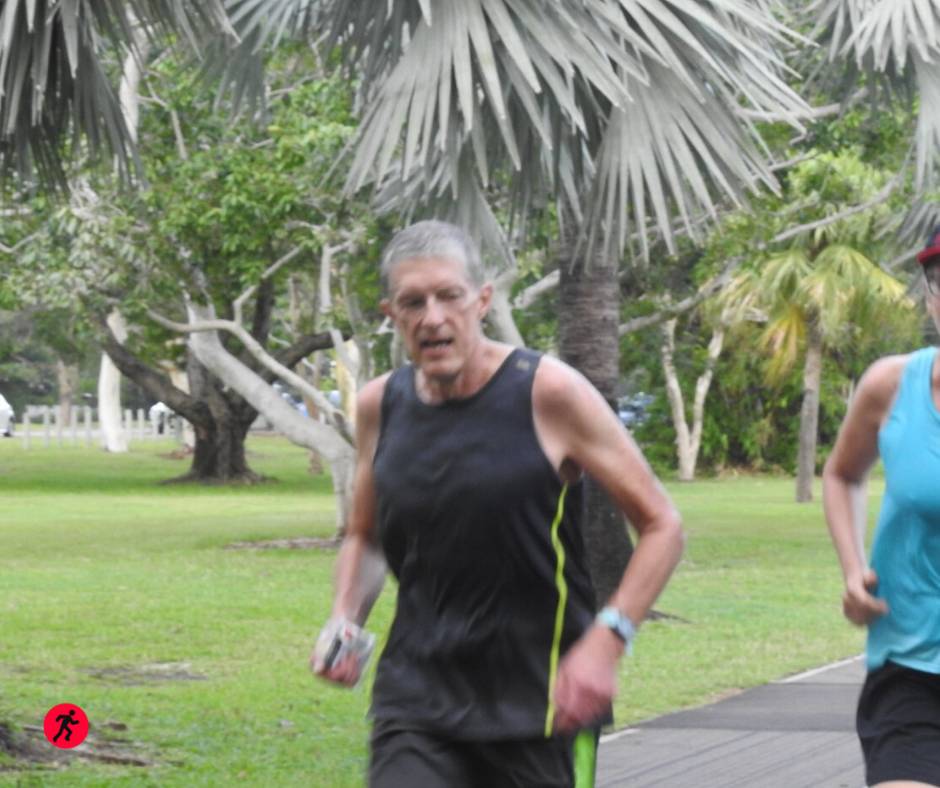 Nine days ago I experienced Parkrun in the soupy heat of the Wet season in Darwin. Nightcliff is a superb Parkrun by the bay but I was deep inside myself, so immersed in keeping going that I ran past my daughter and granddaughter without noticing them. I walked/ran from 4 kms, a deeply disappointing outcome (a pace of 6:56/km, nearly as slow as walking), but felt great afterwards. So a couple of days ago, back at Gardiners Creek in eastern Melbourne, for the first time this year I made myself run slowly, to plod behind runners who looked like they’d just soldier on. I ended up passing a few of them and crossed the line very content in myself. My pace of 6:52 was the slowest non-stop effort I’ve ever made but I didn’t care. Since then, I’ve felt comfortable taking a couple of days off from running, gym, or cycling, and I know I’m gradually putting on weight, but the pressure of expectations at the beginning of the year was too intense. Tomorrow I’ll renew my routines and aspire to more. 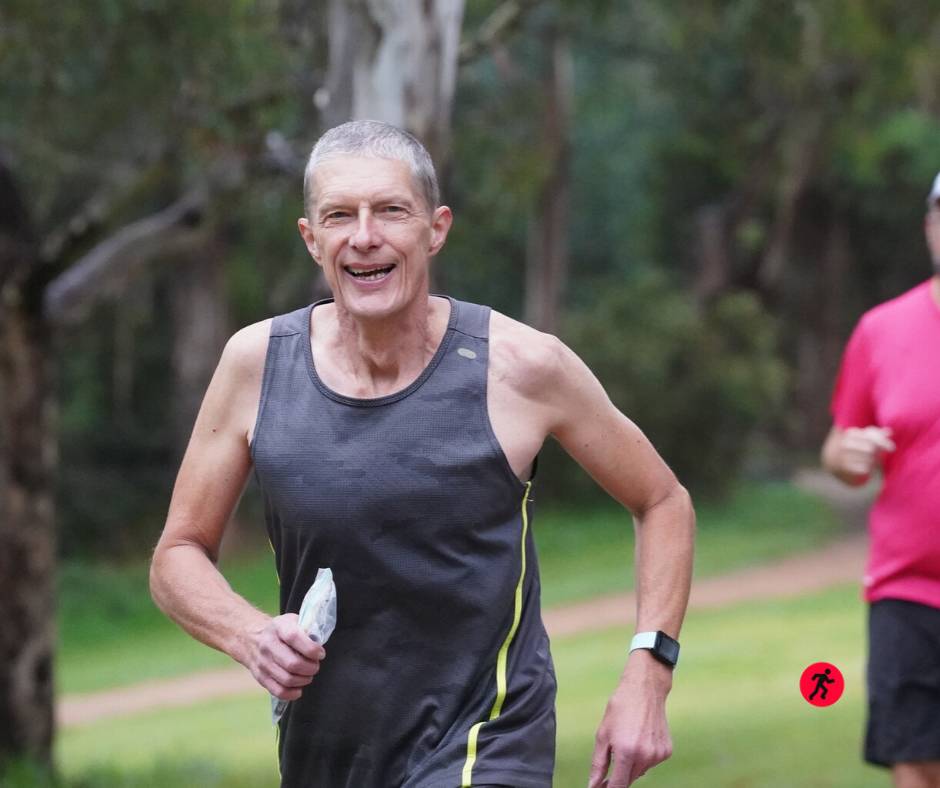 The limpy knee from the previous Parkrun fixed itself (which might indicate I’m getting fitter) and my physio has me strengthening muscles around the knees and by last Thursday I was up and running again. Rain was forecast last Saturday but stayed away and when the mass of aspirants surged off the starting line, I felt, for the first time this year, optimistic and joyous. I didn’t push the pace, so my pace was not marvellous, but I felt light and capable and happy to be there amongst a few hundred strivers. I walked towards my tram with bounce in my steps. 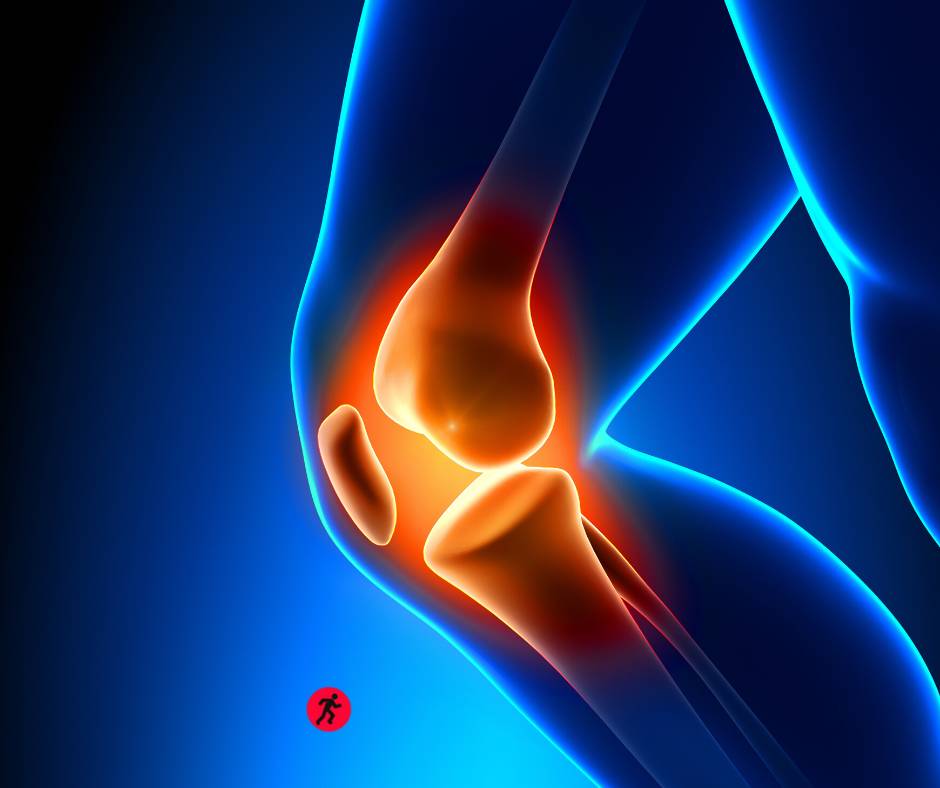 I’d begun to feel stronger and fitter but my left knee still “caught” every now and then, chiefly while walking, and a strange intermittent “weakness” in that knee was even more troubling. So I went to the physio three days ago and he assured me my knee was probably structurally fine but that I wasn’t utilising the left inner quadricep muscle properly (the right leg’s actions are fine). I came away with mild strengthening exercises to train the left leg to be a good boy.

All well and fine until Parkrun this morning. I caught the tram to Gardiners Creek and got there just in time. A huge crowd of nearly 400 took off at the signal. Worried that I’d burn out like I did the previous Saturday, I kept a slow, steady pace, and settled in behind a mother and her teenage boy. I finished with a slow pace of 7 mins/km, 138th in the field and 6th in my age group (which is small, just 8 mad old men). I’d been nervous and finished on an adrenaline high. The future beckoned … until I began walking the kilometre back to the tram stop and discovered the left knee was sore as heck.

I’m now a limping wreck and am icing the offending bone every couple of hours. It may well recover but if it doesn’t, what’s to become of this Big Year? If running is the cause, will I be able to cycle enough to compensate for the lack of two hours of strenuous exercise a week? Parkrun seemed such a hopeful new start. What now?